I’ve just finished rereading Nineteen Eighty Four again, a book I first read as a teenager in, um, 1986. And at that time I wasn’t too impressed.

I actually first heard of Nineteen Eighty Four in, surprise, surprise, 1984, when the newspapers had fun drawing cartoons of a sad-faced George Orwell with little perky birds telling him to cheer up and not be such a grump. But I had to wait two more years before I got a copy. It was part of an Orwell omnibus, and the only other of the books in there I read was Animal Farm, which I liked one hell of a lot more.

But this isn’t about my reactions to Nineteen Eighty Four, and it’s not a review of the book, which is in any case so well known these days that anything I have to say on the plot would be superfluous.

So I’ll just make these points:

In Nineteen Eighty Four, you have a society which is under continuous surveillance of all its activities by a government comprising an overclass with no accountability, which comprises about 2% of the population, and has a lifestyle the rest can only dream of.

This overclass lords it over a global empire, where the inhabitants of distant lands are forced to produce everything consumed by the core areas of said empire. And these things are reserved almost entirely for the overclass, while the vast majority of the population starves.

You have the overclass triumphantly announcing that things are growing better economically by the year, while for everyone except its own members, things actually get steadily worse.

You have this overclass maintaining its hold over the populace by, in part, an endless war in which yesterday’s ally is today’s enemy, and the population is deliberately kept too brainwashed and ignorant to notice.

You have education carefully manipulated to ensure that children grow up imagining that all achievements in the history of the world are to the credit of the empire led by this overclass, and that the rest of the world has nothing positive to offer.

You have this overclass making false flag attacks on its own people to manufacture patriotism, which is enforced by carefully directed hatred (“Two Minute Hates”) of a Public Enemy, who allegedly seeks to overthrow the “freedom” enjoyed by the people.

You have this overclass deliberately luring people into nonexistent “conspiracies” in order to arrest them as enemies of the state, who are planning to commit acts of sabotage. They are then tortured into confessing not just anything they are accused of, but actually coming to believe in their own confessions.

And, last but far from least,

The empire maintains a military machine which is nurtured at the cost of all else, except for the internal “security” apparatus. The actual welfare of the people is not only of no interest, the state makes sure that the people do not prosper, since if they have enough food, leisure and education to be able to think for themselves, that might lead to them asking dangerous questions. Instead, they are fobbed off with trashy entertainment and the executions of carefully created hate figures, which are a public spectacle. 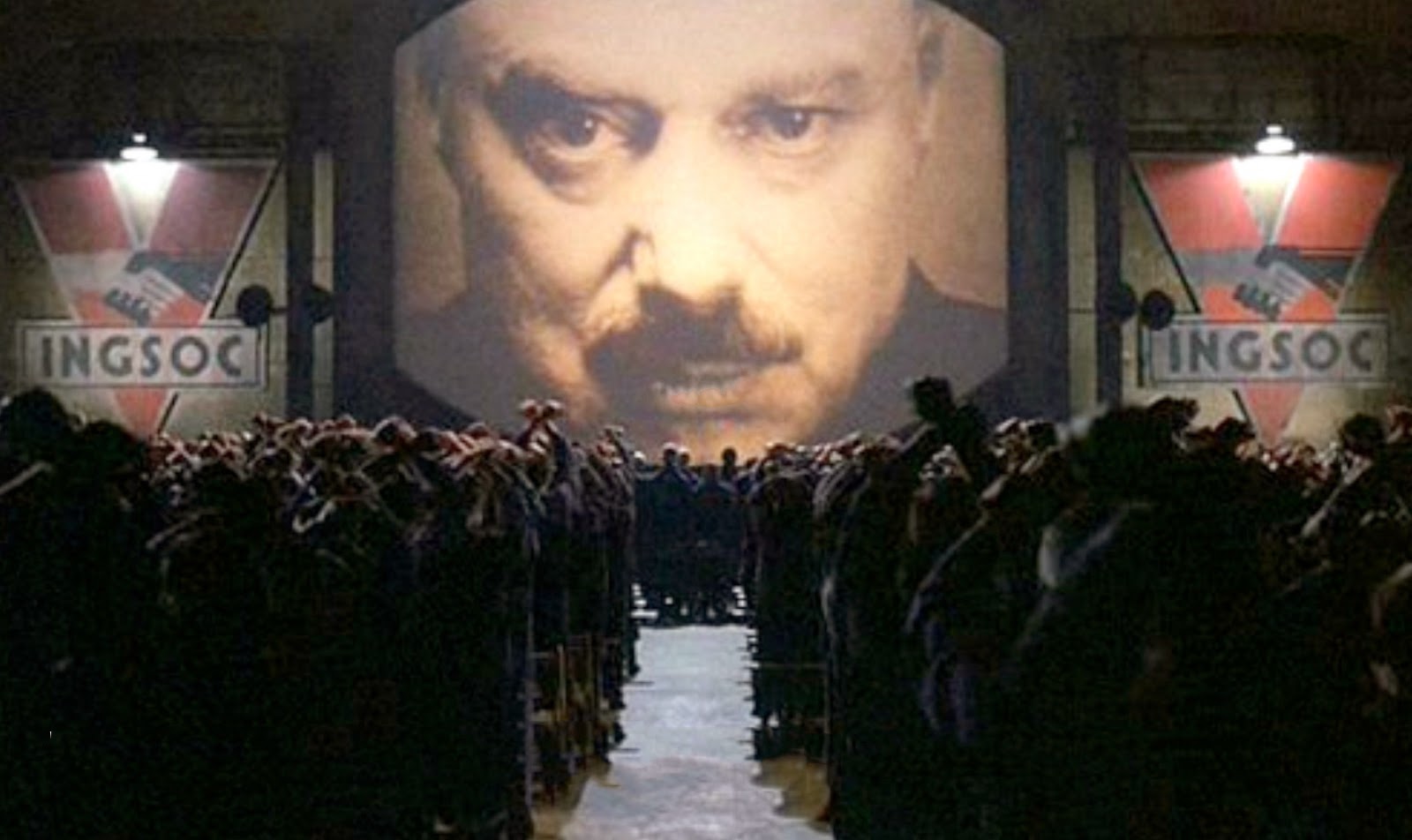 Does this all sound familiar?

I said I didn’t like Nineteen Eighty Four all that much when I read it first. I thought I was reading a dystopic novel, you see.

I did not know it was an instruction manual.