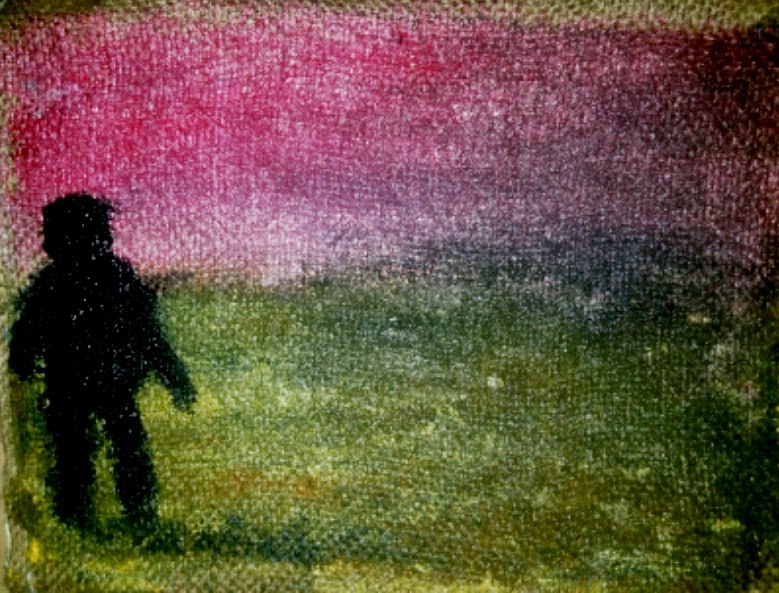 I can't say this is very representative of my usual style, being melancholic but totally without any "controversial" content. I was just trying out what it felt like to paint on sacking. I may go back to stone for the next one. 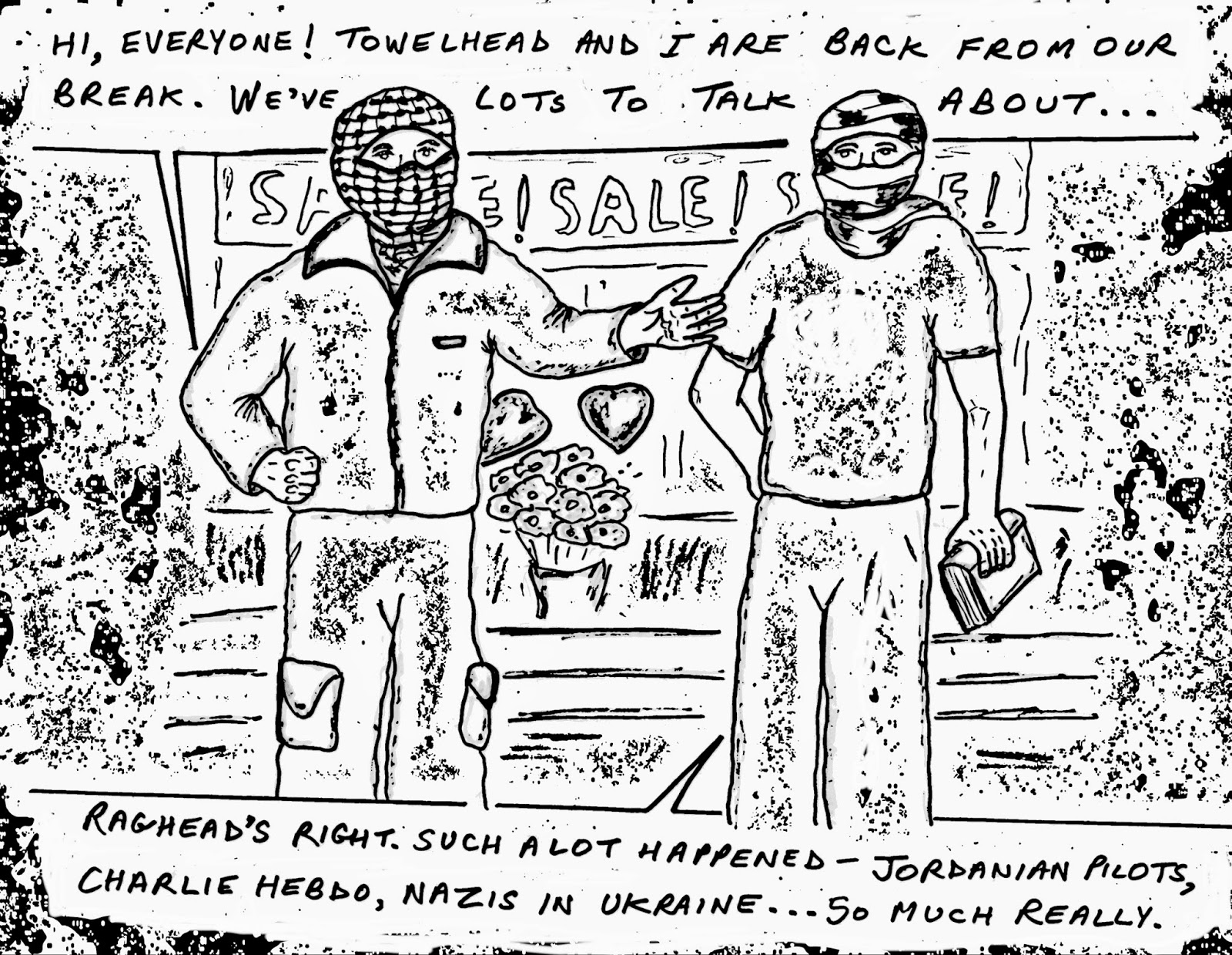 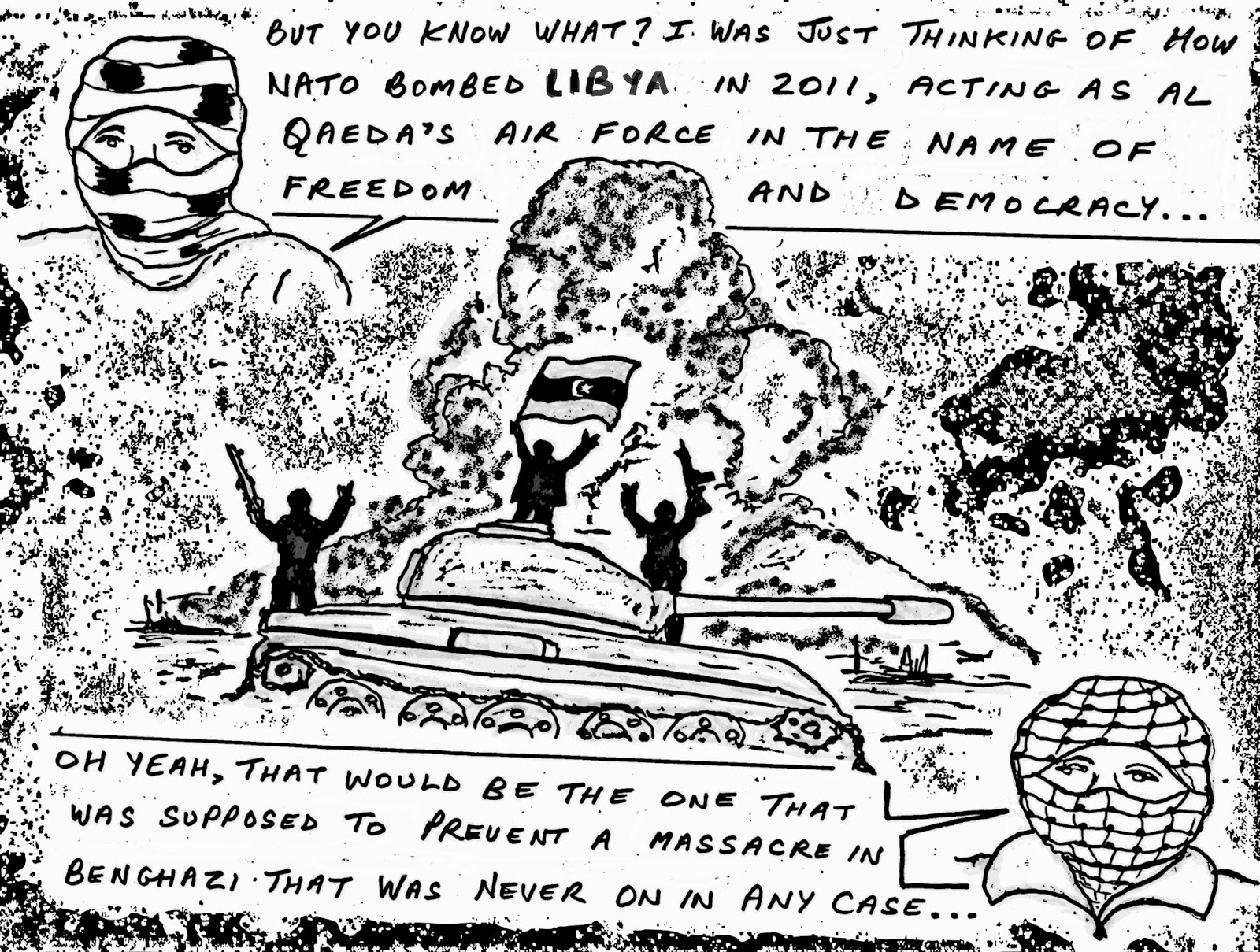 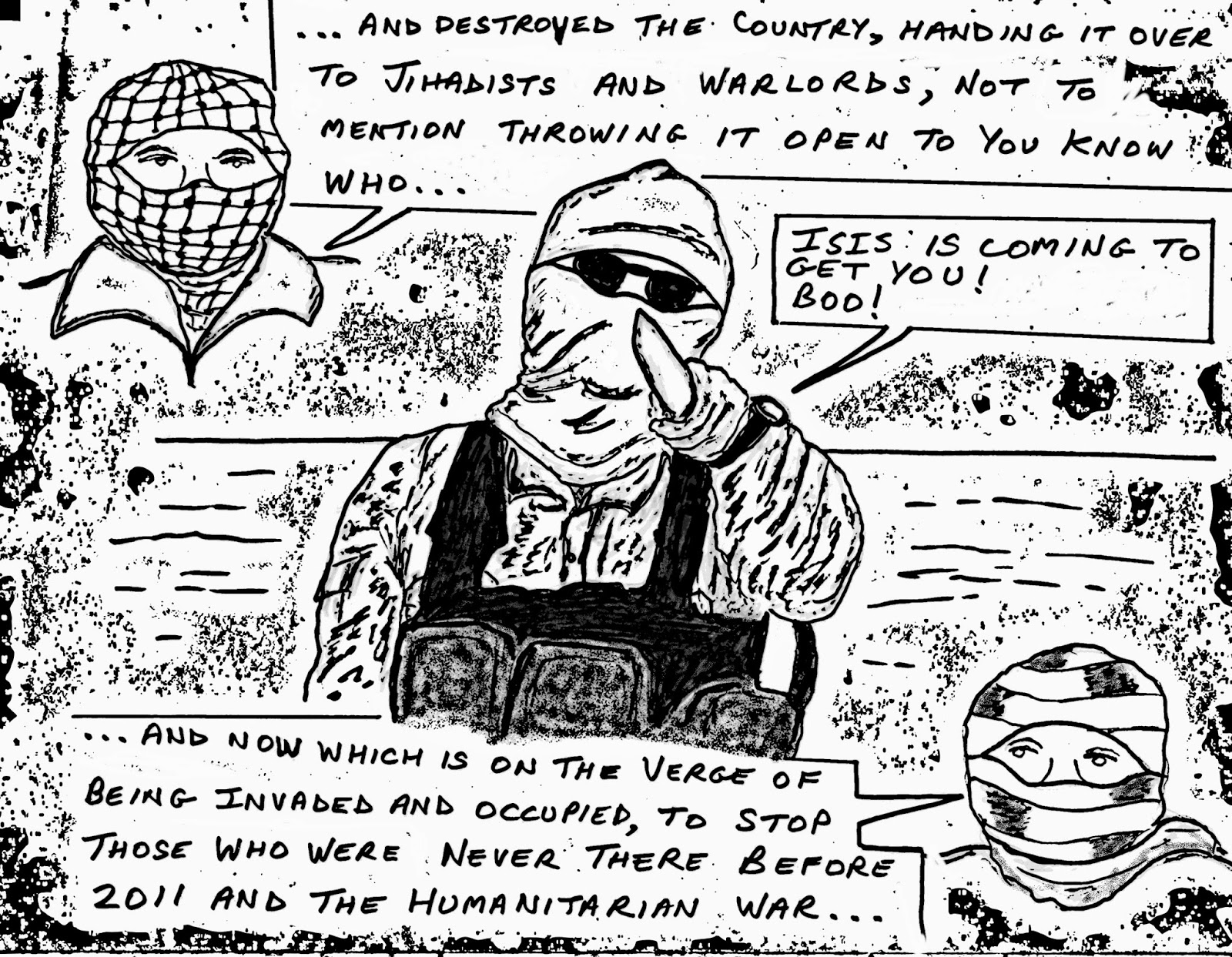 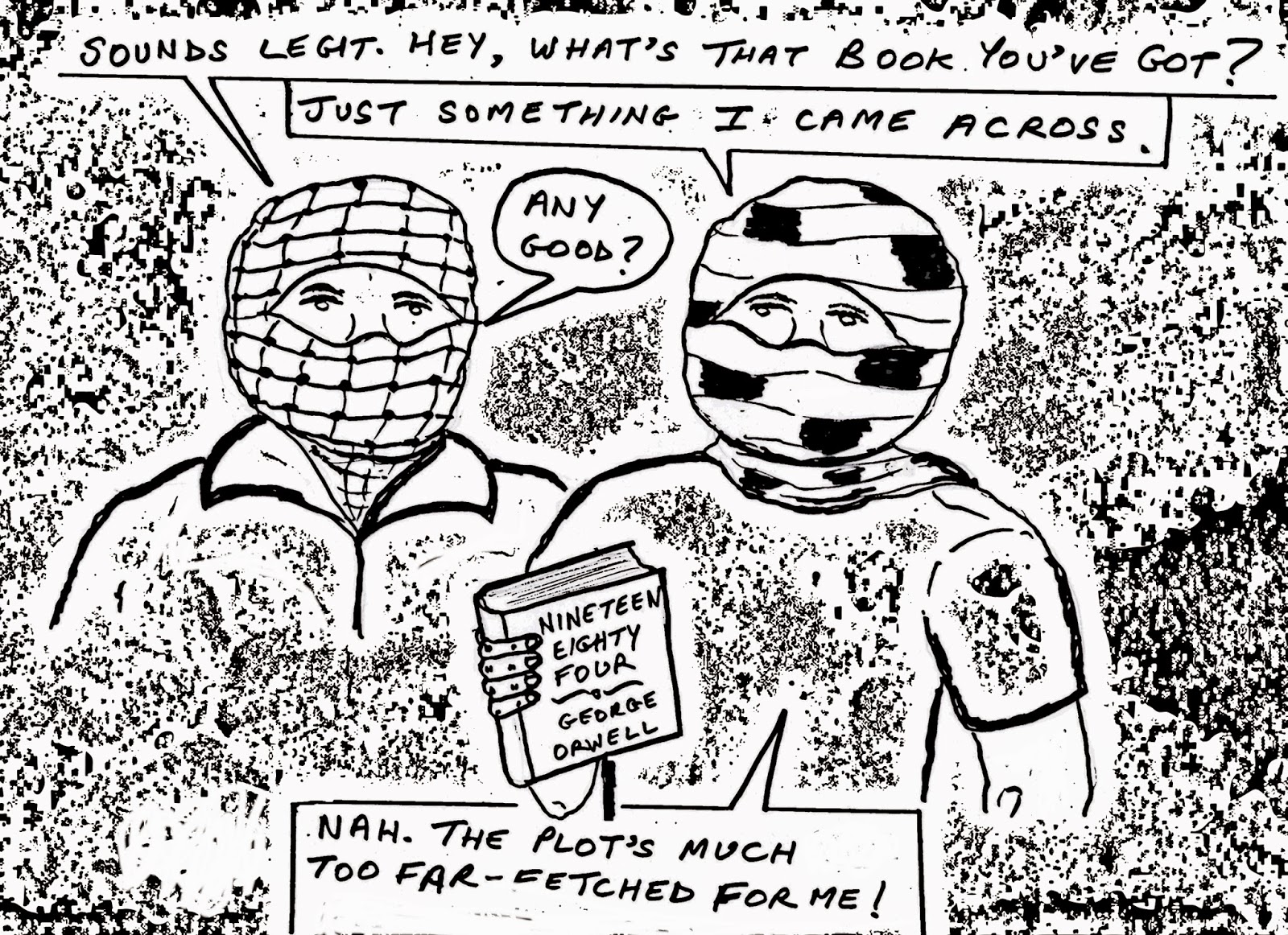 I walked down the old steps
Last night
Into the city
Waiting.
Past the old houses that were before I was
Past tall buildings where trees once grew,
I walked down into the city.

The buildings crowded around me
Towering,
Fancy cars parked outside,
Skin of brick and mortar,
Bones of concrete and steel,
Opaque to view, hiding the things within –

The wires overhead crossed the streets
Bringing light and heat, bringing stories
Of what lies politicians told,
Of which celebrity slept with whom
And who just began another war,
And the people sat watching soap operas
Cricket games,
And clucked to each other about the state of the world.

Down into the city
Past the buildings where fathers came to their daughters’ rooms at night
And stifled their soft cries with hard hands
Past alleys where women dragged by their hair
Had knives held to their throats. Call the police?
Only if they want to make things a thousand times worse.
So, avert your eyes and move on.

I walked down into the city.

Something wrapped in a tattered blanket whined at me, held out a hand
Man, woman, old or child – impossible to understand
Faceless, eyeless, yet alive, yet burning with
The yearning to carry on.
What can I do? Give it a coin? What good will my coin do?
What good can I do? Can I give it a life? A home?
“Go away, I have no change.”
Avert my eyes and carry on.

Here the bright lights, the restaurants leak music,
Boy and girl kissing under a tree, romantically
Dressed in clothes made by slaves in sweatshops
In a town not unlike this
Not far away in this world.
Skeleton kissing skeleton
Each thinking their own thoughts,
A flicker of love, perhaps, perhaps not
To be snuffed out like a candle in the wind.

Down I walked into the city.

Down to the marketplace, where chickens and fish gasp out their lives on blocks
Blood spraying to prove how fresh they are;
Avid customers watch
And haggle, while the world goes by
And someone scrapes for food in a dustbin
Someone’s mother, someone’s son.

And I woke –
Arms reaching out,
Crying calling
To emptiness and silence.
Perhaps the river
Was too much happiness
To hope for.