The Scene: West Asia.
The time: The recent past. The 4th December, 2011, to be exact.
The Story: In an atmosphere charged with threats of war against Iran, a top-secret RQ 170 “stealth” surveillance (meaning spy) drone was brought down over the Iranian city of Kashmar, all of 225 kilometres from the border with Afghanistan. It had accidentally gone astray over Afghanistan. You know, the way a drone “accidentally” flies over the border and disappears only to turn up two hundred and more kilometres away. Happens every day.

But this was a Crisis, because clearly only One Man stood between Safety and the End of the World as We Know It. The Bearded Madman in Charge of Iran could not be allowed to become the Bearded Madman Who Knows the Secrets Of Our Drone.

The Sodomizer (sic) of Your Children

I knew I was a hook nosed camel fucker and an uninformed brain dead libtard fucktard. I also knew I was a/the Devil. Not to mention a card-carrying traitor.
Now I find I'm a "supporter of the sodomizers (sic) of children" as well.
What's this about?
I just discovered that I’ve been blocked by Uruk Net.
For those of you who don’t know, Uruk Net is, on the surface, a “progressive, liberal” Arab site, which does all the progressive and liberal things – condemn the crackdown on protestors in Bahrain, support the Palestinians, the Egyptian protestors, and so on. It backed Gaddafi “to the hilt” against NATO and the “rebels”, mourned his murder, and supports his daughter’s call for a revolution. That’s all very nice of it.
Yet – there was something very strange about Uruk Net; something so strange and interesting that I swiftly came to the conclusion that it was a Zionazi propaganda tool.
You see, there's such a dichotomy when it comes to what these same people say when it comes to Iran and Syria.  Uruk Net supported Gaddafi – and yet in Syria, where an identical liberal-nationalist government is threatened by an identical fundamentalist cabal of “rebels” supported by NATO (in fact many of the Libyan rebels have been exported to fight Assad) and the same unsupported tales are being told of civilian massacres, suddenly it believes every single word, condemns the Assad government, calls any doubters (like me) “supporters of the sodomizers (sic) of children”, and so on. According to it, the West is actually backing Assad. I pointed out – with proof – the NATO backing of the “rebels”, their open hosting by NATO member Turkey, and the fact that the “rebels” have stated that their future “government” would be pro-Western. All I got was abuse.
Uruk Net’s equally full of vitriol against the Iranian government. In other words, while it’s safely on the “right side” when it comes to nations and peoples who can’t threaten the Zionazi pseudostate, as soon as it comes to the two countries that are really bulwarks against Zionism, all those liberal thoughts go right out of the window and it becomes a fanatic de facto supporter of the Zionazi cause. (It can safely back the Palestinians because they can’t actually do anything to hurt the Zionazis.)
It’s a propaganda stance that works along these lines: tell a series of obvious facts, and then sneak in a few lies under the radar so that they’re believed in the general flow. Like this series of statements, for example:
The sky is blue, water is wet, having children imposes certain duties on parents, politicians lie as the default option, the Pope eats live bats for breakfast, the average TV show is dumbed down to the lowest common denominator, and Elton John is gay.
Now, of course this is an exaggeration, but you’ll notice that if I slipped in something that was a little less over the top ridiculous than the Pope eating bats, it probably would have hardly registered as fake on your mental radar in the rest of the flow of “obviously correct” information. Zionazi propaganda isn’t preaching to the choir – it’s seeking to convert the fence-sitters. The Zionists have long been known (it was openly declared in Haaretz) to have recruited a force of bloggers and other disseminators of propaganda on the net.
It’s strange that a website should go out of its way to block someone who provides proof of a viewpoint at odds with its own. Surely if my proofs were inadequate they could just have ignored them? The moment I even mention the possibility that they are a Zionazi front, wham I’m blocked.
Significant, uh?
I don’t mean to say all writers on Uruk Net are the same. Many are undoubtedly sincere. But they probably don’t know the unwritten rules of the house.
Um, well, I suppose I could call this a badge of honour. At least I'm forcing the bastards to sit up and take notice.

That's better than nothing, isn't it?
Some links:
http://www.informationclearinghouse.info/article29843.htm
http://willyloman.wordpress.com/2011/11/28/cuban-missile-crisis-ii-russian-and-u-s-battle-groups-off-syrian-coast/
http://www.haaretz.com/news/middle-east/syria-opposition-leader-we-would-drop-iran-hezbollah-ties-1.399319
Posted by Bill the Butcher at 10:36:00 pm No comments:

Letter To The Editor 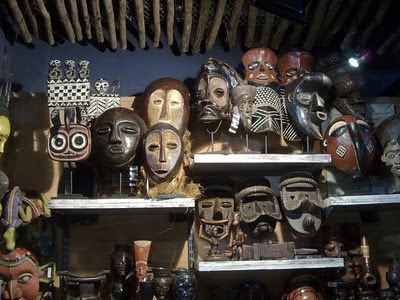 A Little Experiment On the Difference Between Male and Female Brains

I’d like to run a little experiment here.
First, look at this:

Check out the steering tillers instead of a wheel, and all that wiring and equipment consoles on all sides.

Look at the periscope here – that rectangular glass thing hanging from the ceiling. It’s what you’re supposed to look through when the hatches are closed, in order to drive.

If you look over your shoulder, this maze of equipment is what meets your eyes:

Right.
Now, tell me this as honestly as possible:
Would you like to drive this thing?
OK, now that you’ve answered that question, I have another:
Are you male or female?
Yes, I thought so.
I’d lay a wager that any male who looked at that driver’s position would totally have wanted to climb down through the hatch and into this maze of equipment, grabbed those tillers, and started the engine into life. Even someone like me, a right-brained natural left-hander with zero mechanical aptitude, can feel my hands and feet itching to get to work on those gearshifts and pedals. It’s like something calling to the male brain that makes us adore doing things that are undoubtedly uncomfortable and possibly dangerous. Undoubtedly it has an evolutionary explanation – and one which hasn’t made us go extinct. Yet.
Don’t get me wrong, ladies. We men also like to drive luxury cars. But, given the choice of driving a Bentley for an hour, or a T-72, guess which we’d rather choose?
It’s a male thing. Most of you ladies wouldn’t understand.
And as for those who do – well, you’d be right down inside that tank with us.
Wouldn’t you?

Email ThisBlogThis!Share to TwitterShare to FacebookShare to Pinterest
Labels: psychology