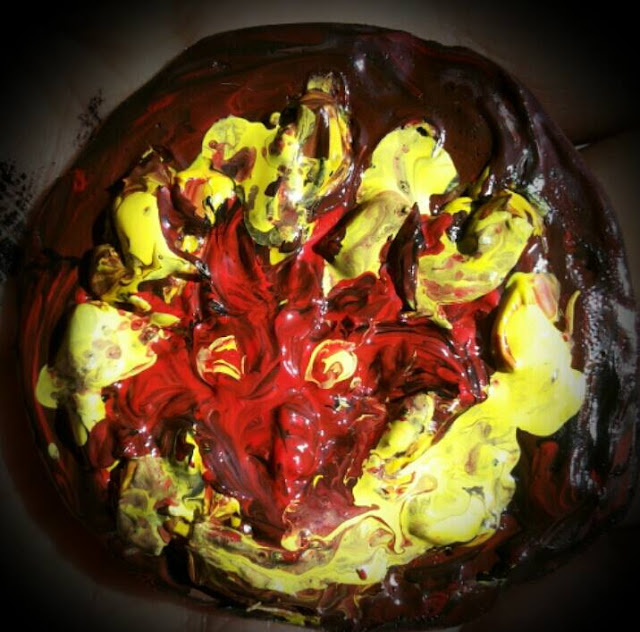 Title: Rage DemonMaterial: Acrylic and gouache on acrylic plate.Copyright B Purkayastha 2015﻿
Posted by Bill the Butcher at 10:09:00 pm No comments: 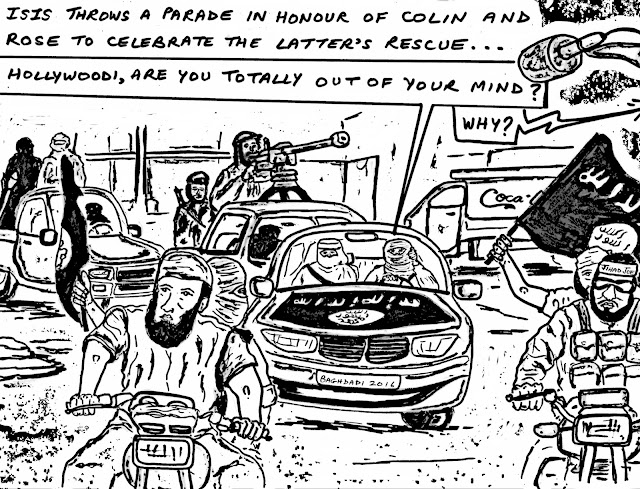 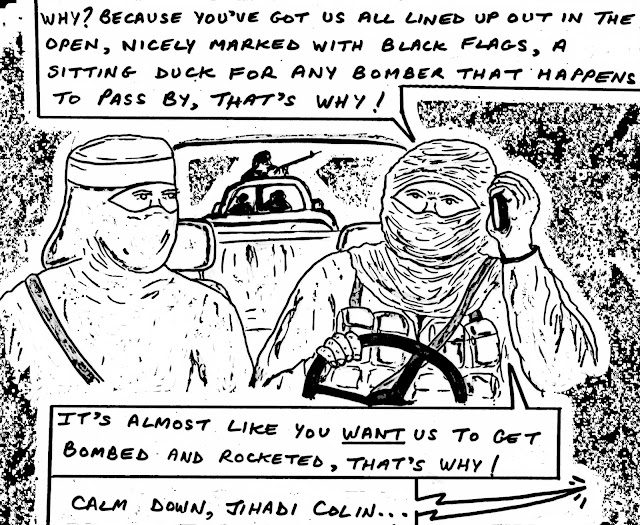 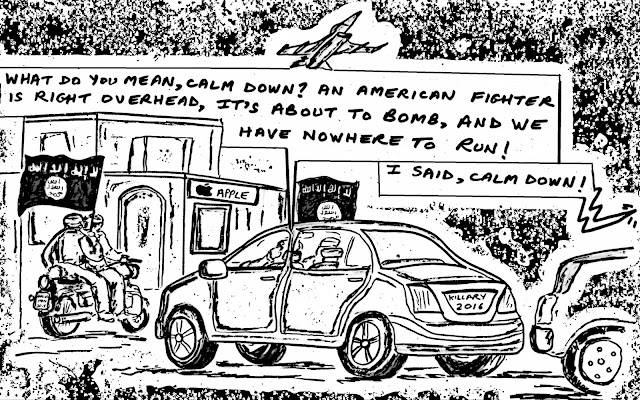 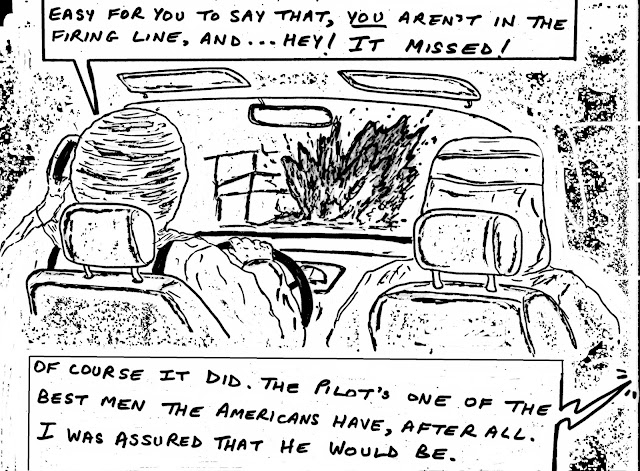 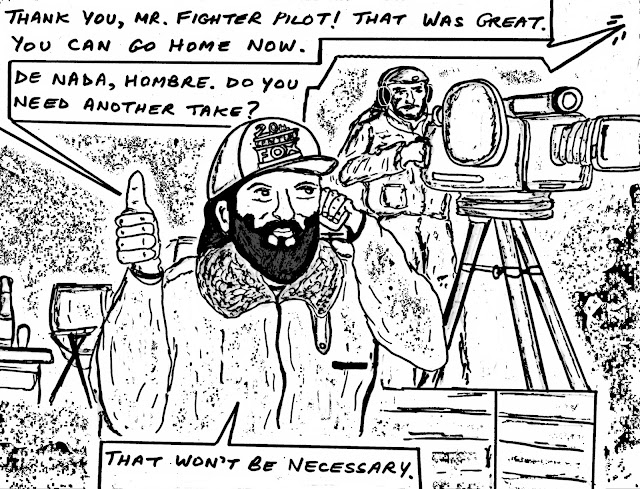 In the course of drawing this strip, I realised – somewhat belatedly – something I think worth mentioning. You know that – as in today’s episode – I have frequently had cause to draw ISIS flags. Have you ever thought about this ISIS flag? It’s interesting, for more reasons than are immediately apparent.

For instance, it’s instantly recognisable, and nobody will ever mistake it for any other flag, anywhere. For another, it’s easy to copy and reproduce (fortunately for me, and, I imagine, other cartoonists), unlike, for example, the horrendously complex flag used by its parent organisation, Al Qaeda. In fact one doesn’t have to know a word of Arabic to be able to reproduce the ISIS flag, even from memory alone. I mean, even I can.

Now, isn’t this – from a marketing point of view – very interesting? An instantly recognisable logo, setting out one’s brand on the market, totally unique and easy to spread further, with ethnicity and linguistic ability no bar whatsoever? Lots of companies would kill for that kind of recognition...in a manner of speaking.