In news that will surprise absolutely no sane person, the corrupt senile war criminal and so called “president” of the Imperialist States of Amerikastan, Joe Biden Bidet, has decided to reverse Donald Twitterführer Trump’s so-called plans, or promises, or half articulated thoughts about withdrawing from Afghanistan and illegally occupied East Syria. The “rationale” for this is that Amerikastan must stay there to “fight ISIS”. Obviously, if Amerikastan has to fight ISIS, there have to be ISIS to fight, and – by a total coincidence, I’m sure – ISIS is suddenly swarming over areas where they had been extirpated from by the Syrian army years ago, and bombing Kabul as well. Absolute and total coincidence, I tell you!

Meanwhile the Bidet regime is also making moves to declare al Qaeda in Syria (which nowadays calls itself Hayyat Tahrir al Sham) not a “terrorist” organisation. This would hardly be a surprise, since it’s already declared al Qaeda affiliate the Turkistan Islamic Party (of Uighur jihadi headchoppers) not terrorists.

As such, both ISIS and al Qaeda must be overflowing with gratitude to Bidet, and since it wouldn’t exactly be decorous for them to send him a Valentine, I did it for them.

(Apologies for the recent lack of writing and cartoons. I have had health problems, and I actually drew this with a strapped up right wrist. I hope Bidet is grateful, or at least “wins” the Nobel Peace Prize. Why not?)

The Lens Of Hypocrisy

From Kookiepedia, the Twee Encyclopaedia

The Lens of Hypocrisy is a creation of the MI6/CIA Laboratories in Newyorktimes, BBCNNistan, which is meant to protect viewers and/or readers from an overdose of facts and truth which might be harmful for them. Facts and truth are addictive and tend to lead those exposed to them into doubting  regime change colour revolution  attempts, oppose imperialist wars of aggression, and condemn the murder of children by drone strikes. In order to protect them the Lens of Hypocrisy is designed to be placed firmly between facts and truth and the audience.

The Lens of Hypocrisy works by twisting all facts and truth  by 180°, so that,  for instance, a blood soaked war criminal who spent eight years bombing seven countries every three minutes is a Nobel Peace Prize "winner", an American instigated Nazi coup in Ukraine  becomes a "Russian  invasion", Syria defending itself against a horde of jihadi cannibal  headchoppers becomes "Assad gassing his own people", a piece of Guano who didn't even stand for election is the "legitimate president of Venezuela", and a racist Quisling and convicted criminal with a sub-2% approval rating is "Putin's greatest opponent" and will inevitably "overthrow him".

It is noted that the lens is not large enough; individuals who move far enough to the left, or even sometimes to the right, receive an overwhelming exposure to reality. Such individuals become almost irredeemably unbrainwashed and potentially Russian bots, trolls, and puppets of Putin. At this time efforts are being urgently made by the Twittergoogle Laboratory in Zuckerbergistan to deal with this problem. 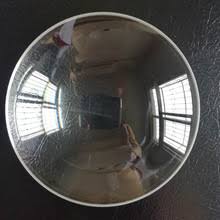