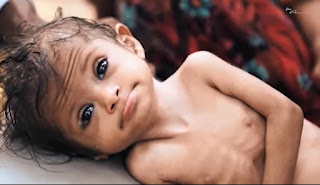 Rock a bye baby there’s no sense in weeping
If Syria’s bombed again while you’re sleeping
Bidet will babble, and pushing right after
Kamala Harris with speeches and laughter

Into the wrecks that yesterday were countries
Past destroyed villages, with corpses for sentries
They shall advance and CNN will follow
Singing their praises puffed up and hollow

Bidet and Harris with cackles like witches
Will rip open hearts and close mouths with stitches
Talk of freedom, while Wall Street makes gallows
And turns every eve to nightmare All Hallows

Rock a bye baby there’s no sense in weeping
If  Iraq’s bombed again while you’re sleeping
Bidet will babble, and pushing right after
Kamala Harris with speeches and laughter.

The Rationale Of Gobble-sian Propaganda 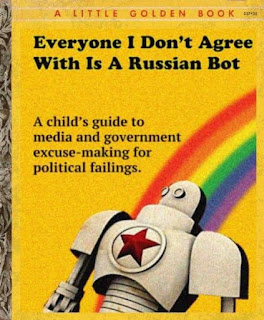 A couple of days ago,  on the comments on an article about the continued propaganda offensive against Russia and China, someone pointed out that the accusations were so infantile that no sane person could believe them. For instance, that even assuming  Putin would want to eliminate such a total nonentity as Navalny (who among other things is utterly  unelectable and hence a safe outlet for the anti Putin liberal crowd to focus on), he  would use a "lethal", "invariably fatal", nerve agent, instead of,  I don't know,  arranging a nice quiet accident, and then send Navalny to NATO stooge Germany for treatment,  where of course this "killer" poison failed to kill him. Who would believe such a story? What kind of idiot would promote such a story as a propaganda  campaign, and expect anyone to believe it? Couldn't they find any more believable narration to natter on about?

I thought about it for a bit and then the answer came to me.

The first thing I took for granted is that people who are inventing these tales aren't idiots. They are professional propagandists and know exactly what they're doing.  So their stories aren't incredible by accident or incompetence, they are quite deliberately so.

Because these people have absolute and total contempt, and justified contempt, for their own citizens,  who are the targets of the propaganda. They know that their people have one of three  choices:

1. Do not believe the lies, but keep silent. This is not safe because it may lead to you being suspected of being a closet No 2:

2. Do not believe the lies, speak up, and immediately be made an example of as a "Russian agent", "Kremlin bot", "Chinese useful idiot", "Assad apologist", or similar term. This may include unpersoning, dismissal from employment, and, in only a matter of time, imprisonment without benefit of trial. Look at Assange for example.

3. Do not believe the lies, but loudly and constantly proclaim your belief in them,  make them a part of your own personality, totally armour yourself against facts,  reject even the possibility of independent knowledge,  and prove yourself a loyal citizen.

Obviously,  for this to happen, a remotely  believable propaganda campaign would be unnecessary,  and in fact counterproductive, because it would need some kind of evidence to back it up, and leave room for dissent. Any reason why you should bother when evidence free, deliberately ludicrous propaganda will do the job much more effectively by forcing the people,  for whom your contempt is justifiably  boundless, to conform?

If everyone who disagrees with your story is automatically a Russian spy, what more do you need to do exactly whatever you want?