From The Baboon Chronicles

Once upon a time, long ago, there was a baboon troop that lived in a tree by an oasis.

It was a splendid tree, full of succulent fruit; and below the tree’s bark scurried juicy beetles, which could be scraped out with a diligent claw and crunched down with relish. And the tree’s branches were studded with thorns, so sharp and long that not even a leopard would dare venture to climb into it.

So the baboons prospered exceedingly. All day they ran around on the ground, rooting for worms and seeds, and drank deeply from the water hole. And at night they climbed on the tree, chewed at fruit and insects, and slept safely until the new day.

On the far side of the oasis there lived an old crocodile. The crocodile was very old and very large, and he did not bother the baboons at all, for they were far too swift for him to catch, and too small to be worth the effort. All day he lay on the shore, his jaws open to let the cleaner birds peck rotting food from his teeth. In the evening, as the baboons retreated into their tree, he would slip noiselessly into the water, and wait for the antelopes and zebras to come down to drink. And then he would hunt, and if he was successful, he would not hunt again for several days, for he never killed more than he could eat. This was the crocodile.

Now it so happened that one day a young baboon found a glittering stone by the water. It was red and blue and white and glittered in the sun, and the baboon liked it exceedingly. Holding it up in his paws, he rushed back to the tree to show the other baboons what he had found.

“It is pretty,” the baboons all said, “but it isn’t any use, is it?” And they glanced at it out of the corners of their eyes, for they were all taken by it.

“But I can find three fruit and a beetle to eat by myself,” the young baboon said. “Why should I give it to you?”

“I live on the branch with the best fruit and beetles in the tree,” the big baboon responded. “I can give you bigger, tastier fruit and juicier beetles than you would find elsewhere.”

And the other big baboons looked at the glittering stone and each said to himself, “He has a stone that we don’t. He will claim to be better than us because he has the stone. Therefore I must get my own stone too. But where can I find one?”

The next morning the big baboons each discreetly called some young baboons to him. “Find one of the glittering stones for me,” they said, “and I will give you four fruit and two beetles to eat.” And all the young baboons went out on to the shores of the oasis, and dug assiduously among the rocks and sand and grass, looking for a stone. And by the end of the day each had found one stone, except one, who had found two.

That night all the big baboons had a stone each, except one, who had now two. And all night the other big baboons twisted uneasily on their branches, looking at their stones and reminding themselves that one of them now had two.

So the next morning they summoned the younger baboons again. “Get more stones,” they said, “and you’ll get five fruit and three beetles to eat.”

All day the young baboons toiled, searching for stones instead of looking for food for themselves; and when they finally arrived, tired and hungry, they had found enough stones so that each of the big baboons had got more. Some now had two, some three, some even four or five, and one or two even had as many as seven.

“This will never do,” the baboons who only had three or four each said to himself. “Tomorrow I must have more stones than anyone else.”

“But,” the young baboons whined the next morning, “we spend all our time looking for these stones, and we have no time left over to get food or water for ourselves; the few fruit and beetles you give us at night are hardly enough to assuage our hunger and thirst.”

“How dare you,” the big baboons roared. “We give you these excellent fruit and beetles from our branches, which you have no right to taste otherwise, and you will not even look for stones for us. Very well, we will not allow you to eat even a single fruit, or a single beetle, from the tree. Let us see how you manage to live on seeds and roots alone.”

Soon, then, the young baboons were starving, for all of them were forced to compete for the few seeds and roots and insects in the grass by the oasis, and not touch even a single dried-up rind of a fruit from the tree; and when, at night, they crept up into the branches for shelter, the big baboons chased them away with fearsome roars and gnashing of teeth.

“But we’ll starve to death,” whined the young baboons, “or the leopard will get us.”

“That is none of our affair,” the big baboons said. “You are responsible for your own plight.” And they went up into their tree to eat fruit and scratch up bark to find beetles to gnaw on, while the young baboons went off hungry into the night to find what shelter they could.

Soon enough, as the big baboons had known, the young baboons one by one crept back begging to be allowed to look for stones in return for fruit and beetles and shelter. “Very well,” the big baboons told them, “but you’ll get only one fruit and one beetle for each stone you find. You’re lazy and greedy and we don’t have enough to feed your greed.”

So the young baboons spent all their days searching for stones, and gratefully eating whatever fruit and beetles they could earn from their labours. But, as time went on, little by little they had searched almost the entire shores of the oasis, and collected all the stones they could find, and there were no more to be found.

“Get us more stones,” the big baboons thundered. “We need more stones.”

“There are plenty of stones on the other side of the watering hole,” the young baboons reported, “but we cannot reach them. They are where the old crocodile spends his day basking in the sun. If we come close to him, he will bite us in half.”

“We must have the stones,” the big baboons declared. “The evil old crocodile is stealing our stones, the stones that belong to us. We will make war on him! He is old and stupid, and we are many and have sharp claws and teeth. And, besides, the Great Baboon is on our side, so we cannot possibly lose.”

And so the baboons formed into an army and stormed the other end of the oasis, where the old crocodile was dozing peacefully in the sun. They came hooting and howling, throwing stones and sharp sticks as they came, their fangs and claws bared.

The old crocodile watched them come, and tolerated their stones and sticks and their sharp bites as long as he could.

Then he stirred, and with one sweep of his tail he smashed half the baboons into the middle of next week. And he opened his gigantic jaws, and bit the other half in two with one snap and a half.

Then he went back to sleep on the shore, because the day was only half done.

And the stones around him glittered, green and white and red in the sun.

The above is not meant to be satire on the Amerikastani warmongering against Iran, culminating in the murder of General Qassem Soleimani.

And if you believe that the above is not meant to be satire on the Amerikastani warmongering against Iran, you must be an idiot...or else an Amerikastani. 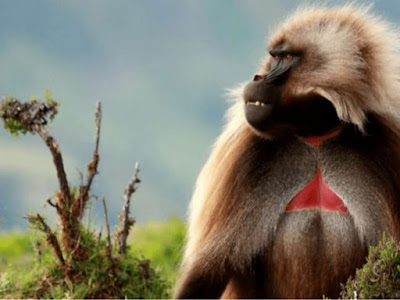 Let me elucidate: 2019 was an extremely bad year. It started bad, kept getting worse, and ended with me in a hospital bed with a temperature of 41.7 degrees Celsius, being pumped full of antibiotics intravenously four times a day. In between I got hardly anything done: writing became something I did not even want to think about.

I lost one good friend: Jerry Larson, known to friends as Harry Hamid, and a daughter: Juno, my Neapolitan Mastiff. I did gain a couple of babies, Vesta and Shaka. So.

I drew some cartoons, not as many as I might have wanted. Motivation became more and more elusive. Why should I do anything when almost nobody cared?

I left all social media in 2019, probably permanently and forever. The one I was still using, VKontakte, suspended my account on plainly fictitious grounds, making it perfectly clear that their only reason to suspend me was to silence me. I have had it with social media.

Meanwhile, personally, my life was crumbling. I endured extreme stress, waking up in the middle of the night and lying awake for hours. I had to literally force myself to get out of bed in the morning to face the day.

In Hindunazistan the Modi regime created situation after situation that wrecked the country beyond repair. In this very town violence caused curfew to be imposed for weeks, and it may and probably will break out again anytime soon.

Being put in this kind of situation made me decide some things:

First, I have to get out of dentistry. I have never pretended to like this profession, but now it is literally killing me. I can’t get the last thirty years of my life back and start over, but I can try and at least see to it that my next thirty years are at least tolerable.

Secondly, since I don’t know how to earn a living at anything else, and I can’t take years off to retrain (and then compete for employment against people less than half my age) I can only try and earn money writing.

Third, in India it is impossible to earn money writing.

Therefore I need to find agents and publishers elsewhere.

And I need to write more, and hope to find success somewhere, sometime.

Meanwhile, I will have to earn a living however I can, because I can’t go on with dentistry.

So, a happy 2020 to you all, with more writing from me, and damnation to all things Amerikastani.

Shadow On A Wall

I wrote this song for David Rovics. He liked it. If he ever gets around to recording it, I may paint illustrations to go with the words and music. Or I might even do it if nobody sings it, ever. Not being capable of singing better than a cicada, I can't, anyway.


Keiko on a summer day, skipping down the street
Met her friend Kenji, they talked about sweets
How much they missed them, and how much they'd eat
When the war was over.

Far across the sea, men in suits and uniforms
Talk over tea and cake about creating firestorms

Hiroshima, Nagasaki, the names you say
Did not save Thanh in Vietnam from burning the  same way
Nuclear fire or napalm, it was the same
And it seems nobody is to blame
And Keiko and Thanh are shadows on a wall
Nothing left of them, left of them at all