I stood on a shattered land,

Once green with trees and grass, where flowers had bloomed, and birds flown, and the sky had been blue or grey with clouds and rain. But the land was a sea of broken rock and earth, the trees were shattered stumps, and no birds flew in the flame red sky –

Tangled barbed wire and twisted things that might once have been human, now cloth and bone. And in the middle of that there was something living, far away. And to get there I had to walk, over the shattered ground, through the barbed wire, and over the dead rotting things that might have once been men,

Until at last I came to the place, that place where the woman was tied to a stake

Alone under that red sky.

Then the woman turned her face to me, and her eyes were empty and blank, and she began to sing. And her song told of how good things don’t die, they are killed; and how the cursed are those left witness to see. And I could not set her free, because she was tied to the stake with barbed wire, and barbed wire grew around her thick as bushes, and my hands would be torn to pieces if I tried.

And so I turned and ran away, with the woman’s song following me, assuring me that all good things are killed, and telling me that I would see her again.

I ran until the trees were no longer broken, but stood again; but they were burnet to columns of ash, and the air was thick with the smell of smoke. Things flew in the sky like clattering insects and dropped fire on the ground; in the middle of the burnt forest there was a village. And though I did not want to go to that village my legs carried me there. And there were bodies in the village, with their clothes and hair and faces burnt off, and among them, surrounded by them, there was a woman –

She looked up at me and sang of things that were and would never be, and how the price of the present was the killing of the past; and how this is how it would always be; and blood dripped from her breasts, which had been torn with bullets.

And so I ran, and ran for I do not know how long, and the forest was gone, and the sky was black with smoke. And around me was a city,

Once great, once the pride of the world, now piled ruin on ruin, streets choked with shattered rubble – and the sky overhead filled with winged death-robots

Controlled by a cold clever hand safe in a bunker half a world away,

Sending packets of explosive death down on tails of fire.

And try as I might, try as I ran, I could not leave that city, with the shattered buildings and tumbled minarets, for every street I ran into led to more of the same, and – as I knew that I would – I found a woman again,

Kneeling with a child’s body, torn and bloody, in her arms, and she turned her face to me, and she sang of the things that would now never be, and the things that nobody would ever again see.

After that I ran, and ran, until it was dark and then light, and I could run no more.

And I was inside a library, books piled to the ceiling high above, dusty sunlight slanting through windows, books that had never been read and would never be read; and I walked past them all, and up a staircase, to where a bed had been made, and there the woman lay.

And she said, “There is never an end. Go now. Everything ends, but an end there never can be.”

And even as I turned away, I knew the fate that lay ahead of me

Though I could not tell, then or ever, why. 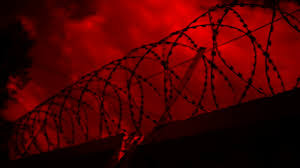