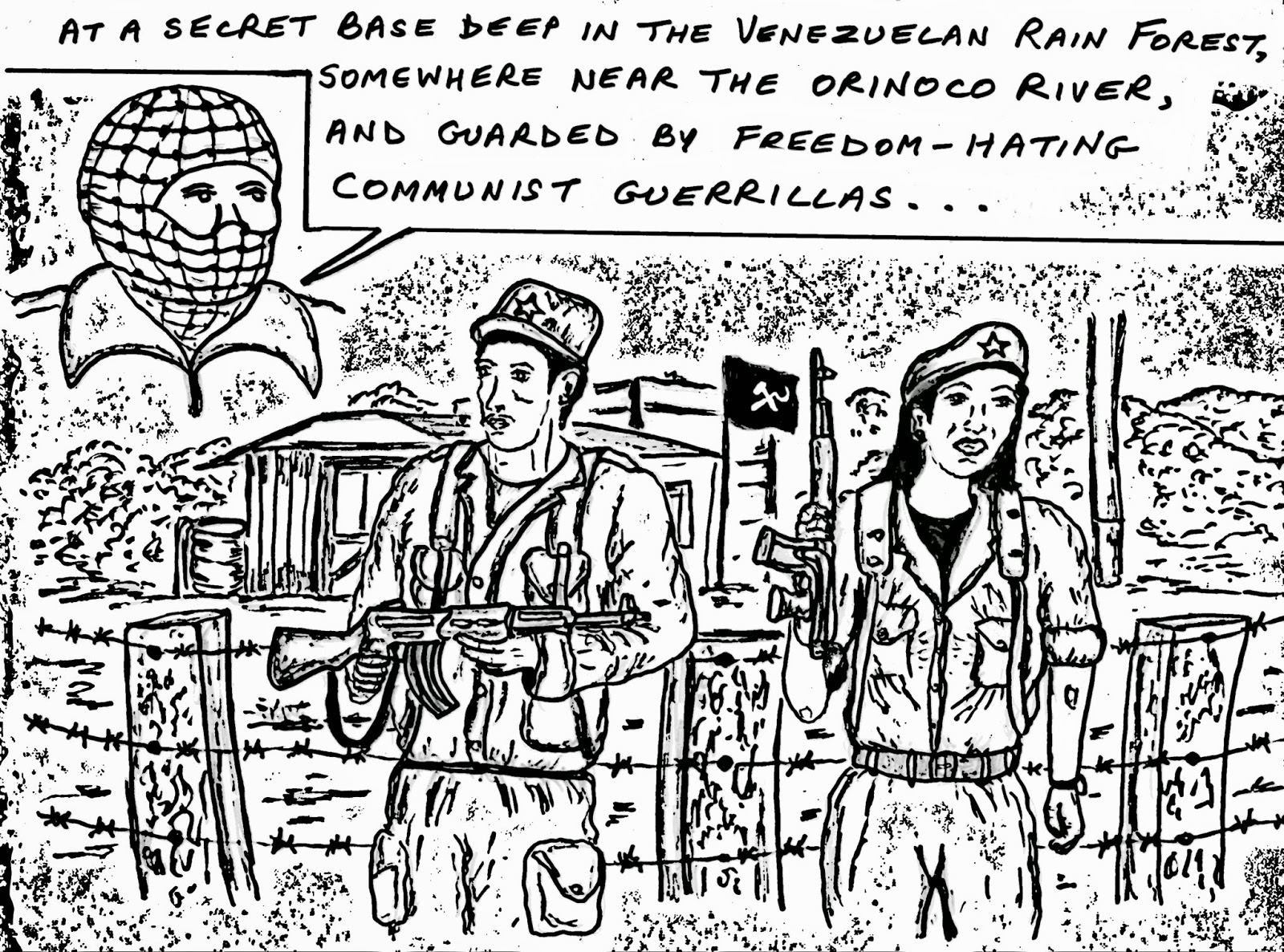 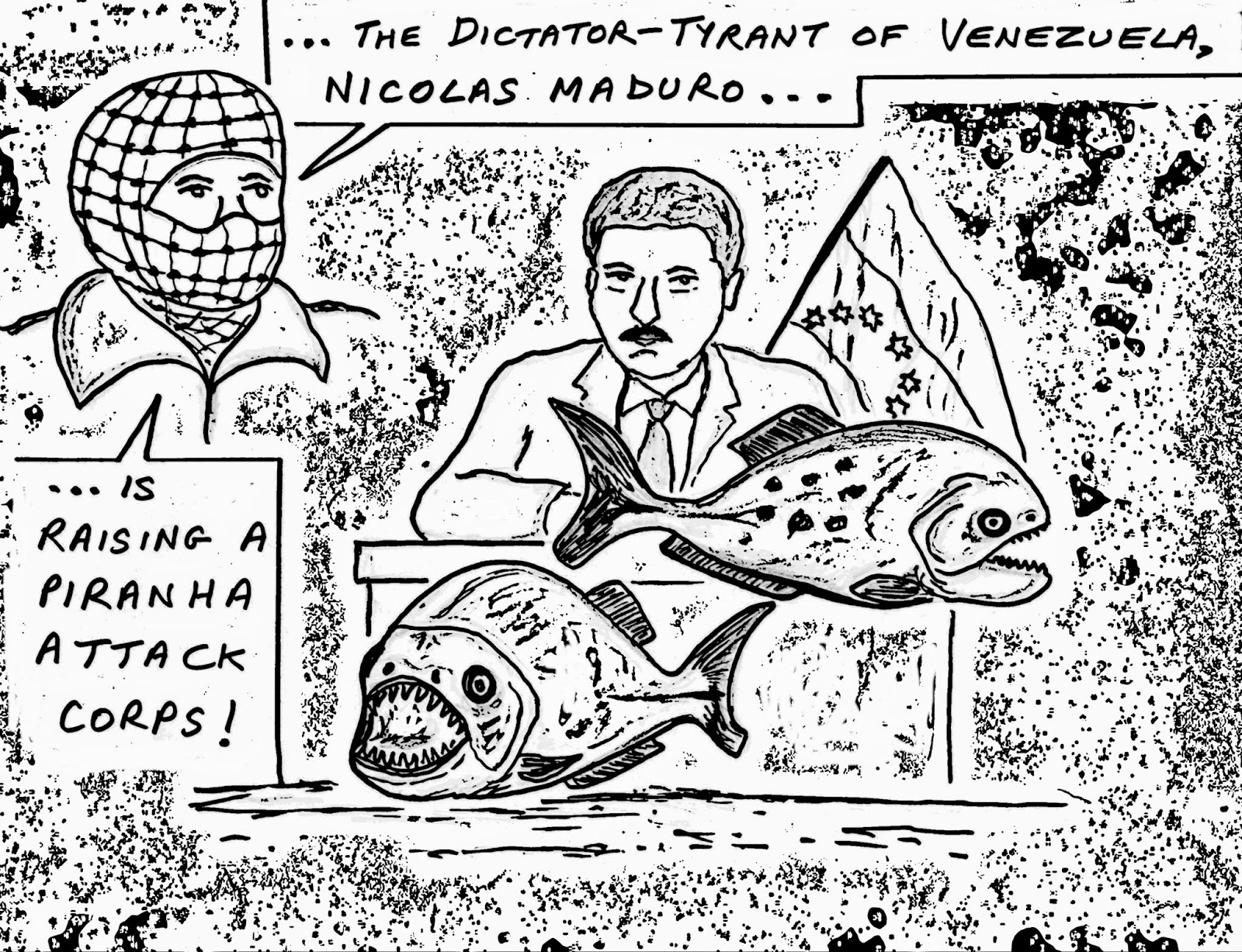 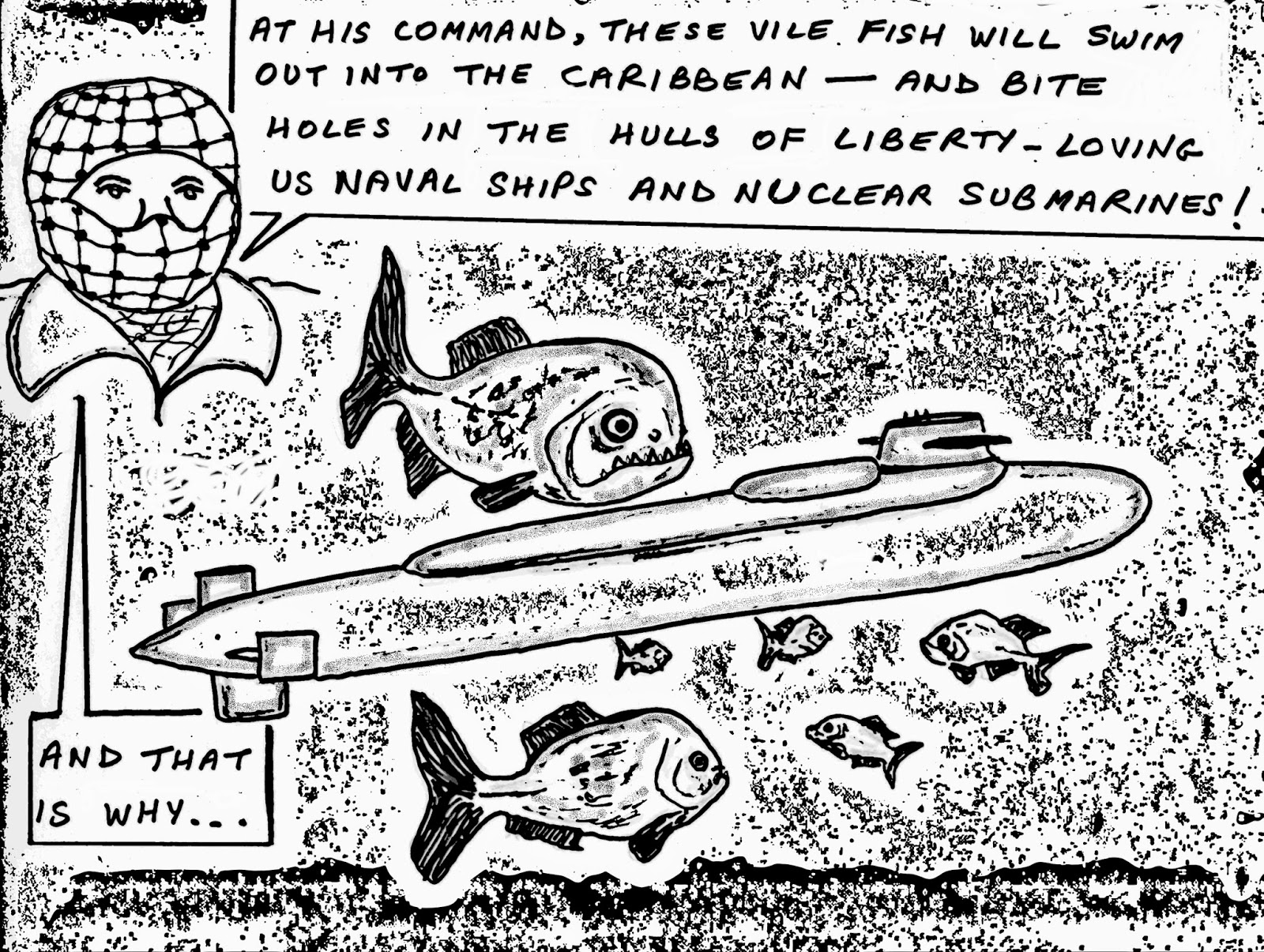 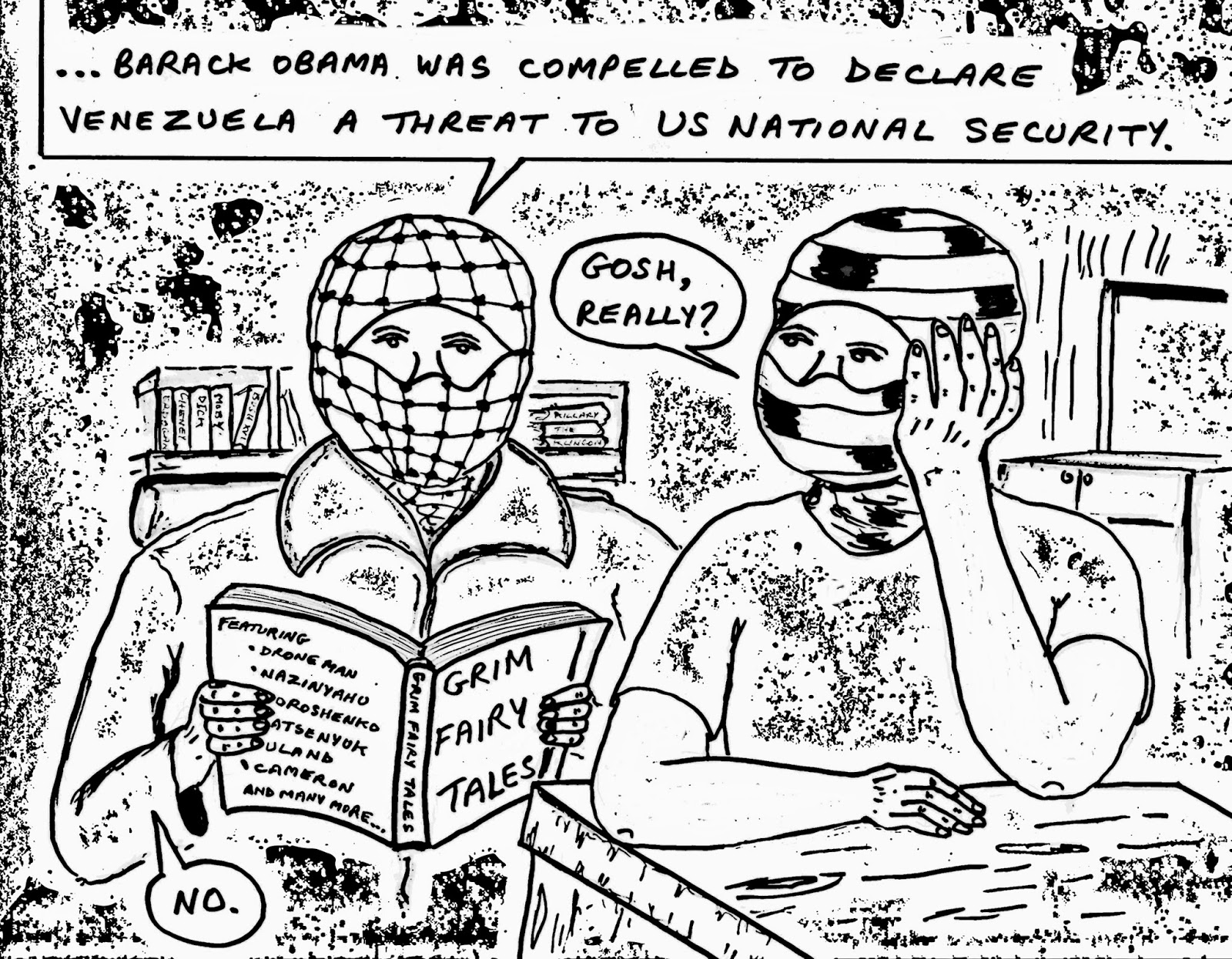 It’s not a time when one should die, at high noon under a blazing sun in a blazing sky.

The man does not want to die. He knows it’s coming, knows there isn’t anything he can do about it, even knows that the less he struggles the better it will be for him. And in a way, he’s already accepted his fate, kneeling on the blood-washed concrete, waiting for the sword.

The sword is heavy in my hands, but the heft of it is right, the sword seems to be as much part of me as my arms themselves, it’s as though I’ve been holding it forever, like a warrior of yore. I raise it, judging the distance to the kneeling man’s neck, but he raises his head again. He doesn’t know what I’m going to do – not through his blindfold – but he knows I’m there, and he knows that the blow’s coming, but he isn’t able to keep his head down and get it over with.

I feel myself sigh in frustration, and for an insane moment I feel like slashing the sword crossways, hacking him across the shoulders and down onto the ground, where I can finish him off. I could, too – I’m big and strong enough. But there are twenty or thirty cellphone cameras rolling, recording every move I make, and the last thing I want is for them to see me losing my temper and doing something like that.

The calm and collected executioner, that’s who I am.

I remember, faintly, when I was a teenager and could not bring myself to murder so much as a mouse, let alone a chicken. I’d cornered a mouse once, in my room, after chasing it around a while. It was small and grey and had glistening, black, terrified eyes. I had a shoe in my hand, poised, ready to batter it to death, as ordered by my parents. And instead I’d grabbed it by the tail, carried it out of the house, and let it go.

My father had not been pleased, to put it mildly, but I can still remember the mouse scrambling away as fast as it could go.

Oh, but that was then, and this is now.

How can it have got to the point where I can behead a man – a human being – in front of a crowd? How can it have become so that, if I looked over my shoulder, I could see the pile of bodies of those whom I have already beheaded?

My head turns, looking at the crowd. There are children among them, looking on with avid curiosity. One of them had asked to hold my sword a while earlier, and, of course, I’d let him hold it a moment, taking care to keep his hands from the blade.

“Can I cut off a head?” he’d asked. I hadn’t had to reply, because his father had intervened.

“Let the executioner do his job,” he’d said. “Don’t bother him.”

I wonder what I’d have said. “Yes, you can do it, later, when you’re a bit older”, perhaps? I have absolutely no idea.

The kneeling man on the ground won’t keep his head down. He doesn’t want to die. I get that. Even I don’t want to die, though I’m already dead.

Yes, I am already dead, I am no longer who I was, the boy who wanted to spend his life reading quietly in a corner, never to have to come out into the noise and bustle. I used to love that boy. But he’s dead.

How did he die, what happened to him? I can’t answer, I don’t know, I don’t want to think about it, but somewhere deep inside he’s still there. And he is screaming.

Abu Jubair steps forward, and pushes the man’s head down with his hand. He’s quite gentle about it, but then he, too, knows about the cameras. We’re doing this to make a point.

I raise the sword again, and glance quickly around, one last time. The man kneeling, trembling visibly, waiting for the blow, counting off the last seconds of his life, knowing that it’s not because of anything that he’d done but because of what he is, that he’s ending now. All his dreams, everything that he wanted to be, will cease to exist in ten seconds. And then what lies afterwards?

I have read that a beheaded body retains consciousness for many seconds afterwards. I hope it is not true, as though it would even matter if it were true.

My hands on the sword, the sun above, and the metallic smell of the blood on the ground, and the cameras on me.

Now, I whisper behind my mask, and bring the sword down. The blindfolded head topples, the body sags helplessly.

Liberated from fear and want, and already exploring the mystery of death and what lies beyond.

Set me free, the boy cries, and struggles, and I cannot force him to be silent, try as I might. Abu Jubair drags the corpse away. I don’t look at it. There are more executions to go.

Set me free, I mouth silently behind my mask. Set me free. 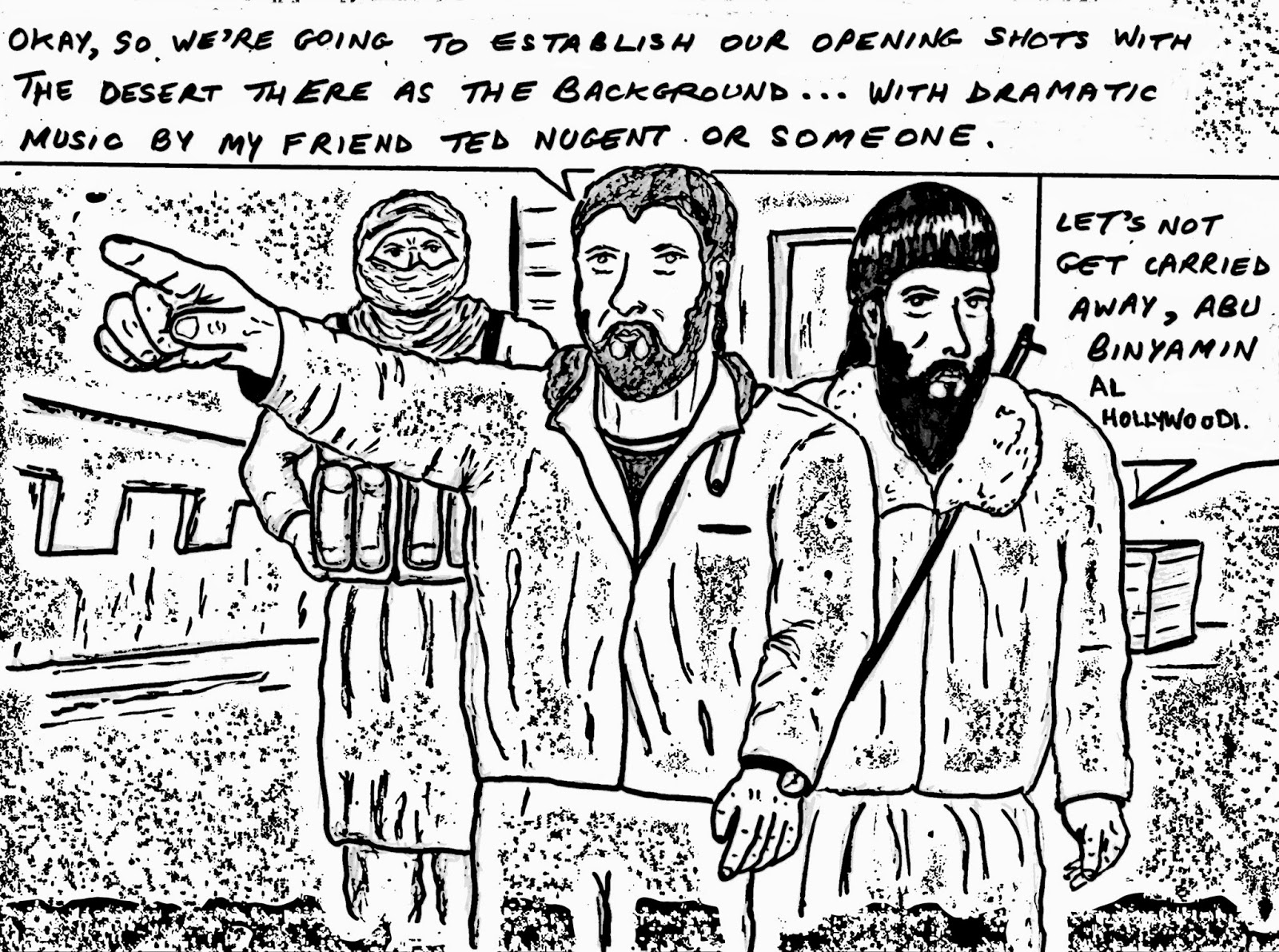 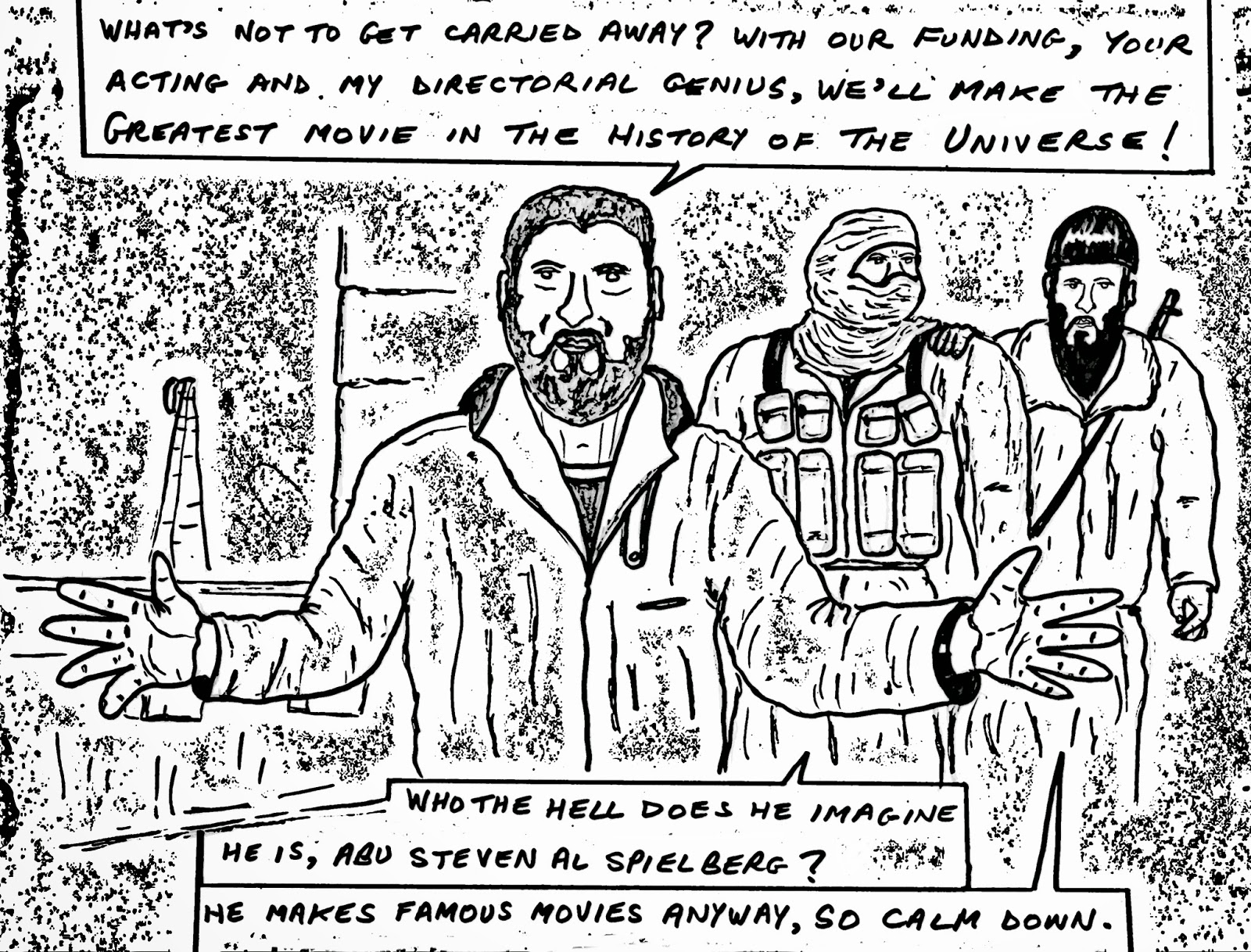 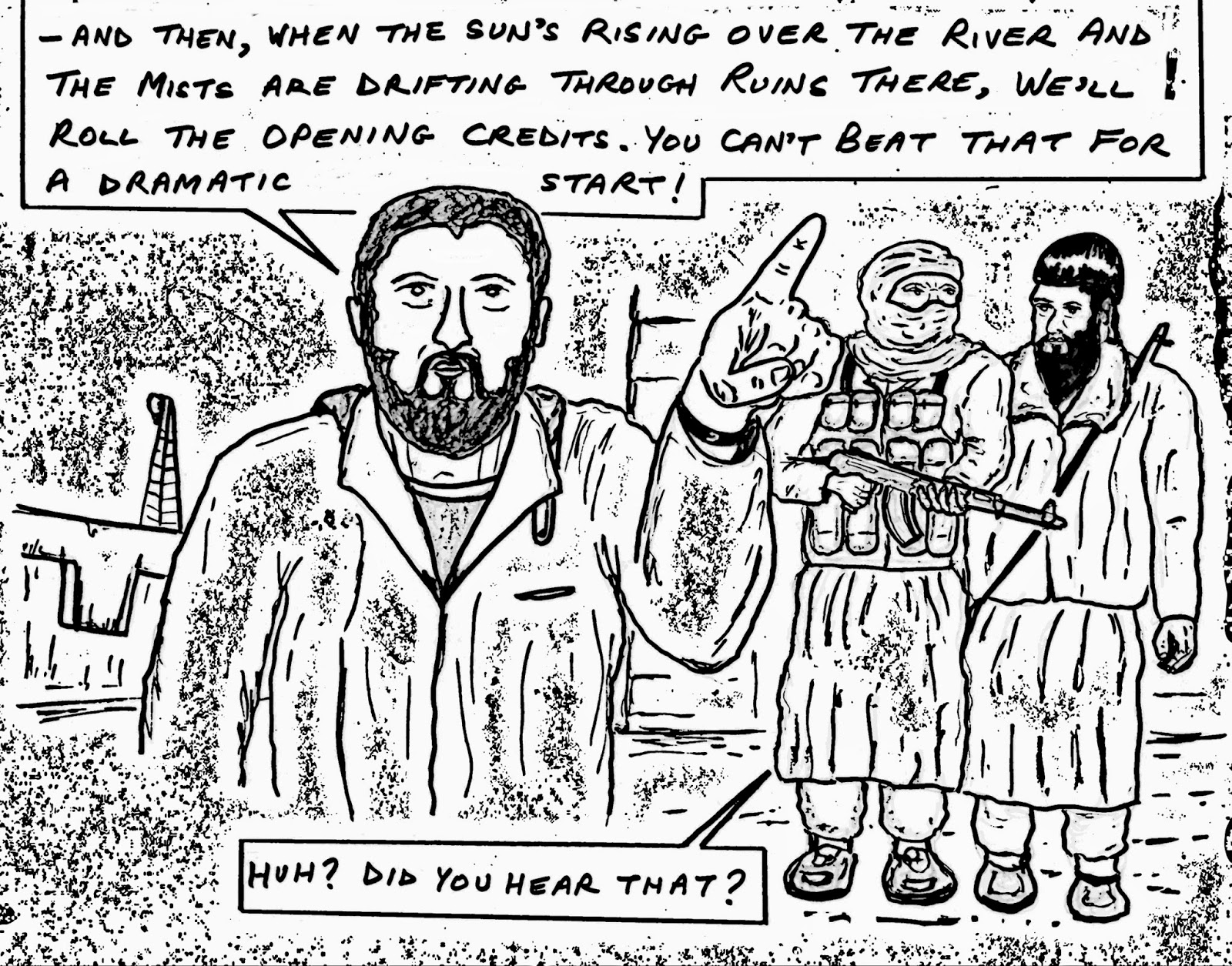 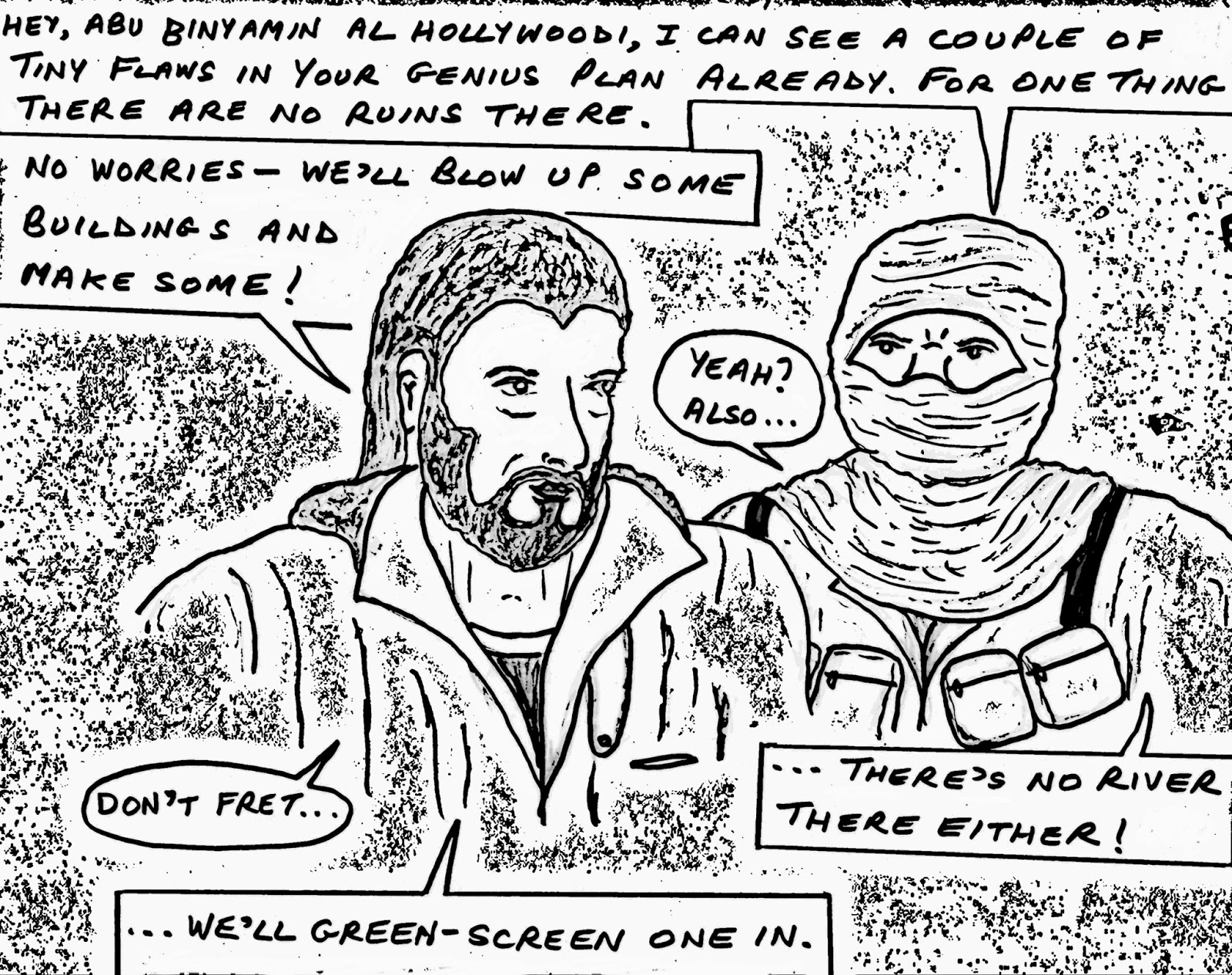 I believe we are actually at a turning point of history; one in which we can either choose to die on our feet or crawl on our knees. And – from Novorossiya to Iraq the forests of  Colombia and India and the Philippines – there are men and women who have made the decision to fight back against oppression on their feet, and die if necessary, however hopeless the struggle seems, than to crawl as slaves.

This is the first of a planned series of paintings on the anonymous resistance fighter against imperialism. Today I’m depicting the Maoist woman guerrilla fighter, from India to Syria/Iraq to Colombia to the Philippines, who has given her blood for a cause she believes in.

This, by the way, is my first painting on wood. I think it’s the best material so far. 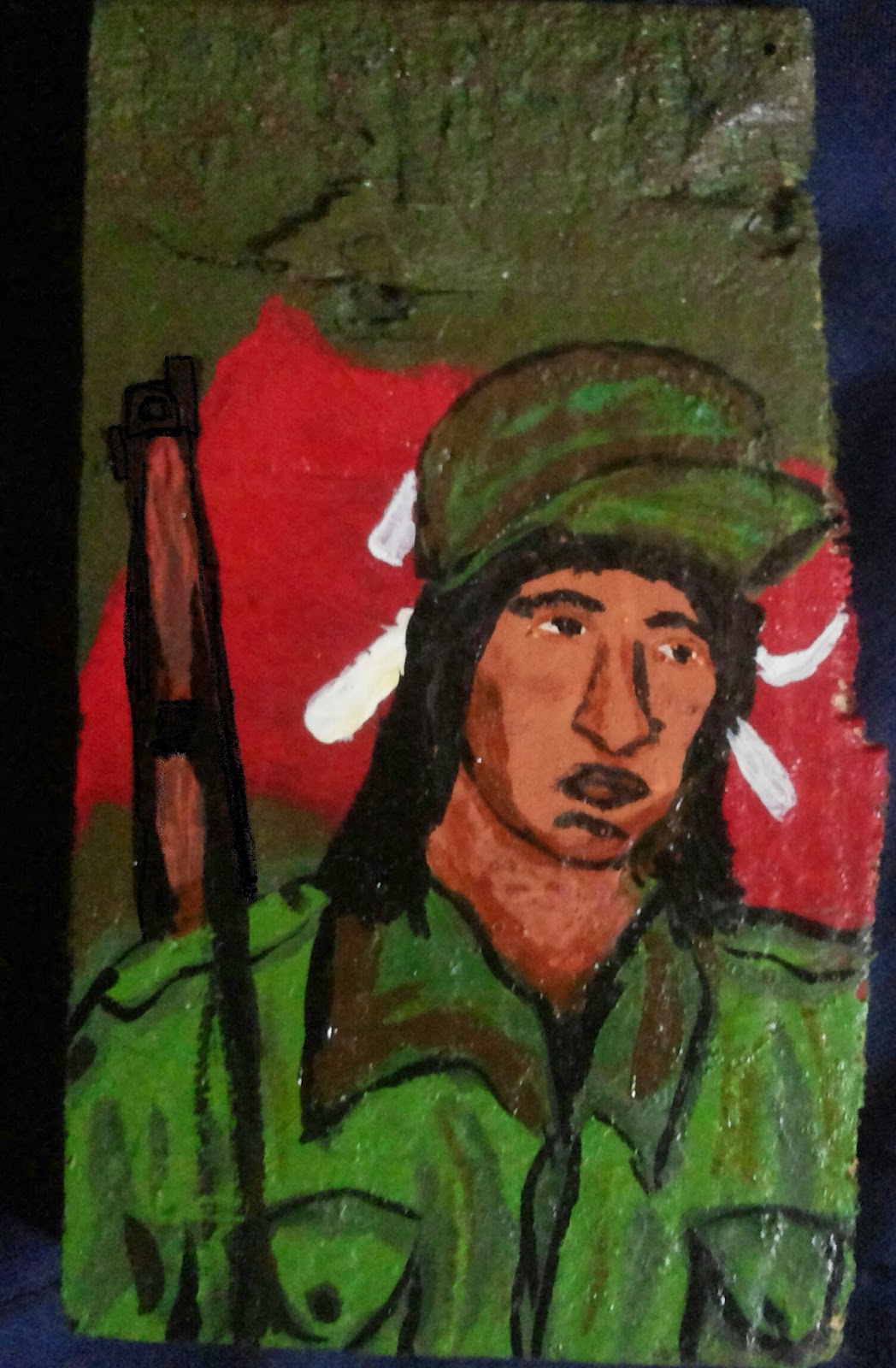 Title: For the Revolution
Material: Acrylic on Wood
Copyright B Purkayastha 2015
Posted by Bill the Butcher at 11:29:00 pm 1 comment: 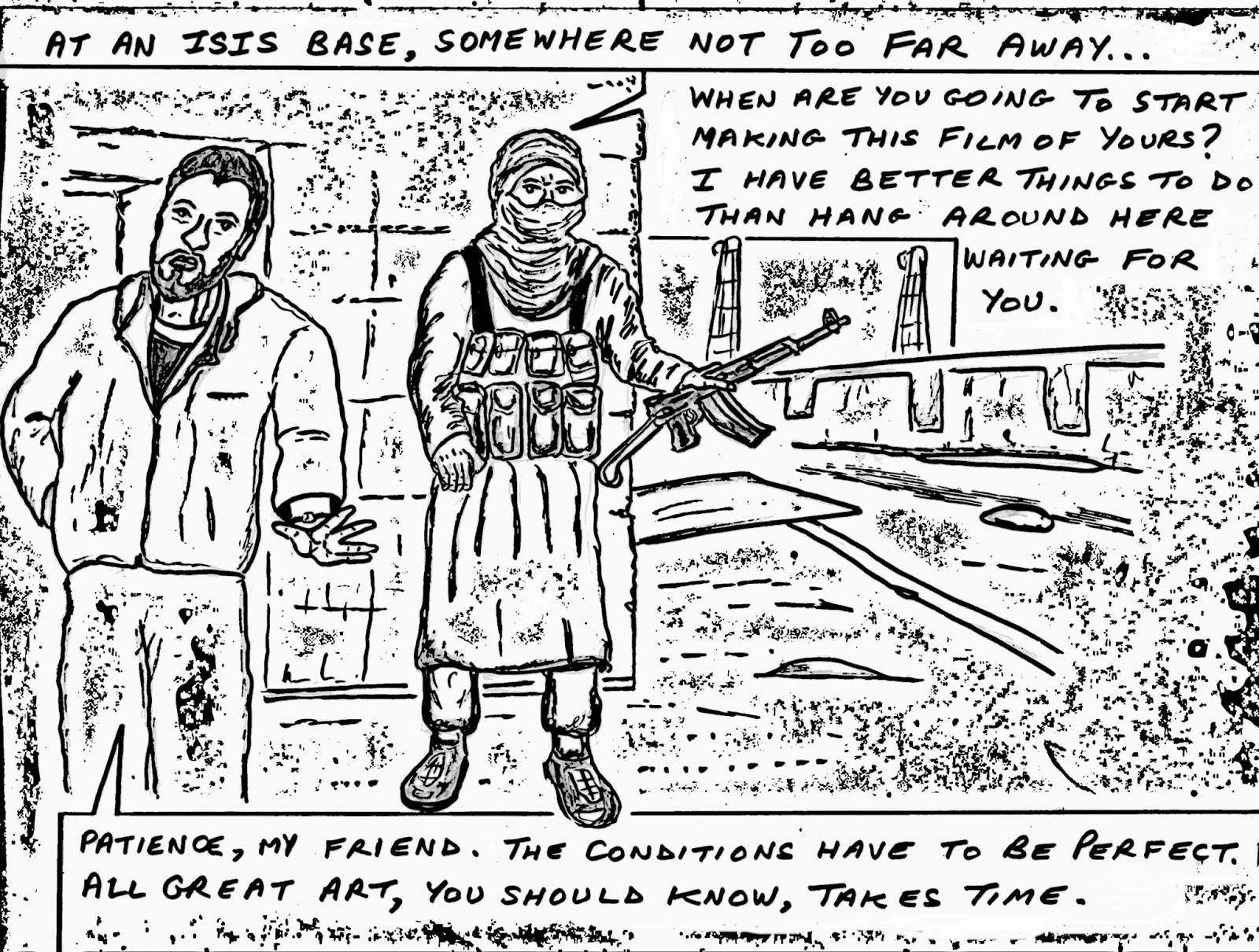 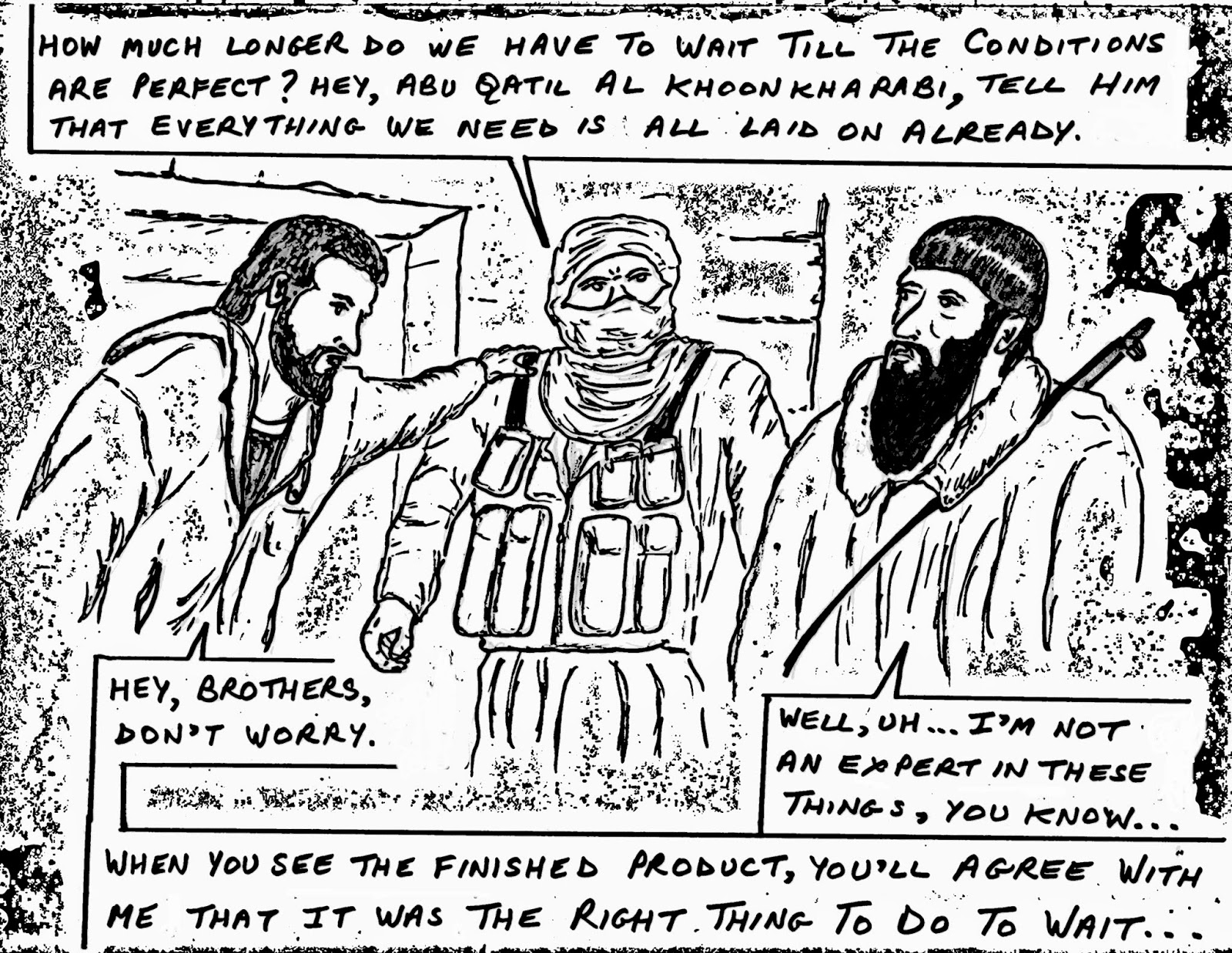 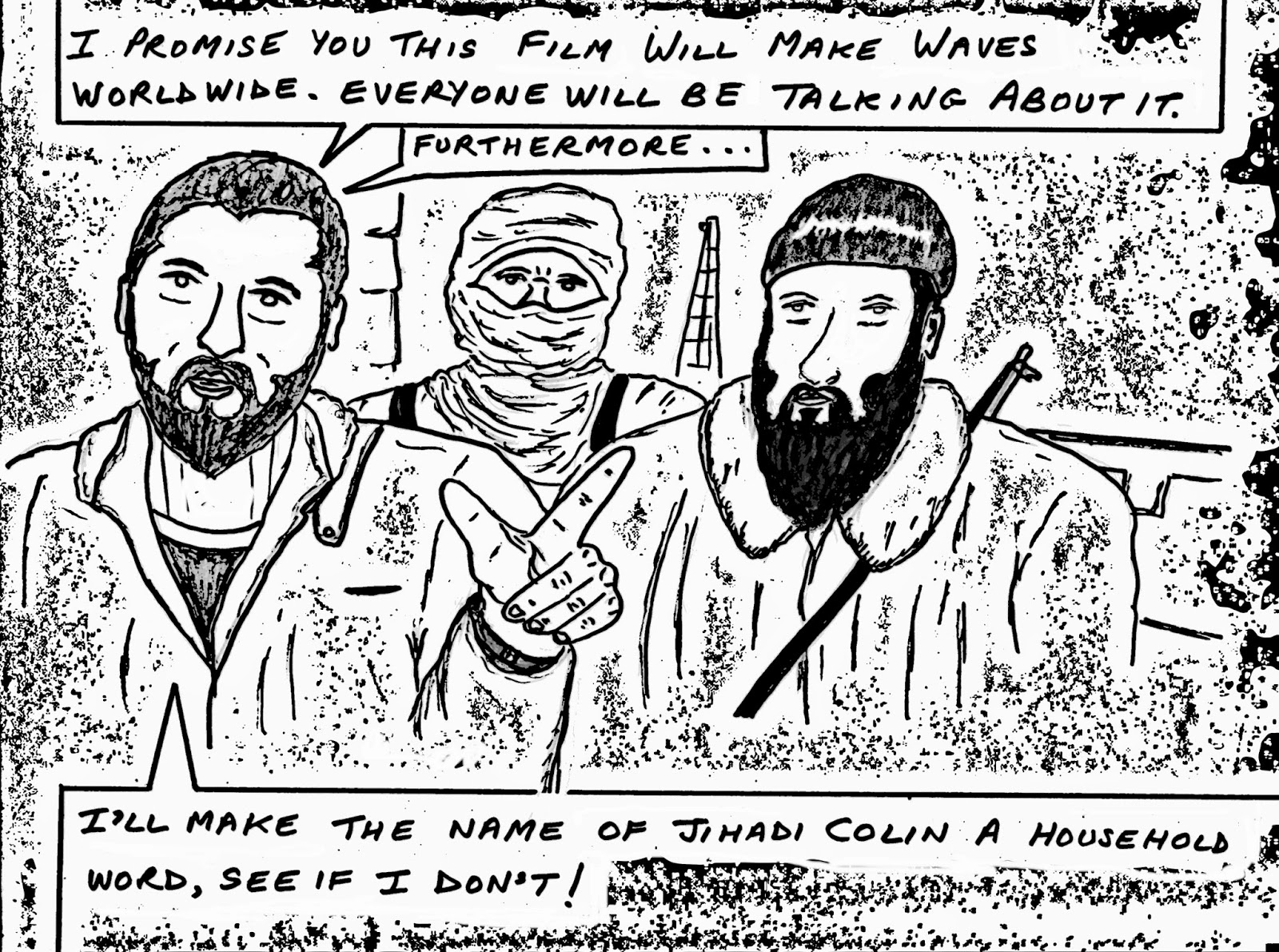 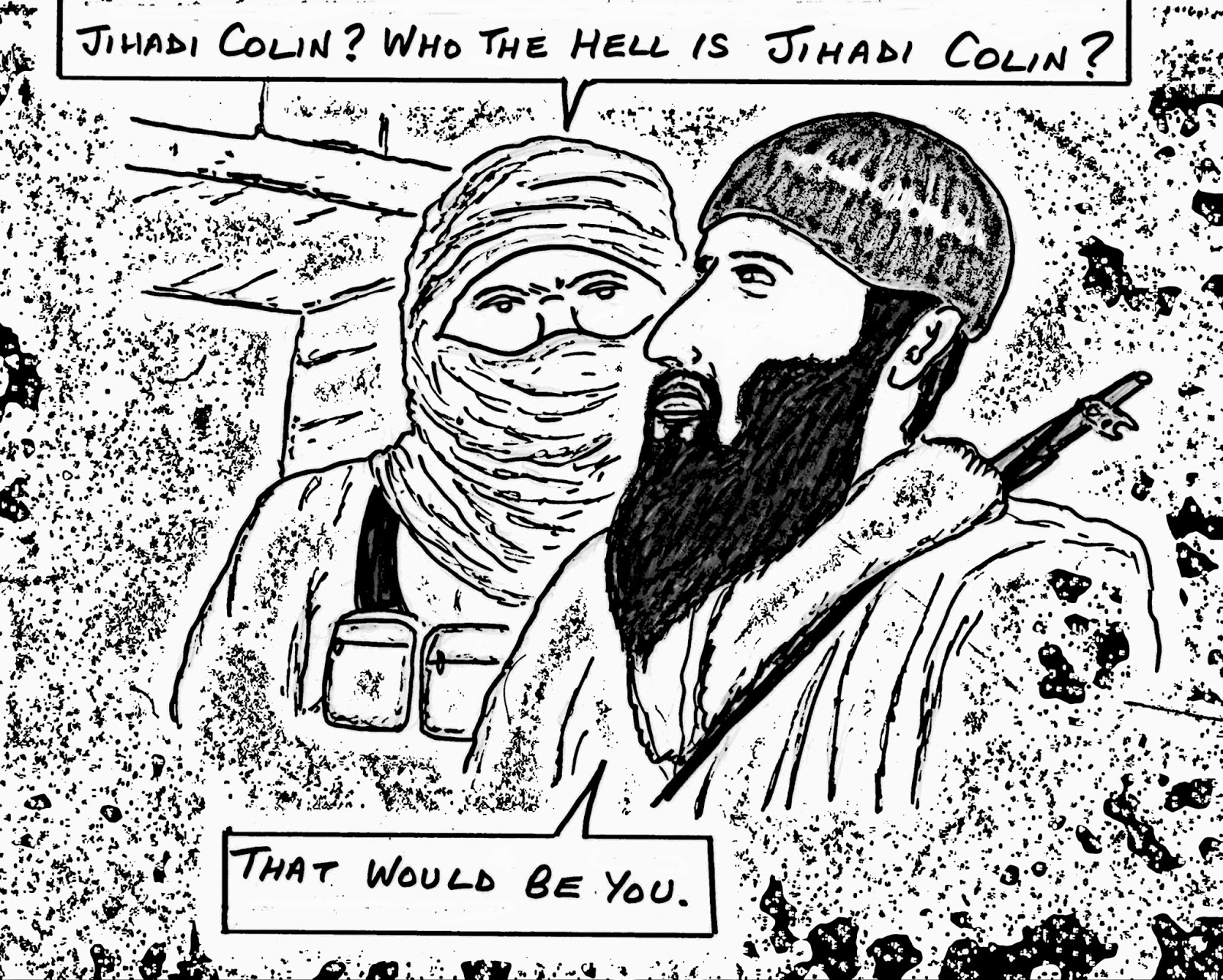 Suggestions for the name of this movie are welcome.
As always, if you enjoy my work, please show your appreciation by sharing it. It won’t cost you anything and won’t take more than a few seconds of your time, but will give me the incentive I need to continue drawing this strip, Thanks.
Copyright B Purkayastha 2015
Posted by Bill the Butcher at 9:50:00 pm 3 comments:

Definition: A banana republic whose only export is war, and where the population is brainwashed from childhood to believe that it is an exceptional entity to which international laws and norms of behaviour do not apply. Especially true if its form of government is one where the voter is compelled to choose between two identical parties and candidates, which are legally allowed to be purchased by corporate donors, and which still pretends to be a democracy.

Etymology: From part of the name of the United States of America, the entity which was consumed and taken over by a corporate-political-military nexus and transformed into the exemplar of the said subtype of banana republic; and -stan, for Land.

Example: “Amerikastan has just invaded another inoffensive and defenceless nation in support of jihadist cannibal headhunters?” he exclaimed. “How many does that make?”

Coined by: B Purkayastha
Posted by Bill the Butcher at 9:22:00 pm 2 comments: 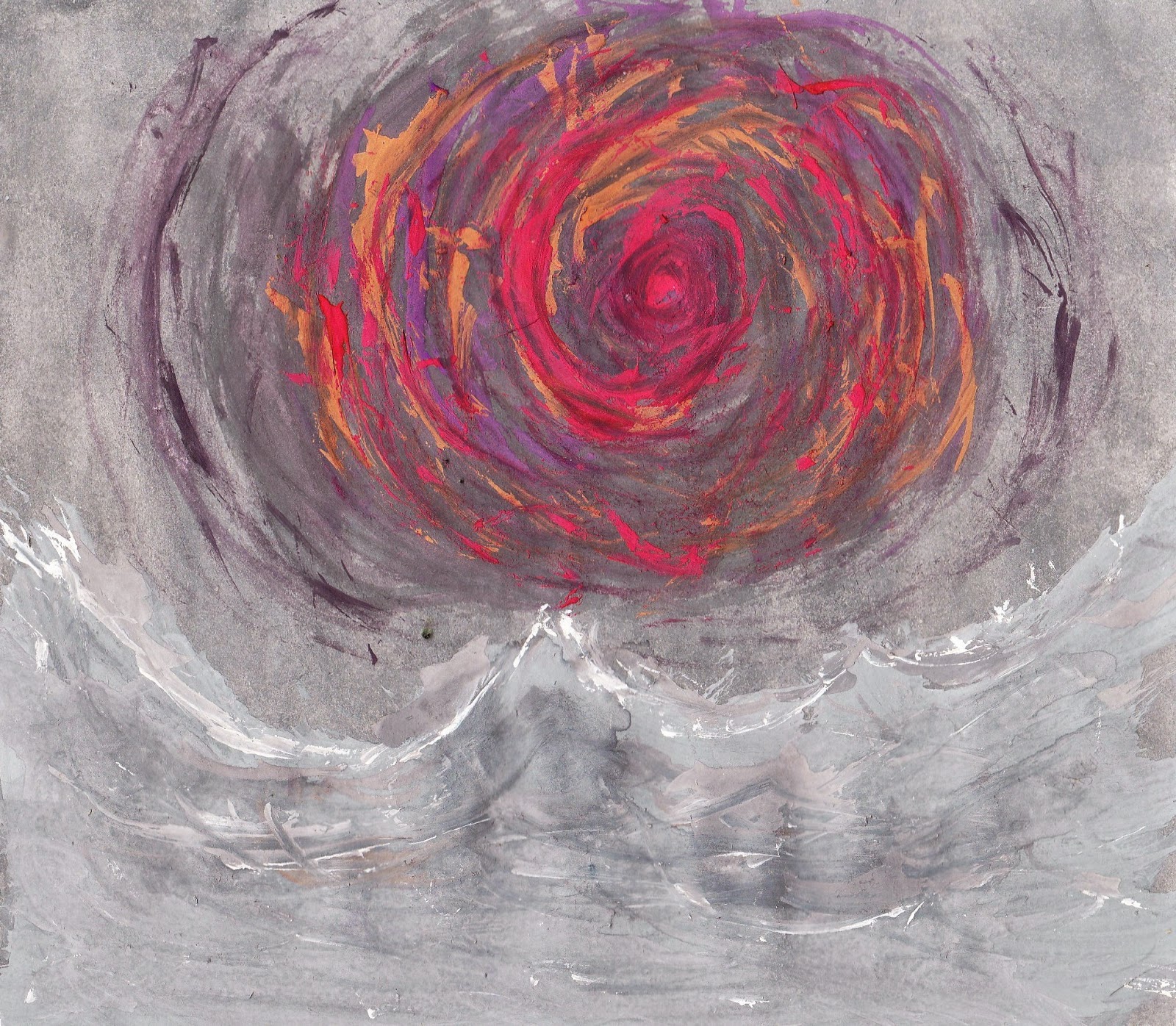 Title: Open To InterpretationMaterial: Watercolour on PaperCopyright B Purkayastha 2015
Posted by Bill the Butcher at 8:52:00 pm 2 comments: