Holy Guns and the Liberal Scum

Not all that long ago, in a galaxy not too far away...
...there was a country called, let’s say, The Indispensable Nation (TIN). It was so called, because it had been blessed by the Deity of the major religion of that nation with a special status, which meant that every law and every decree, every war and every action by its rulers came about due to that Deity’s direct and personal approval.
Now, one of the cherished laws that that Deity had given to this nation, this TIN, was one saying that the people would have the right to bear arms. This being a Deity-delivered right, of course, it became incumbent on every True Believer to own at least one firearm, and preferably a hundred.
Unfortunately, sad as it is to relate, there were liberal scum and suchlike traitors and infidels who refused to join with the rest in their project of Holy Gun Ownership. These apostates even mocked at the True Believers, and attempted to restrict their right to own as many guns as they wanted, firing in as many automatic modes as their hearts could possibly desire.
So invidious were the efforts of these liberal traitors and freedom-haters that the True Believers had to set up a National Firearm Association, all the better to defend their rights to own as many millions of guns as they pleased, and to prevent traitorous liberal governments from creating horrifying laws stipulating perhaps that a man might be only able to purchase a single gun instead of a dozen in the course of an entire day. And the Holy Gun Manufacturers worshipped at the altar of this National Firearm Association, for the liberal traitors were hurting their Deity-given right to earn a livelihood manufacturing ten thousand different models of guns.
But more and more oppressive grew the liberal scum, and greater and greater the assaults on freedom, and more and more shrill the canards that guns put dangerous weapons in the hands of unstable people and criminals; but the True Believers stood firm, and dared the liberal scum to take the guns from their cold dead hands. And the liberal scum wavered, and fell back, for the Deity showered Its favour on the True Believer, so that a Gun-Loving President and Congress came to office.
Then it was that laws were made, that in every state in all the territory of TIN, each and every person had to purchase a firearm; and, more, that each child, when old enough to be able to grasp a pistol or revolver, should compulsorily be given one, and to carry it everywhere, even into school; and that any child not packing heat should not be allowed admittance into the classroom; and this was done. Soon, the main class at school, indeed virtually the only class except Historical Mythology and Deity Worship, was Gun Class, of which more anon.
Withal the Deity was pleased, and caused new laws to be promulgated, which said that anyone not owning and carrying at least one gun at all times, even to bed, should be treated as a Traitor against TIN, and suffer the consequences, as enemies of freedom and flag-bearers of socialism.
And those liberal apostates who refused to accept such orders were rounded up, very easily indeed because they did not own guns, and were confined to gun ranges, and expended as targets for schoolchildren (sometimes their own children) at Gun Class.
And so the Deity’s will was done.
Posted by Bill the Butcher at 11:17:00 pm 1 comment:

The smell of rotting fish 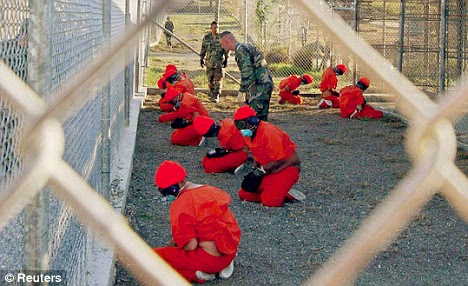 Note: This is not intended as an indictment of the Empire. I believe the Empire’s actions are indictment enough.
However, it is true that:
1.     Nobel Peace Prize winner and duly elected US President Barack Hussein Obama has reneged on his signed promise to close down the concentration camp at Guantanamo Bay.
2.     As of this writing, 171 prisoners remain in Guantanamo Bay, most of whom have been charged with no crimes, and who have not been produced in US courts.
3.     The vast majority of detainees who were released after years of imprisonment were never charged with any crime and were let go without explanation or apology, and -
4.     All instances of prisoner abuse described in this otherwise fictional piece happened, and that I have actually toned them down for the purposes of this story.
Posted by Bill the Butcher at 12:37:00 am 7 comments: 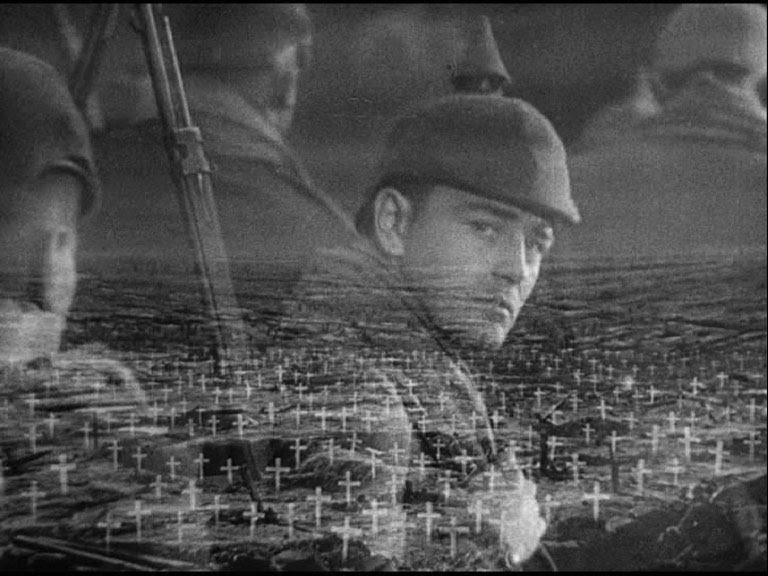 Where have all the writers gone?

Those of us who love to read (which means pretty much anyone who gives enough of a damn to be online on meaningful sites, and not chat-trash) will understand what I’m talking about when I ask this question.
Remember when we were beginning to learn to love reading, and the authors we cut our literary teeth on? Where are the new writers who could have matched the greats of yesteryear? Where are the modern Sholokhovs and Dickens, the Hemingways and Kurt Vonneguts? Is literary talent extinct?
Where, for instance, are satirists like Joseph Heller, fantasy writers like Lord Dunsany, humourists like Mark Twain, or anti-war authors of the calibre of Remarque or Mailer? Instead of imaginative horror writers like Sheridan Le Fanu, we have formulaic, utterly predictable hacks like Stephen King. Instead of the visionary (if not particularly well-written) science fiction of Arthur C Clarke or Ray Bradbury, we have people with unmemorable names whose tales are so involved that you finish reading them still unclear what the author was talking about. Instead of real detective fiction from writers like Baroness Orczy, we have John Grisham. Instead of suspense, we have zombies.
What the hell is going on?
Obviously, it’s not true that the talent isn’t there. If anything, more people than ever before are writing, and the laws of chance will mean that all other things being equal, we should see more, not less, great authors. So why aren’t we?
I suggest that the primary reason is the publishing industry. Books are nowadays thought of in purely marketing terms, and publishers will ignore literary merit entirely for “saleability”. That, in turn, means being acceptable to the lowest common denominator; literary pap, to be more succinct.
Any one of us who’s ever tried to publish anything will have come across the publishers’ demands about what’s “suitable” and what isn’t; the current favourite genre seems to be something called “Young Adult” fiction, as though late teens can’t read anything more mature. I wonder how we managed to consume Melville and Dostoyevsky as teenagers without our brains imploding, then.
So, since the vast majority of good writing isn’t writing aimed at the market, you no longer get good writers getting published. Good writing has always been edgy, out of the common herd; it has to be, to stand out. Often it’s been controversial – Lolita for example. Anyone here thinks Nabokov would have found a publisher today?
Then, there’s the fact that less and less reading is actually getting done. There’s too much TV feeding pre-digested garbage into people’s brains. There’s too much channelling of kids into reading “useful career-oriented” material rather than “story books”, at least in India where today’s children can scarcely call a minute of their time their own. There’s too damn much background noise for writers to be heard, unless, of course, they go with the flow.
Is there a way out? Funnily enough, I think there is. Once global warming and the decline of fossil fuels reach their logical conclusions, the modern frenetic pace of society will quite definitely break down. There will be chaos, social disorder and civil war, but once that phase is over, the remnants of civilisation will pick up the pieces and the survivors will return to a quieter and more sustainable mode of existence. And then, there will be an enormous amount of material to write on, too, as there was in the years when we were growing up.
So, we shouldn’t give up writing. The flame needs to be kept burning, even if it’s only going to kindle a blaze decades after we’re gone.
And meanwhile we can re-read Quiet Flows The Don or A Connecticut Yankee in King Arthur’s Court. At least we know we have quality there.
Posted by Bill the Butcher at 7:11:00 pm 10 comments: