[To be sung to the tune of Badlands by Metal Church.]

I drive alone
The towns that I cross
Will suffer in the strife, it will be just another loss.

I feel a blood wind, hate is in its eye
The flames light up the night, peace it is a lie.

Hell or heaven, it's all pretend
We just stumble on till the end.

As the world feigns its shock so hard, the facts have all been changed
The villains are now the heroes, lying again.
A highway lined with corpses, you can't go astray
These are the Deathlands, to flee there is no way.

Empty talk about Freedom, Democracy all again
Free Enterprise and Holy Jihad, it's corrupt and in vain.
Just the greed for power, that they all deny
The cities blaze in the night, the children bleed and cry.

The drones that circle, in the metal sky
Looking for victims, to murder for a lie
Weddings and families, lives blown away
At the pressing of a button, video game at play.

Will this bloodshed never end?
Will I live to bury my very last friend?

As the world feigns its shock so hard, knowledge has been changed
The villains are called the heroes, lying again.
A highway lined with corpses, you can't go astray
These are the Deathlands, to flee there is no way.

Still we’re stumbling onwards, fighting till we die
The sorrow we cause unending, the earth bleeds and cries
Perhaps when we’re extinct, the world will heal its own
And then in our defeat, the Deathlands will have won.

As the world feigns its shock so hard, history has been changed
The villains pose as the heroes, lying again.
A highway lined with corpses, you can't go astray
These are the Deathlands, to flee there is no way.

Email ThisBlogThis!Share to TwitterShare to FacebookShare to Pinterest
Labels: parody

She raised an eyebrow and waited.

“Ghosts can go where they want,” he said. “I wouldn’t bother haunting one place, or even haunting anything at all. I’d just be free, to see how history turns out.”

He looked out of the window and back again, smiling. “And then, you couldn’t go anywhere on earth without my being at your shoulder. I’d be watching over you, every moment.”

“Just imagine,” he said, “I’d always wanted to go to South America, and as a ghost I could, quite free. I could fly up to orbit, or descend to the depths of the sea. I could see how history turned out. I could be where the wild things are. I could...”

“Fat chance,” he grinned. “After all, to become a ghost you have to die, and I’ll never die.”

She nodded, smiling, and rose. “I’ll be back tomorrow,” she said.

“See you then,” he replied cheerfully, and pulled up the blanket on the hospital bed.

Later, after the funeral, her friends wondered why she hadn’t broken down.

“She’s got a heart of stone,” one of the others said, someone who had never liked her.

She knew what they were saying. She ignored them all.

High up in the sky, a bird soared, flying towards the setting sun.  She soared with it, flying with its wings to where the wild things were. 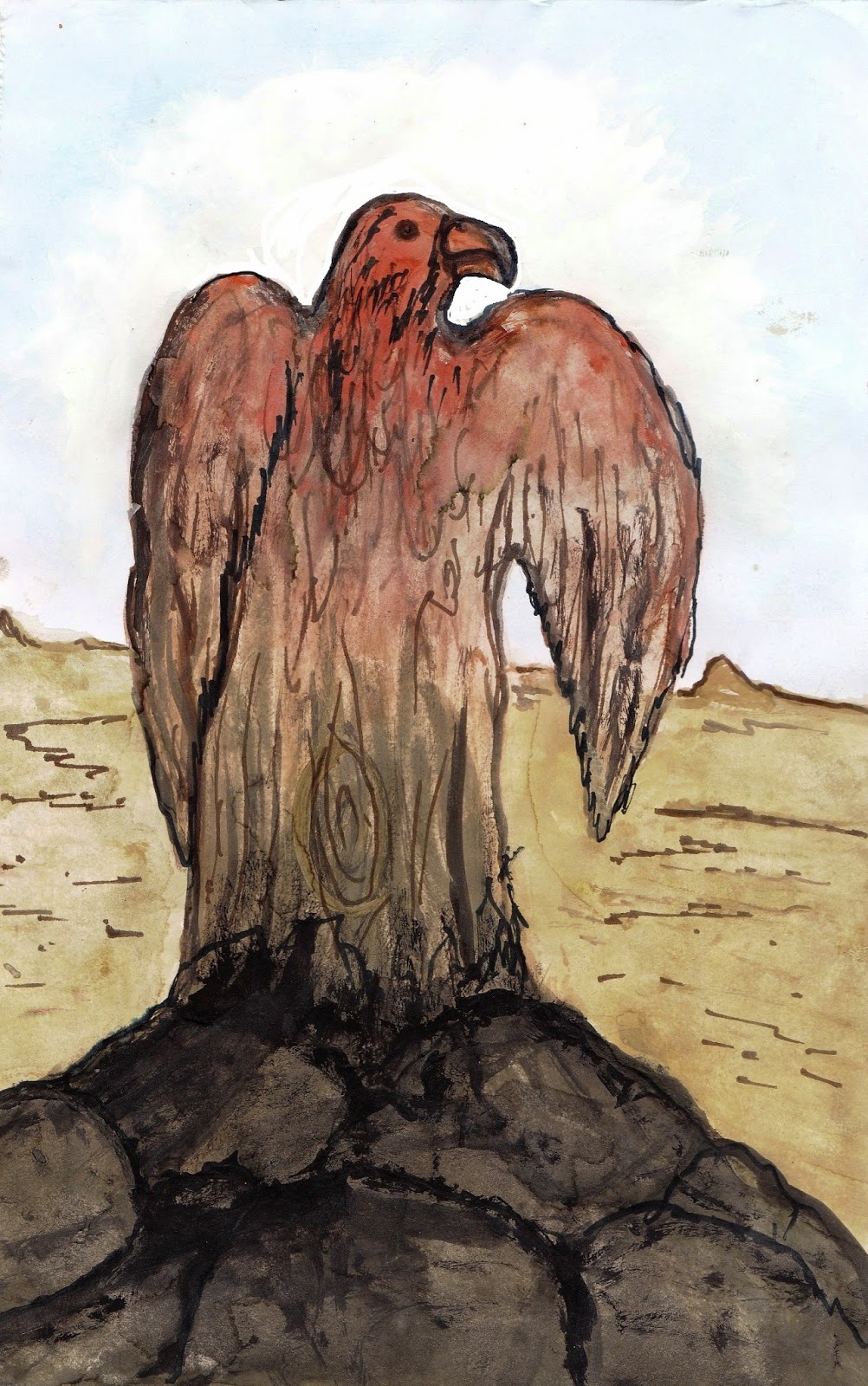