Update India: The I-word, Pakistan and the Police


Here’s a question for you all:

Which, do you suppose, could be the single most important country as far as the Indian government is concerned?

Let’s get the obvious one out of the way. I mean, it’s obviously not India, since the last thing the Indian government is concerned about is India and the welfare of Indians. So, it’s some other country.

Is it the USA? I have repeatedly called India a wannabe 51st state of the US, but basically that desire is restricted to the Great Indian Muddle Class, and the hoi polloi (who still make up the vast majority of the population) are unaffected by it. Besides, it’s more than obvious that the love affair is all one-sided; the Americans may pay India a bit of lip service once in a while, but the days when the Great Indian Muddle Class claimed George W Bush would make India a “superpower” are a distant and fast-fading memory. I mean, India didn’t even buy American F-18s and have issued a multinational tender for infantry rifles rather than rushing to purchase the M4 or whatever it is the US would like to sell. And, while in 2003 India was on the verge of sending troops to aid in the occupation of Iraq – it had even made a commitment to the Bushies to do so and earmarked divisions for the purpose – nobody now talks of putting “boots on the ground” to aid in new American wars of occupation anywhere.

So, though it’s still an object of adoration, no, it’s not the United States.

Is it Pakistan? Actually, Pakistan isn’t a huge obsession with Indians (while India is undoubtedly an obsession in Pakistan). Pakistan (or, more especially, its spy agency, the Inter Services Intelligence or ISI) serves more as a scapegoat for anything that goes wrong in India, with each riot, each bomb blast, everything being blamed on it. At one time this game of blame-the-ISI-farce had reached such levels that the Pakistanis used to joke that the annual winter fogs which cripple air and rail traffic across North India was the ISI’s work, as were the traffic jams in Indian cities. While we’ve stepped back from those levels of absurdity, Pakistan still serves as a handy scapegoat, as I’ll mention in a moment.

No – the Pakistanis are not the most important nation where the Indian government is concerned. Not even close.

The actual candidate is somewhat unlikely to those who aren’t familiar with Indian politics: Italy.

Italy? Why on earth would Italy be of any concern to India?

This Congress Party has been, since approximately 1950, the personal property of the Nehru-Gandhi family. The current owners happen to be the family matriarch, Sonia Gandhi, her son Rahul and – less importantly – her daughter Priyanka. Now, Sonia Gandhi happens to be Italian-born, and the circumstances of her acquiring Indian citizenship aren’t that clear. 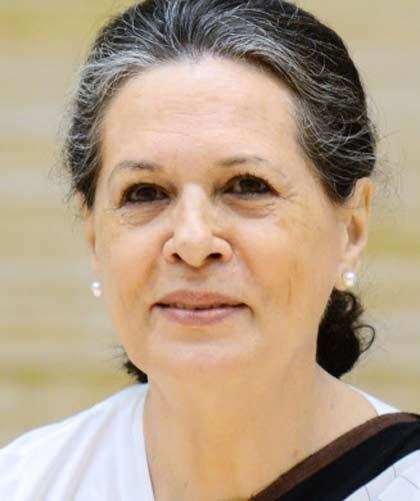 As all Indians are also aware, the so-called prime minister, Manmohan Singh, has never won an election in his life and is basically a rubber stamp for the Gandhi dynasty, who therefore enjoy (through him) power without responsibility. The “Italian Woman” (as she’s referred to by a lot of people) isn’t only a foreigner by birth, though – India has a long, long history of absorbing foreigners, acculturating them, and converting them into Indians. What’s important is that Sonia Gandhi didn’t exactly arrive alone. She brought a whole baggage of Italian controversy with her.

Back when her husband, Rajiv, was the (legitimately elected) prime minister of India in the 1980s, there was a scandal involving kickbacks over the buying of 155mm Bofors howitzers for the army. One of the Gandhi couple’s closest friends was an Italian named Ottavio Quattrocchi, who was implicated up to his ears in the deal. Quattrocchi was quietly tipped off to escape the country just before a warrant was issued for his arrest, and since that time the Congress has been incredibly reluctant to follow up on getting him back to stand trial. Even when he was arrested in Argentina in 2007, India did nothing to get him extradited. All of India knows the reason why, though they don’t necessarily talk about it openly.

Recently, there was another Italy-linked defence scandal. Westland Helicopters was a British firm which had already been known as much for shady deals as for incredibly bad workmanship, and that selfsame Rajiv Gandhi had been instrumental in buying Westland helicopters which, today, can’t even find buyers as scrap. Well, Westland was sold to Italy to become AugustaWestland, and – again – was contracted to sell helicopters to India: a contract which recently came out to be knee-deep in bribery.

No, Italy isn’t a good word where Indian politics is concerned.

Now, as I’d mentioned elsewhere, in February 2012, two Italian marines were arrested after they opened fire on an Indian trawler in broad daylight, killing two fishermen. In February this year, these two marines were permitted to go back to Italy to vote in elections there, on the promise of the Italian ambassador that they would return afterwards.

Well, did they return? What do you think?

In a move that will surprise absolutely nobody, the Italian government declared that the two marines would not comeback to face trial, thereby delivering a good hard public slap on the face of the Indian government, which – as you might remember – is led by the Congress, which is in turn owned by the Italian-born Sonia Gandhi.

While the so-called prime minister, who has, let me emphasise once again, never won a public election in his life, expressed “outrage”, and airports were instructed to ensure that the Italian ambassador doesn’t “flee”, the government is most certainly not going to do anything to draw attention to the Italy angle. Any mess involving Italy is anathema, for reasons which should by now be entirely clear.

That’s where Pakistan comes in.

Back in January, large cities had seen protests by sections of the Muddle Class against a particularly brutal gang-rape/murder in Delhi – protests which I’d analysed as entirely temporary expressions of anti-working-class-fear by the Great Indian Muddle Class. As I’d predicted, the protests died out long ago; as any thinking person knew they would.

Well, they died out a little before they otherwise might have, because the Indian government started a war of words with Pakistan, claiming that Pakistani soldiers had attacked an Indian border post and decapitated two Indian soldiers, going off with their heads into Pakistani territory.

As with all Indian government pronouncements, the truth was slightly different – India was guilty of creating the circumstances which provoked the attack, and Indian soldiers had been guilty of taking Pakistani heads in the past. But the jingoistic outrage so carefully stoked by the media quickly diverted attention from the rape protests, which, starved of the oxygen of publicity, died a rapid death.

Well, what do you know? All of a sudden the Indian government is stoking another “crisis” with Pakistan, on the basis of a fidayeen attack in Kashmir in which five Indian troops were killed. A hockey series with Pakistan was cancelled, and so on – and the Great Indian Muddle Class, whose Islamomisia conditions them to reflexive hatred of Pakistan, can reliably be expected to forget all about the Italian marines. And the opposition political parties, seeing that the public doesn’t care, will drop the issue too, except perhaps for the left; but the left is completely marginalised today in Indian politics, which is divided between the right and the even further right.

“Italy”, apparently, is a word that dares not speak its name. 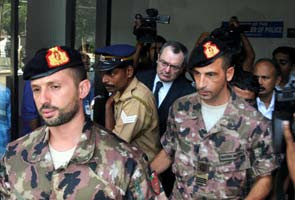 Meanwhile, in other news:

My Significant Other had an experience a couple of days ago. A man came to her workplace – she’s an office manager – and put a piece of paper on her desk, demanding a donation for something or other. She gave the standard refusal, on which the guy took the paper and disappeared. Only after he’d gone did she discover that her smartphone, which had been on the table, had disappeared as well.

On going to the Samsung dealers to get her phone tracked, they asked her to lodge a police complaint (a First Information Report, or FIR, as it’s called in India). They also warned her not to accept a certification from the police that she’d complained, in lieu of an FIR – something they said the police would try and fob her off with.

Of course, that’s exactly what they did try. They told her that the certification was all that was required, not an FIR. When she insisted on an FIR, they told her that it would mean a lot of inconvenience for her, since she’d have to go to court to identify her property and so on, in case it was recovered. And when she still insisted, they still wouldn’t record her FIR. After all, if they did, they would actually have to do some work and follow up the complaint, and submit a closure report afterwards. Lots of work.

In the end she phoned her boss, who knows a senior crime branch officer, who then called back and ordered the policeman to record the FIR. Only then, after realising that she had influential contacts, did they finally record the FIR, and show her the rogue’s gallery to see if her thief was among them. Apparently, they knew it was a professional job, meaning this kind of blatant theft isn’t exactly unknown, and that the cell would likely be sold before the next day was out. If they get it, they’ll get it from the buyer, not from the thief.

The significant bit here is, you’ll understand, the extreme reluctance of the police to lodge the FIR. My lady is, obviously, an educated urban professional, and even she had to call in influence before the complaint was lodged. Can you imagine the scenario where a poor, illiterate villager might go to the cops to report some serious crime – some crime which might involve greater work than tracking down a missing cell-phone? He or she would be lucky not to be thrashed, raped, or locked up on false charges to teach them a lesson for disturbing the police.

No wonder the villagers of India show extreme reluctance to approach the cops for anything, and prefer the rough justice of caste councils and Maoist rebel courts. They may be crude and heavy-handed, but at least they work after a fashion.

The police, on the other hand, can be harmful to your health.
Posted by Bill the Butcher at 12:18:00 am 3 comments: