Jihadi John and the 1% of the 1%: A Prediction for the Future

We live in a world run by psychos.

This is not something, of course, that I was the first person in the world to realise. As we have known for some time, leadership and success in business and politics – in most fields, probably – requires a particular kind of narcissism and the sort of sociopathy that allows one to ruthlessly use others as stepping stones and manipulate them to one’s own ends. But in recent days the process seems to be getting far more overt.

Some of the overt psychopathy is very deliberate and in your face. I don’t know where my assistant gets these videos. But a few days ago he sent me one more, of an ISIStani man cutting off people’s heads with a...sword. This wasn’t the staged and probably faked videos of people in impeccably clean orange jumpsuits, kneeling before masked evildoers and reciting prepared scripts before being “beheaded” off screen.

No, this was the real thing, with a blindfolded man in civilian clothes being made to kneel on a piece of ground soaked with blood, one ISIStani pushing down his head and another then cutting it off with one stroke of a sword. Where does an ordinary citizen obtain a sword, by the way, let alone training in how to use it? Saudi Barbaria? They then drag off the corpse to dump it on a pile of decapitated bodies. And there are at least three kids among the quite considerable crowd watching the spectacle.

Not the most pleasant video I have ever watched, you’ll understand.

But ISIS – assuming it even exists as an entity, and isn’t a smoke-and-mirrors proxy of the Empire like al Qaeda, something which is extremely likely – is only small potatoes in the psychopathy stakes. After all, what can it do, chop off some heads, burn some people to death, crucify a couple of others, and in sum, outside its area of operations, act as at most a minor inconvenience? Unless it's artificially nurtured and kept alive by its alleged enemies like its parent al Qaeda is, in a few years, what will be left of it? Nothing.

Actually, ISIS has nothing on the real psychos, the ones who rule the planet. These are the people who inhabit what’s been called “Richistan”, people so obscenely affluent that normal life has ceased to have any relation to them. They’re further away from the common herd than any medieval emperor or sultan. They’re more isolated from common humanity than the earth is from the star Proxima Centauri. They’re, one might say, the 1% of the 1%. And they are far from alone in their attitude.

One can even watch this sociopathy grow. I’ve often spoken of the Great Indian Muddle Class, and how it’s become a parasite feeding off the country, It’s a creeping loss of all the values one used to be taught that civil society was based on. It’s looking at starving, ragged people and not only feeling no compassion for them, no desire to help, but an active revulsion, so that one’s only wish is that they were gone. It’s hate sublimated as common behaviour, and anyone who doesn’t conform to that hate is a class traitor.

And this kind of thing, sad to say, seems to be getting worse in much or most of the world. Perhaps a few relatively egalitarian societies like Cuba or the Scandinavian nations are holdouts, but as for the rest, the Richistanis and their imitators have got a vice-like grip on the planet. And since they are, actually, rich enough to create a bubble of their “own reality” around themselves, what happens to the rest of us doesn’t make that much of a difference to them as long as they get what they want. To this end they buy themselves governments to legitimise their policies, private armies to protect them, wars to further their interests, and plan for the time where they will remain essentially unchallengeable till the sun burns out.

And unlike the crude and infantile violence of ISIS, these people also create their own reality. They invent their own history, they manufacture facts to validate what they do and say retrospectively, and they don’t feel the slightest, faintest trace of shame or embarrassment.

In other words, they’re psychos.

Now, I believe that – assuming we don’t annihilate ourselves in a nuclear war, another thing I consider extremely likely – that this control by psychopaths is going to have, in the long term, significant biological consequences for our species. Yes, I said biological. Consider:

We all – those of us reading this – believe in evolution, I take it? When one section of the population of a particular species is somehow isolated, and stops breeding with the rest of the species, that’s when evolution starts separating them into two different species. So far, this separation was usually geographical; ‘islands” as they’re called. Let me take a moment to explain.

These “islands” aren’t necessarily actual islands, but ecological areas across which members of one species can’t venture easily. For instance, suppose there’s a large and very dry desert, on one side of which there’s a range of mountains, and on the other, a coastal forest. Let’s then say there’s a species of antelope which lives in the hills. Owing to the paucity of water and food, few of the antelope venture out into the desert, but sometimes – let’s say for reasons of overcrowding – a few do. Most perish from thirst and starvation, but a very few lucky and hardy ones manage to make it all the way across to the coastal forest. Now of course there is enough food and water in the coastal forest for the antelope population to build up there again, but the conditions in a coastal forest are distinctly different than in an inland mountain range. Let’s say that in the mountains long legs for jumping from crag to crag, and long horns for sexual displays and courtship battles are better for survival. But in the coastal forest long horns would merely snag in vegetation, rendering one defenceless against predators, and short muscular legs rather than long and spindly ones would be of much greater use in pushing through the undergrowth. So the two different populations of antelope would soon become drastically different in appearance, and in a relatively short span of time would – by accumulating random genetic changes – become incapable of breeding with each other to produce fertile offspring.

Now that’s something, as I said, happens in the case of a geographical separation; but what if it’s not geographical, but social?

What if the human race splits into two sections which don’t interbreed at all, or not enough to matter?

Long ago, HG Wells, in The Time Machine, postulated a future in which Homo sapiens had split into two different species, the Eloi and the Morlocks, after the ancestors of the first had forced those of the second underground as workers in subterranean factories, there to slave in perpetual darkness. Not surprisingly, this was far too communistic a situation for Hollywood to handle, which is why its first attempt at a movie adaptation had the Morlocks become merely evil savages, contrasted to the intelligent, cultured, simpatico Eloi. But that was, of course, fiction.

If humanity survives, and current trends continue, this may not necessarily remain fiction. Societies today are not only stratified, they’re becoming more so by the day, with an almost unbreachable separation between the Richistanis and everyone else. And, of course, just like the kings of yore, the inhabitants of Richistan breed among themselves.

Now this is significant. In nineteenth-century Europe, the constant intermarriage between royal cousins meant that haemophilia became an extremely common illness in those circles, because the responsible genes kept getting shuffled back and forth in the limited pool. Now, as I said, the Emperors of the World are psychopaths, who care less than nothing for what happens to everyone else. I can’t prove that this is genetic, but it might well be. What is certain is that culturally, at least, they pass on their attitudes into their own circles.

And of course they can afford the best of everything – the best food, medicine, shelter, everything. When climate change and desertification unleash starvation and disease on the world, they’ll still be the ones who will have access to those things – the only ones, given enough time. So they’ll remain more or less as they are now.

Meanwhile, the rest of the human race will become stunted through lack of nutrition, and dwarfism will become a positive survival advantage because very short people would not invest scarce food into attaining great height. People who can more efficiently use water – maybe because they sweat less, and have kidneys which produce more concentrated urine – will have greater chances of survival than those who don’t. People who are more disease resistant, in the absence of affordable medicine, will live to breeding age rather than their more delicate peers. And it’s more than probable that those who bond together in tribal groupings will have much better prospects than those who don’t.

Even then, life will be brutish and short, and rapid development to breeding age will be significantly important. If one can breed before one dies of starvation, disease or tribal warfare, one can pass on one’s genes. Not otherwise.

So, as time goes on, it’s going to be a tale of two subspecies; one, a tall, well-fed, healthy, relatively modern overclass with a very strong sociopathic streak; and the other, a scrawny race of tribal midgets with thick skin lacking sweat glands, who attain puberty quickly (devoting resources to reproduction rather than other bodily development) on the other.

Then, I suppose, when the resources of the planet are all but run out, the overclass will sail off to the wide black yonder in a starship and leave the world to the dwarfs. 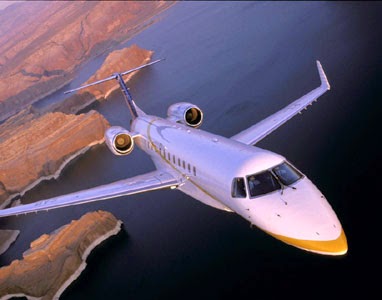 And the meek shall inherit the earth.