Death of a Terrorist

Excuse me just a moment
I won’t take much of your time.
I am nobody important –
Nobody you’ve ever heard of
Nobody who has a right to speak
In your comfortable living rooms, to you
As you sit sipping Coca Cola
With pizza and cheese.

I know I have no right
To do this.

Forgive me
For taking this time of yours
To speak.

Let me tell you my story.

Who am I? Nobody.
I have a name, of course.
Mohammed Tuaiman al-Jahmi, that’s what they call me
And I’m from Yemen, far far away
A place where the evil men of Al Qaeda dwell.

We all know Al Qaeda is evil
And has to be fought by all means possible
For the safety of your malls, your schools
Your wives and children in their homes.

And it’s a model campaign to destroy Al Qaeda, I’m sure
With drones eliminating these terrorists
Giving them a stark choice
To give up, or to die.
It is a commendable campaign, indeed
A Crusade, though you must not call it so.

I am Mohammed Tuaiman al-Jahmi
Who had a father and brother freed by your drones
Freed from life, and its cares, and everything to do with it.
Or maybe they were evildoer terrorist Al Qaeda scum
Though I did not know it.

And I thought perhaps
You would leave me alone then.
But I must have been an Al Qaeda myself
Even though I did not know it.

And that is why I was burned to death
By a Hellfire from the sky.
And a statement said three Al Qaeda were killed.

Do not rejoice too much in my death
There is no time to rest on your laurels.
For there are more terrorists
Behind me. 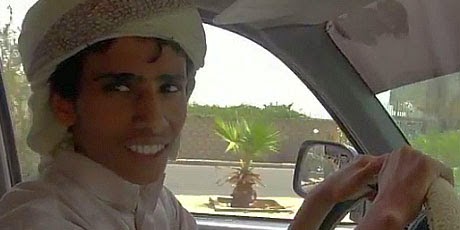 “In their eyes, we don’t deserve to live like people
in the rest of the world and we don’t have feelings
or emotions or cry or feel pain like all the other
humans around the world.”