One day, a goddess was walking wearily through time and space, and her back was aching.

This happens to goddesses sometimes, just as it does with regular women.

So the goddess decided to sit down, and did so on a soft, dusty moon, propping her feet up on the nice convenient planet that moon orbited. But the planet was covered with nasty sharp mountains, and the jagged peaks of some of them cut her bare toes.

Since goddesses can be petulant, especially when they’re on their periods, she kicked out with her foot at the planet, and moved off in a huff. But soon enough she forgot all about it, and in any case she never came that way again.

It was a big universe, after all.

And, somewhere, in front of a wandering tribe fleeing from an avenging king, the Red Sea parted. 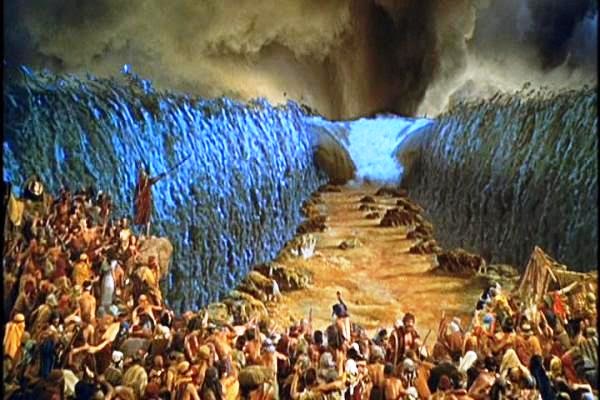