The Mythology of D Day

If you’re at all interested in the history of the Second World War, answer this question: which battle was the single, most important turning point of the war?

If you answered “D-Day”, or “the Normandy Landing”, congratulations: you’ve learned your pseudohistory well. Why do I say pseudohistory?

I assume that most people reading this will already know something about the Normandy invasion of 6th June 1944, the greatest amphibious assault in history up to that point. And, as Hollywood proved repeatedly by making films like The Longest Day and Saving Private Ryan, the world would be still under the Nazi jackboot if that colossal effort had failed. Only after D Day did the tide turn, the Wehrmacht fall apart, and the Allies roll on Berlin.

As certified by Nobel Peace Prizident and Supreme Warmonger-in-Chief Barack Obama, that was where the “tide was turned in that common struggle for freedom”.[1]

Isn’t that what happened?

The D-Day landings had one significance, and one only: they shortened the war. Even if they hadn’t happened, the Germans would still have been beaten. Why do I say this?

The tide in the war against Nazi Germany had turned long before Normandy. It had broken before Moscow in the hell of the winter of 1941; it had been decisively turned in the alleys of Stalingrad in 1942-3, when General Chuikov and Marshal Rokossovskii, between them, wiped out Field Marshal Paulus’ Sixth Army along with its Italian, Hungarian and Romanian allies. The last vestiges of the Nazi tide had been turned at Kursk in 1943, when the vaunted Waffen SS Panzer divisions had been annihilated by Marshal Zhukov’s T 34 regiments. By 1944, the final German defeat was only a matter of time. 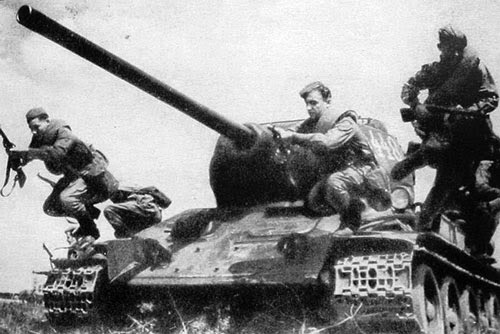 Throughout the 1941-5 period, the Soviet Union was Nazi Germany’s primary enemy, and the war on the Eastern Front the overwhelming concern. As Alan Clark noted[2], to the Germans, the war always meant the war in the East. Even after D-Day, the German High Command committed the overwhelming majority of its forces in the East[3]. Till the very end, it was attempting to negotiate an armistice in the West while continuing fighting in the East.

The D-Day landings, huge as they were, involved landing five divisions (130000-156000) of troops against defenders who could be, it has been said, “most charitably described as second-line”[4]. While these troops, and subsequent reinforcements, were fighting their way through the hedgerows of Normandy, something far more important happened on the other side of the continent.

Second question: how many of the readers of this article, who claim to be knowledgeable about the Second World War, have heard of Operation Bagration?

I’m not surprised if you haven’t. Launched on 22nd June 1944 – three years to the day that three million German soldiers had poured across the border to invade the USSR - it was the single most significant military action of 1944, far outstripping D Day, the Ardennes Offensive and the Burma Campaign put together, and it brought the Red Army to the gates of Warsaw. Operation Bagration[5] was the first mass offensive (rather than counteroffensive, as at Moscow, Stalingrad and Kursk) that the Red Army had launched in the war, and it marked a permanent shift in the balance of power in the East. But to the average Western history book, it might as well never have happened. 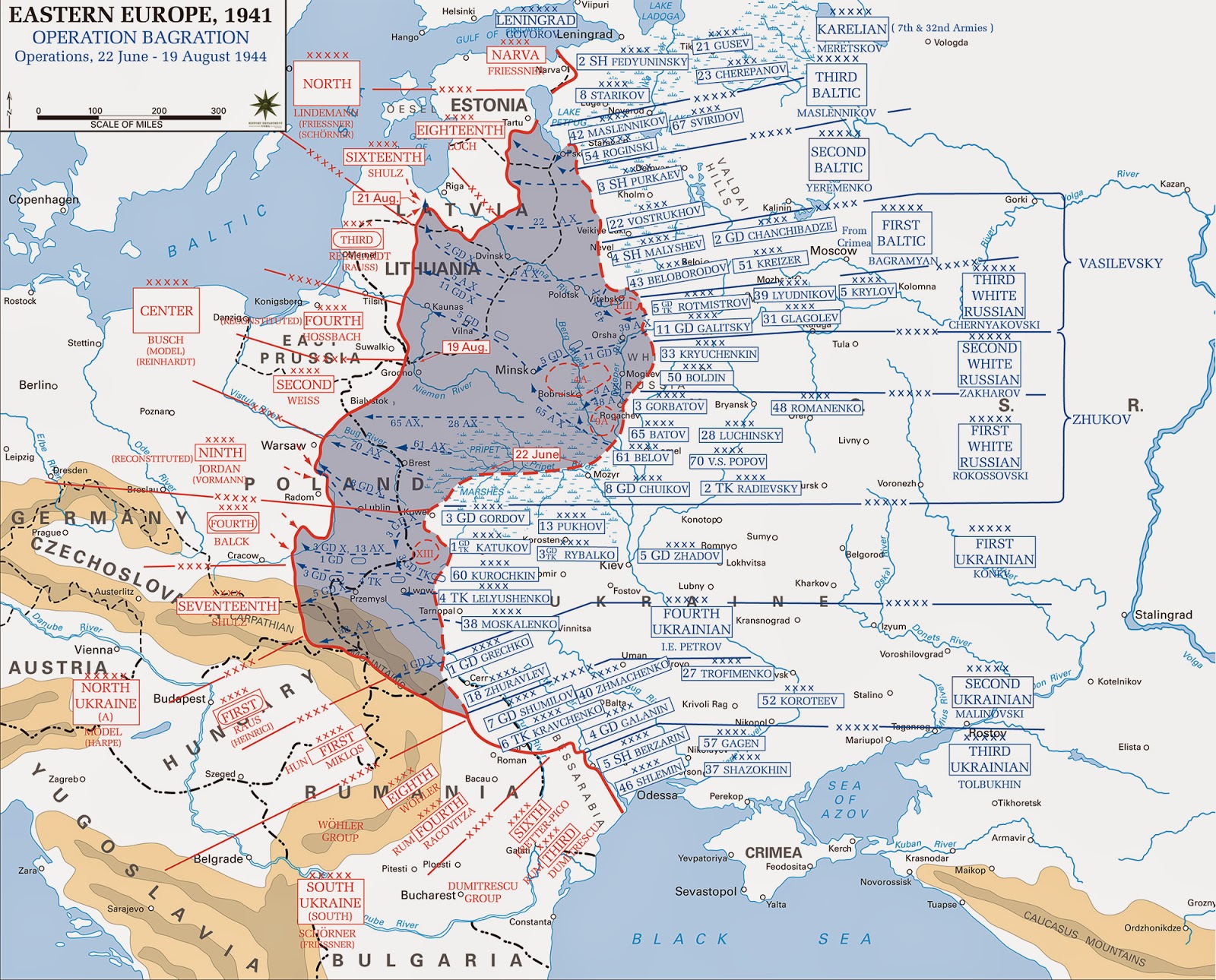 If Operation Bagration was the largest offensive of 1944, D Day was one that might well have happened earlier. There are excellent reasons to believe that, as Stalin himself thought, the “Second Front” (Normandy) had been delayed until it could be put off no longer[6]. If the Western Allies (or, as the Supreme War Criminal Barack Obama implicitly pretends these days[7], the only Allies) had procrastinated much longer, the USSR would have beaten Germany by itself, and likely laid claim to a much larger share of influence in post-war Europe.

There is some substance to this claim. That the troops required to invade France were available well before D Day is not in dispute; they were available, in fact, over a year earlier. Instead of being used to invade France, though, they were utilised in Operation Torch, the Allied landings in North Africa. Though they did end the war in the Sahara by May 1943, that was always a sideshow in the war. Even if the Germans and their Italian allies had (never a real possibility, given the balance of forces) prevailed in Africa, that would have had no effect on the war as a whole. The Red Army would still have rolled over the Wehrmacht, and Berlin still would have fallen. 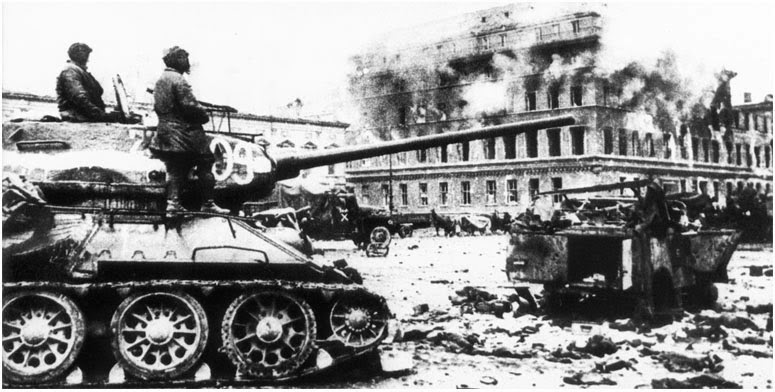 But why would the (Western) Allies want to postpone the Second Front as long as possible? The answer to that lies in the fact, as Alan Clark said[2], the Western Allies would have preferred to see a stalemate in the East, with the Germans and Russians beating each other to pieces. As a matter of fact, the Western Allies had expected a swift collapse of the Soviet Union in 1941; William Shirer claims that Pentagon officials had “confidentially informed reporters” in September 1941 that “the collapse of the USSR was a matter of weeks.”[8] And even as late as 1945, both US General Patton[9] and British Prime Minister/ Supreme War Criminal Winston Churchill[10,11] were plotting a war against the USSR as soon as the German war was concluded – in alliance with the defeated Germans, if need be.

There is another reason why D Day is celebrated in Western historical mythology, of course – the pernicious American tendency to rewrite history to put the US in the driver’s seat, each time, every time. It’s just part of the charming thing called American Exceptionalism.

Only, this time, the erstwhile Western Allies are openly on the Nazi side.

[2] Alan Clark, Suicide Of The Empires

[8] William Shirer, The Rise And Fall Of The Third Reich 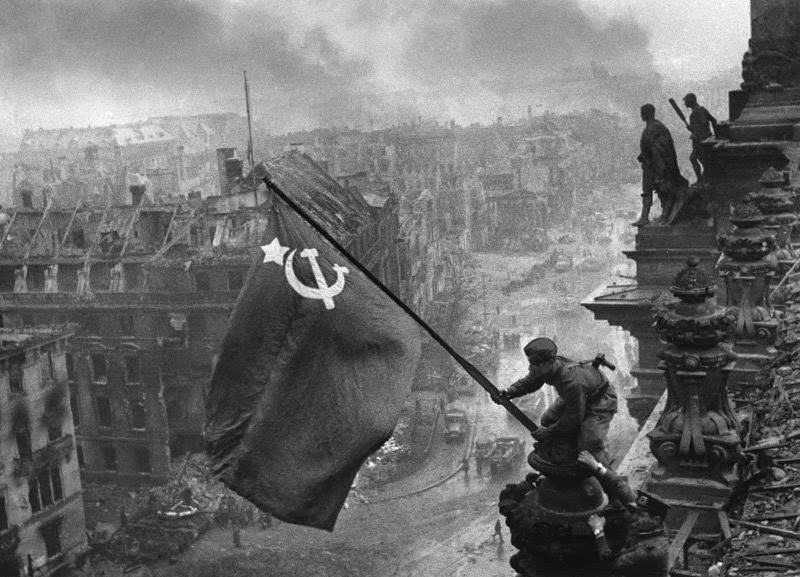