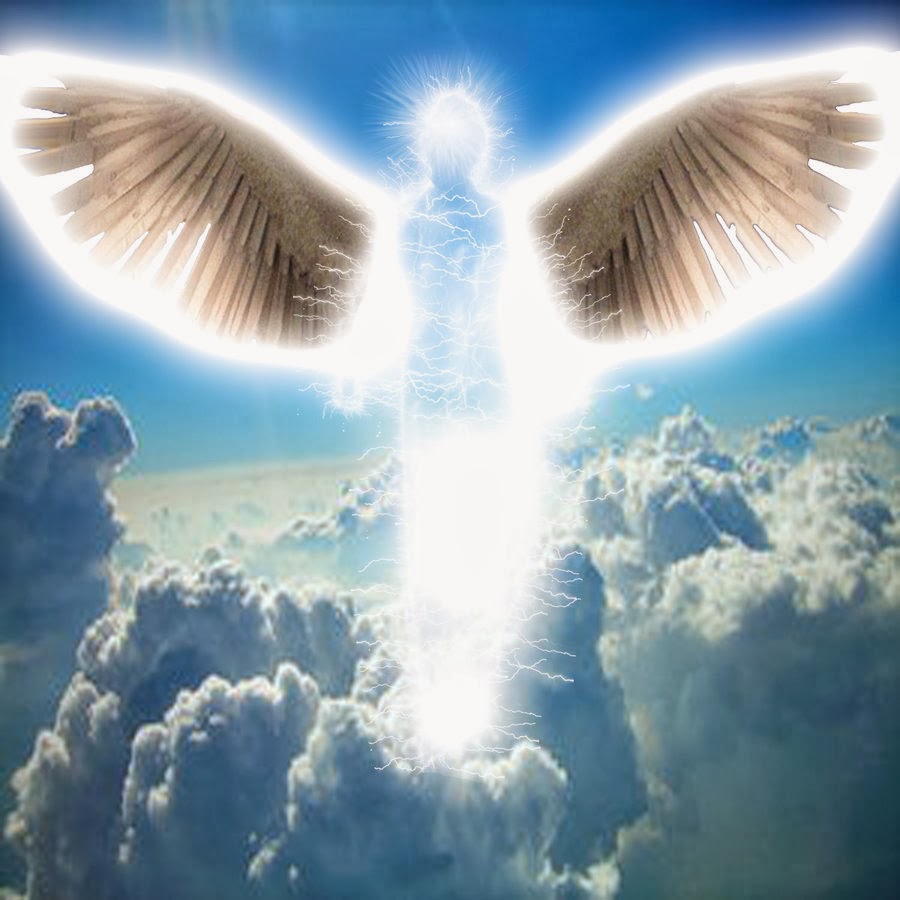 One night Rebecca woke to find an angel sitting at the foot of her bed.

She rubbed her eyes and made sure that she was awake and not imagining things. She wasn’t. It was a real live angel, white nightgown, wings, halo, everything. The angel smiled at her and extended a celestial hand.

“No, no, not at al.” The angel shook his head deprecatingly. “Death is for other people. You will reach Heaven just as you are. Come.”

Well, one doesn’t turn down an invitation like that, so Rebecca got out of bed, just as she was, and took the angel’s hand. At least , she thought, she was dressed for the part in her own long white nightgown. Probably she’d grow her own wings and halo in time.

A shimmering silver staircase opened up on the other side of the room. The angel led Rebecca to it and they began climbing Heavenwards.

“It’s wonderful,” the angel enthused. “You’ll see in a minute. Plenty of entertainment, a great medical plan, the works. Of course,” he added, “few people get there in their own bodies like you, so their experience might be a bit less...complete.”

“Why am I chosen for this honour?”Rebecca asked. “Is it because I attend church every day and never miss a prayer meeting? It’s that, isn’t it?”

“No, no.” The angel waggled a wing. “All that doesn’t matter. Plenty of people go to church every day. We don’t care about that.”

“Then it was my opposition to gay marriage? I did always say homosexuality was unnatural!”

“Gay, straight, bi, what do we care?” The angel laughed so hard his halo threatened to fall off, and he had to grab at it quickly. “Doesn’t make a difference.”

“Oh, then it was because I was always against abortion. I knew threatening to kill those abortionists would bring me my reward.”

The angel shrugged. “Whether a kid gets killed before or after getting born, it’s still dead either way. As far as we’re concerned it’s not a factor.”

“It was because I refuse to believe in Evolution, is that right? I knew I was right in rejecting it as the work of the devil!”

The angel smiled at her over his shoulder. “Forget about all that,” he said. “Evolution exists, whatever anyone believes about it. The devil doesn’t exist, though.”

“The devil doesn’t exist?” Rebecca was flabbergasted. “What about hell and damnation, then?”

They had come to a set of huge gates made of pearl and inset with silver and gold. The angel took a platinum key from his pocket and inserted it into a lock. With a creak of unoiled hinges, the gate swung open.

“So what was it that earned me this honour?” Rebecca asked. “I’ve always been good and chaste. I haven’t drunk or fornicated or listened to that evil rap music or...”

“There you have it,” the angel interrupted.

“What? That I haven’t drunk or listened to that disgusting rap?”

“No, the bit about not fornicating. That was what we wanted.”

“Nothing more.” The angel ushered Rebecca on to a landscape of clouds in tasteful pastel colours. “Here we are in Heaven.”

“I knew it,” Rebecca said, feeling the excitement rush through her veins. “I knew I was right in abominating those sluts, fornicators and Jezebel whores. I just knew I would get my reward for keeping my purity.”

“Yes, you do.” The angel squeezed her hand encouragingly. “And now for your reward, as promised.”

“What is it?” Rebecca jumped up on her toes like a little girl in excitement.

“You get to shag a suicide bomber,” he said.