Ten Years Later: The Other Victims of 11/9

Statutory warning: This article is a statement of my views, and while it is not meant to offend anyone in particular, its subject matter is contentious and may cause distress, anger or recriminations amongst certain readers. As always, I am in no way responsible for any fights, disagreements, or fallings-out caused by any discussion on this article. Thank you.

Ten years ago, as we all know, four planes were (according to the official narrative, to which we will adhere for the purposes of this article) hijacked by nineteen young mostly Saudi Arabian men wielding knives and “box-cutters” (an implement which I confess I’d never heard of before this incident), in order to be used as kamikaze guided missiles. These men were mostly based in Germany and the US, where some of them trained as pilots, and were led by one Mohammad Atta. 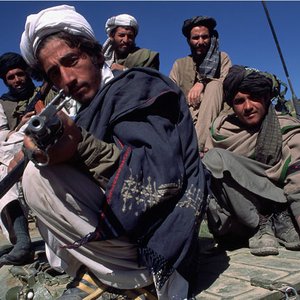 And since your entire nation is awash with guns due to a civil war stoked by the same people occupying your land, guns are simple to come by. In fact, given the actual situation, it’s hard to see what you could do except pick up the gun. Democratic elections that are a joke? Justice that’s up for sale to the highest bidder? Give me a break.
Also, after living your entire life with war around you, except for a magic period of relative tranquillity under a regime where you at least had some measure of peace and security, on whose side would you be? On the side of the urban elite, who have access to the slush money the occupiers throw about? On the side of the people who buy everything, including justice? Or on the side of villagers like yourself, who have vowed to throw out the occupation and what you see as its collaborationist traitor cabal? Which?
And if that makes you a Talib, that’s a price you might think worth the paying.
Imagine an entire nation of Hanifullahs. None of them has heard of 11/9. None of them cares either way about Al Qaeda or anything of the sort. They have much more pressing problems, the foremost being the need to survive, and to throw off the incredibly corrupt government[10] the foreign occupiers have imposed on them, backed by an equally corrupt police and army. And with a cultural ethos of resistance against foreign occupation, why would they ever quit fighting?
Answer: it’s their nation, and they won’t.
But, like human beings everywhere, even Hanifullah and his brethren have hopes and dreams, and would like nothing better than to be left alone to follow those hopes and dreams. Having them destroyed in the name of preventing a repetition of an episode that none of them has ever heard of isn’t reasonable to him. And since his entire nation has been destroyed – and continues to be destroyed, on a daily basis – he will continue to fight, and his children will continue to fight after him.
And now imagine a world of Hanifullahs – people from nations which had nothing to do with 11/9, at all, but which have borne the brunt of the “reaction” to it. Iraqis, Palestinians, Yemenis, Pakistanis, Somalis, Libyans, and so on and on and on. Why would any of them retain any sympathy at all for the direct victims of 11/9, always assuming they even knew of them in the first place? In their place, would you?
Even the Hanifullahs aren’t the only victims. The Bradley Mannings[11] of the world are victims. The people in whose name these wars are being fought are victims, including those who have been brainwashed into supporting lies and military expeditions in the name of freedom. The prisoners of Guantanamo Bay and Abu Ghraib are victims. The soldiers who have been hoodwinked into giving life and limb and morality to the war machine are victims. The people who have had to lose their freedom of speech, or have given it up out of fear, are victims.
Just after the 11/9 attacks, a German magazine said “We are all Americans.” Today, as a result of the response to those attacks, not only are we not all Americans, not even the majority of Americans are “Americans”. Not in the sense the magazine meant.
One way or another, we are all victims. One way or other, we are all Hanifullahs instead.
Sources:
[1] http://original.antiwar.com/justin/2011/09/08/911-and-the-bizarro-effect/
[2] http://original.antiwar.com/jwhitehead/2011/09/07/ten-years-after-911/
[3] http://original.antiwar.com/lobe/2011/09/09/al-qaedas-project-for-ending-the-american-century-largely-succeeded/
[4] http://www.foxnews.com/world/2011/09/09/survey-reveals-2-percent-young-afghan-men-have-never-heard-11/
[5] http://gorillasguides.com/2009/02/20/when-youre-wounded-and-left-on-afghanistans-plains/
[6] http://news.antiwar.com/2011/08/29/cables-reveal-2006-summary-execution-of-civilian-family-in-iraq/
[7] http://www.guardian.co.uk/world/2010/sep/09/us-soldiers-afghan-civilians-fingers
[8] http://www.spacewar.com/reports/NATO_air_strike_kills_Afghan_family_of_six_officials_999.html
[9] http://www.nytimes.com/2011/03/03/world/asia/03afghan.html
[10] http://www.huffingtonpost.com/2010/12/02/wikileaks-afghanistan-cor_n_791321.html
[11] http://www.guardian.co.uk/commentisfree/cifamerica/2011/mar/11/bradley-manning-wikileaks
Further reading:
http://news.antiwar.com/2011/09/08/nato-admits-killing-bbc-journalist/
http://newamerica.net/publications/articles/2008/how_we_lost_war_we_won_8200
http://original.antiwar.com/engelhardt/2011/09/08/lets-cancel-911/
Posted by Bill the Butcher at 7:28:00 pm