Why there will be Nuclear War

Now, I am not saying that nuclear war is being planned. In fact I think it’s not being planned by anyone, that nobody is quite that stupid, at least those in power; and if their propaganda about the so-called Free World passes off nuclear weapons as usable, that’s just playing to the gallery.

No, I do not think anybody is planning a nuclear war.

But I think it is extremely likely that they are going to get one.

Why do I think this?

There are two reasons, both to do with Western brinkmanship towards Russia.

The weakness of the Russian armed forces:

The first part came after the collapse of the USSR, when the West actively encouraged and supported the Yeltsin kleptocracy to loot Russia dry. The resulting implosion of the Russian armed forces in the early 1990s was so severe that the country has not yet fully recovered from it. This weakening of the Russian armed forces, according to the West, was a great American victory.

Actually, it was stupid and counterproductive.

The old Red Army was, at the least, capable of fighting NATO to a standstill using only conventional arms. It’s obvious to all except the wilfully deaf and blind that the USSR had never envisaged an offensive war; Stalin had only occupied Eastern Europe after WWII as a necessary defensive belt, in order to forestall another 1941-style invasion. However, if war had come, the USSR would have been ready to take the fighting to Western Europe in order to force a favourable peace. It did not have to consider nuclear weapons except as a last resort

The Russian Army of the 1990s, though, was, and even the Russian Army of today is, incapable of even attempting feats like forcing the Fulda Gap and storming across the plains of Germany towards the English Channel. In fact, it is still rearming and barely capable of defending the territory of Russia against a modern opponent. Yes, the average Russian soldier could probably take apart the average NATO soldier with little trouble, and the Spetsnaz would be more than a match for Obama’s SEALs. But in a modern war, fought from beyond visual range with missiles aimed at targets pinpointed by satellites, the Spetsnaz and SEALs would be unlikely to meet. Russia would – at least until its current rearmament programme is complete, a process which will take a minimum of a decade – be left with a force virtually decapitated within days if it chose to fight a conventional war.

You get the picture.

In fact, Russia would have to use its bombs in huge numbers and all at once, in order to get them away before the ABMs on the borders could intercept any significant number, NATO counterstrikes could destroy more in their silos, or American naval units could knock out Russian submarines. By weakening Russia, NATO is merely guaranteeing itself greater destruction.

Now, by pushing its forces right up to Russia’s borders, deliberately attempting to foment “colour revolutions” within former Soviet republics, and stationing anti-ballistic missiles on the frontier, NATO is setting the stage for such a war. It might not imagine one will actually break out. It might think Russia will roll over and surrender without a shot when the time comes. But, going by what happened in Iraq, Afghanistan and Libya, one can infer that NATO isn’t a good judge of how the world really works.

Pushing Russia to the wall:

Rather than belabour the obvious, and keep repeating the tale of American and NATO/EU hypocrisy and aggression against Russia, let me propose a hypothetical scenario:

In 2015, the Frozen War between Russia and the US grows even colder. Russia completely removes itself from the dollar, China follows suit, and the three other members of the BRICS – India, South Africa and Brazil – also reduce their dollar holdings dramatically. America’s ability to damage Russia economically becomes increasingly marginal. Russian gas sales to China, India, Turkey and Iran more than compensate for lost sales to Europe, which is beginning to seethe in discontent at its puppet rulers.

In retaliation, America foments (and this is something I predict one hundred percent is going to happen) a “colour revolution” in Russia, using bought-and-paid-for agitators like Pussy Riot and other traitors like Garri Kasparov. The “revolution” causes temporary chaos in Moscow and St Petersburg, but collapses within a week or two since the huge majority of Russian people are behind Putin and will remain behind him. They have no desire to go back to the kleptocratic “democracy” of the 1990s. As the “colour revolution” begins crumbling, America desperately pushes in weapons and mercenary snipers, like at the Maidan in Kiev in February 2014. There is violence, the “revolution” is crushed with some bloodshed, which the Western propaganda and its bought and paid for media pretend is all due to the tyrant Putin crushing the yearning for freedom and democracy. If there are any sanctions Obama hasn’t already imposed, he does so, ordering his EU slaves to follow in his footsteps. Obediently, they crawl to do his bidding.

Apart from the sanctions, the US begins covertly and overtly arming, funding and training “freedom-loving resistance groups” in camps in Rump Ukraine, the Baltic puppet slave states, and the fascist outpost of Poland. These terrorists cross the border, carry out acts of sabotage, and attack passenger planes and other civilian infrastructure. They kill children, bomb apartment blocks, and the Western media blame it all on Putin himself.

Don't think it will happen? Remember American arming and training of jihadis in Afghanistan in the 1980s and the fact that Chechen terrorist warlords still find shelter and protection in Britain and the United States.

In response, Russia builds up its forces in its border areas, and attacks groups of terrorists attempting to cross into Russian territory. Some of these shells fall in the territory of Estonia or Poland, shall we say, and trigger a NATO response, which causes Russian soldiers to shoot back. Things escalate from there, each bullet bringing a dozen in retaliation. If one episode is defused, another soon occurs, because of course the terrorists keep coming.

Or perhaps the attacks grow so intolerable that Russia carries out air strikes on the training camps located in the territories of the US vassals. What happens then?

I think you know already.

Yes, it’s going to happen. And when it does, in the unlikely circumstances that they survive, Obama and his slaves will loudly declare that they bear no responsibility whatsoever.

And they will be right.

It will be the drivelling idiots who voted for them and mindlessly support their policies who will be responsible, not they. 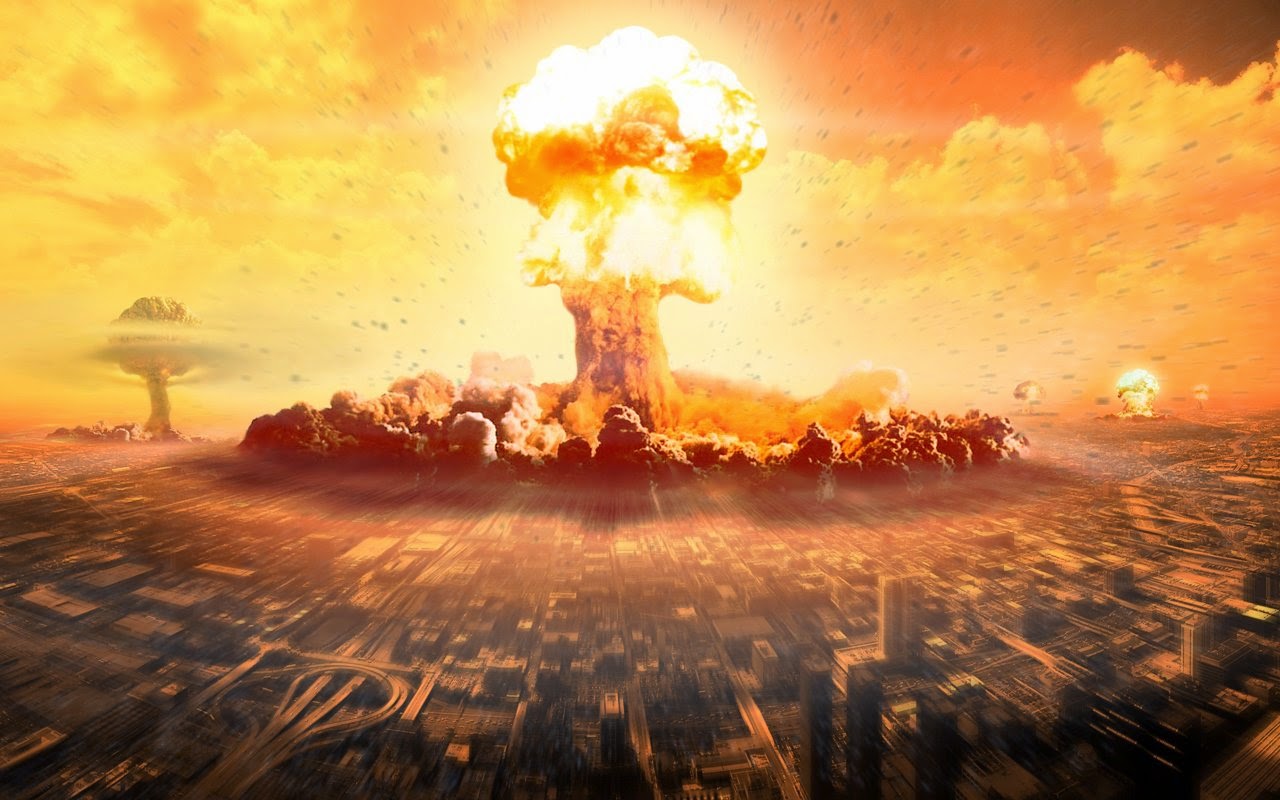