Sometimes the internet brings unforeseen gems to one’s attention, which one would never have heard of otherwise, let alone experienced.

I came across one of those gems today; a lovely little film called Kandahar.

Many people don’t realise just how spectacularly nasty the Taliban rule over Afghanistan was. In the terrible years between 1996 and 2001, Afghanistan was turned into a landmine-strewed, famine-ravaged wasteland where nothing but the Taliban version of Islam – which was, in its essence, little more than boiled-over Pashtun tradition steeped in ultrafundamentalistic Islam – was allowed to exist. In its essence, it’s what this film is about – the effect of the Taliban on Afghanistan.

Another thing many people don’t realise is that one of the very, very few nations which actually took concrete steps to oppose the Taliban rule in Afghanistan (alongside Russia and India) was Iran. While the US was practically falling over itself in 1996 to tacitly approve the Taliban takeover of Kabul, and was busily negotiating with it for pipeline rights as late as 1998, which shows the Nobel Peace Prizident’s Good War in particularly hypocritical light, Iran was overflowing with Afghan refugees, and unlike Pakistan did not attempt to turn them into its own version of Holy Warriors to meddle in its northern neighbour’s affairs. And this is an Iranian movie, with a distinctly Iranian directorial touch. It’s not new: it was made back in 2000 and premiered internationally in 2001, whereupon it largely sank without a trace, Though most of it was shot in Afghan refugee camps in Iran, some was clandestinely shot in (Taliban-controlled) Afghanistan.

Based partly on a true story, it tells the tale of Nafas, an Afghan-born woman who has escaped to Canada and made good there as a journalist. Her sister, however, remains behind in Afghanistan, in the Taliban capital of Kandahar, and manages to send word to Nafas of her intention to commit suicide before the first eclipse of the millennium. With only a few days to get to her sister before the eclipse, Nafas flies to a refugee camp in Iran, and there pays a returning Tajik family to let her tag along, clad in a burqa, pretending to be one of them.

Once in Afghanistan, the returning refugees are promptly set upon by Taliban soldiers and robbed of all their belongings, including their mini-truck, whereupon the Tajik family decides to return to Iran, leaving Nafas to her own devices. In a blackly comic episode, a young boy expelled from his village madrassa for not being able to recite the Koran satisfactorily (including not swaying back and forth hard enough) volunteers to take her to Kandahar for $50. And during this journey he stops to rob a skeleton in the desert of a ring he hopes to sell in order to be able to help feed his mother.

Ravaged with fever and dysentery, with just two days left to reach her sister, Nafas stops off at a village doctor’s for treatment. This doctor, who examines his female patients through a hole cut in a sheet, turns out to be a black American convert to Islam who had come to Afghanistan imagining it to be a nation of Allah. Thoroughly disillusioned, he now hides behind a false beard and says bitterly that in Taliban Afghanistan nothing modern is allowed – except weaponry. And he, who had once imagined that he would find paradise on earth, is too frightened to enter Kandahar.

Meanwhile, Afghanistan is also a land sown with mines after decades of war, and full of men – not soldiers, but farmers, labourers, young men who have hardly begun to live – who have lost legs to these weapons. A few struggling Red Cross medics try desperately to supply false legs to the huge number of people for whom possessing a prosthesis literally means the difference between life and death, because if they can’t walk, they can’t work, and that means they will starve. And these wretched sufferers in turn draw con artists who try and wangle false limbs to sell on the side, because there’s a waiting list of a year for a leg, and every single one is precious.

What kind of end can come of so much devastation, so much unhappiness and desperation? I won’t reveal much more here except to say that the title of the movie has shades of Waiting For Godot, and that it has absolutely everything to do with all that has gone before. Thinking back, any other conclusion would be asinine.

I’d give this film four and a half stars out of five. Half a star is being deducted for what I consider a piece of pointless “symbolism”: at the beginning of the film, Nafas sits in a helicopter which drops artificial limbs, pair by pair, by parachute to a field hospital below, while a doctor called Magda talks to the pilot by radio. Close to the end of the film, she is in a field hospital which is being similarly bombarded by pairs of limbs by helicopter...while the doctor in charge, Magda, speaks the exact same words by radio to the pilot. Recursive plot lines without a particular reason never did much for me.

But that’s really a minor irritant, as is the use of a Sanskrit prayer as recurrent background score. I’d be willing to forgive much, much more in a film like this which manages to do so much on so little, budget-wise. And it’s not just the starkly bleak and at the same time beautiful Afghan landscape or the evocative culture I’m talking about, or the hauntingly lovely faces of Afghan children, but of the simple things, like this piece of advice offered by a teacher to girls returning from Iran to Afghanistan:

“Today is your last day in school. In Afghanistan, you will not be going to school...there are no schools there. You will have to stay at home. But you mustn’t give up hope. If walls are high, the sky is higher still. One day, the world will see your troubles and come to your aid. If it doesn’t, you will have to stand together....if you close your eyes and imagine that you are an ant, then the house will appear much bigger.”

Eleven years after Afghanistan was “liberated”, the resurgent Taliban appear as the less unattractive alternative to the cabal of venal crooks, warlords, collaborators and rapacious government officials who rule that unhappy nation now, with the approval of the same country which had been instrumental in the rise of the Taliban in the first place.

The irony of it is bitter enough to make those children weep. The video can be viewed here.

Cricket In The Street My son is dead; will you speak at his funeral?
He was a bright boy, always smiling
And he spent his spare time playing
Cricket in the street.
“I will be a great player,” he told me, many times
“I will play for the country – win the World Cup
And people will see me on TV
All over the world.
You’ll come to see me play, won’t you?”
He’d ask, and smile when I ruffled his hair in reply.

That smile! He was so self-conscious
Of the gap where his milk teeth fell out.
“My teeth will grow again, won’t they?
Otherwise I’ll look so bad
When I’m on TV, with the World Cup in my arms.”
He was curious, too, asking questions
What is that, why is this, when will tomorrow come
On the other side of the world.
But he won’t do any of that again.

I can see through this window, this little opening
Onto the world, children playing
Cricket in the street. And tears blurring my eyes
Tell me almost, that I can see him among them
Running, shouting, waving his arms
But he won’t do that again.
I’d thought to love him through the years
See him grow, see him glow
And now he lies in the next room, cold
And I can’t even see him play
Cricket in the street.

My son is dead, will you speak at his funeral?
Will you come to see him laid to rest
In his burial shroud? Who has the greater right?
You made him as he is now – like God’s hand.
If it was not for you, not for the drone you sent
The drone you sent, in your wisdom, in your power
Which sent metal shredding through his little body
I would not be burying him today
And he would be outside, playing
Cricket in the street. 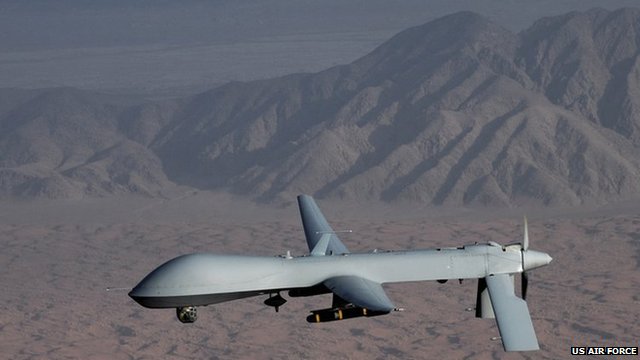 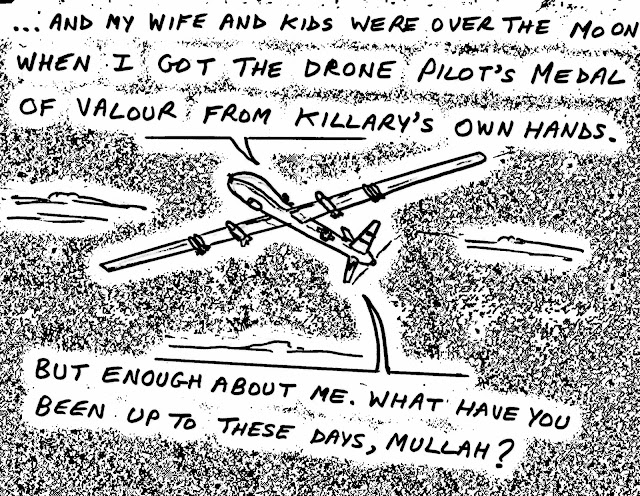 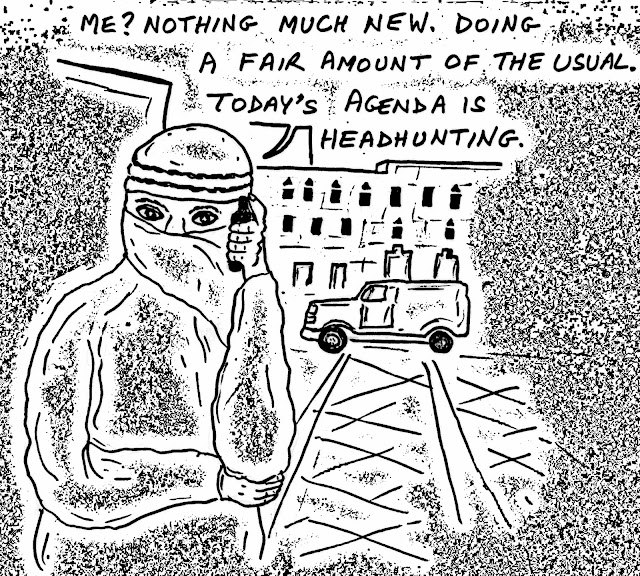 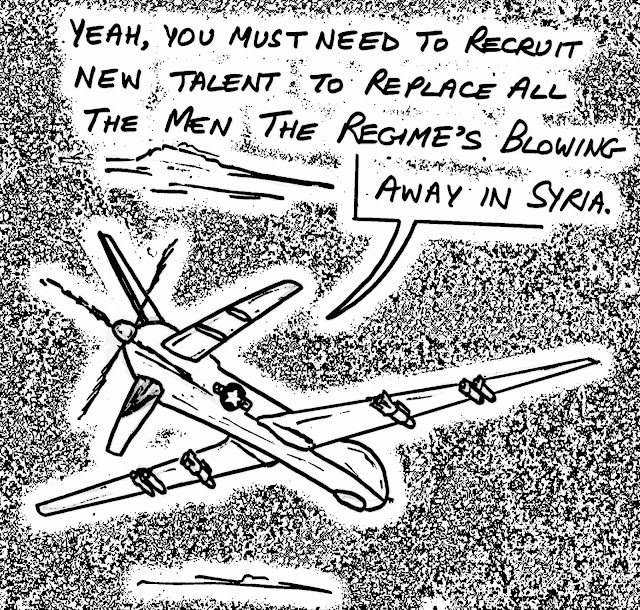 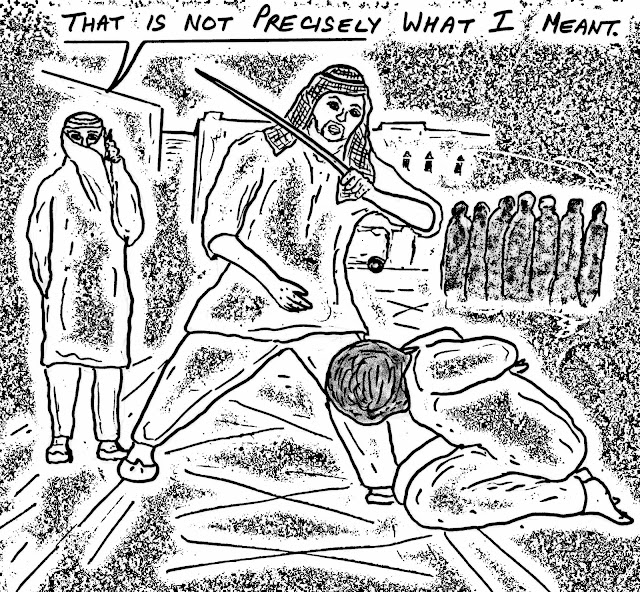 Posted by Bill the Butcher at 8:46:00 pm No comments: Links to this post

Or is it just my site? Each time I visit the pending comments page these days, it's full of spambots leaving comments which end with links to whatever it is they're plugging. Of course, since I've enabled full comment moderation, all I have to do is click on spam and they're gone.

Is it only I, though, or is everyone having the same problem?