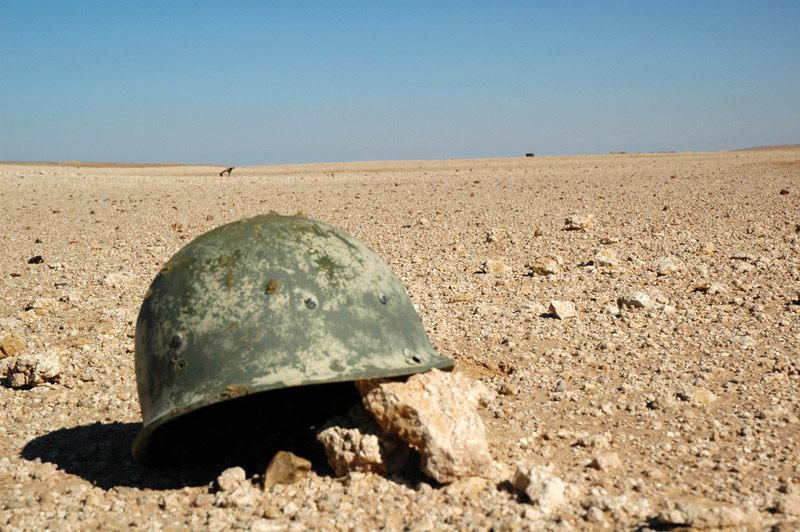 “Dad?” asks the woman anxiously. “Are you all right?”
“They called it shifting the sand,” the old man mutters. “Just shifting the sand. Don’t think about it as any more than that, is what they told us.” He opens his eyes and sways slightly. “As though we were construction crew.”
The woman nods, not understanding.
“I think we can go now, dear,” says the old man. “I think I’ll be all right now. It’s over now.” But he knows it isn’t over. One can come back to where it all happened, but one can’t give back the past. The baggage stays with one, always and forever.
“Mom,” says the girl, tugging at the woman’s sleeve, “it’s hot. Can we have a Coke, please?”
The Arab truck driver at the window moves his heavy, still muscular, shoulders and watches the American family walk back towards their hired car. He watches the American family, good-looking, well-dressed and obviously rich, and he wonders why, with all that he has, the old man is crying.