You know the story, repeated ad nauseam in bad nineteenth-century novels like RM Ballantyne’s The Coral Island, a whole genre of Italian exploitation films, and cartoons galore: explorer or missionary goes into the jungles of darkest Africa or South America, or ends up being shipwrecked on a Pacific island. Explorer or missionary is captured by savage native peoples and – if not saved at the last moment by the hero – is boiled in a pot and eaten. There’s even a name for it: Long Pig.

Well, did this ever actually happen?

Back when I was in school, I remember reading an article in a science magazine on cannibalism. According to that article, actual verified instances of cannibalism were incredibly rare, if one disregarded instances of starving people resorting to it in extreme situations (or, as a corollary, psychopaths like the German cannibal Armin Meiwes).

Specifically, the article considered cultural cannibalism – cannibalism as a cultural practice. What it said was that most instances cited could be put down to one of these factors:

1.     Missionary and explorer propaganda, designed to impress Europeans with tales of the savage and how valiant white men had to take on the burden of civilising them. One instance would be an account during the voyage of Captain Cook, where

“As Cook examined one of these bones, he realised in consternation that it might be from a human forearm. He asked one of the family members if these were not dog bones, but in answer the man took hold of the flesh of his own forearm and pretended to chew it.

Joseph Bank noted later: Tho we had from the first of our arrival upon the [New Zealand] coast constantly heard the Indians acknowledge the custom of eating their enemies we had never before had a proof of it, but this amounted almost to demonstration: the bones were clearly human, ... and on the grisly ends which were gnawed were evident marks of teeth, and these were accidentally found in a provision basket.” [Source]

However, unless those bones were preserved and can be tested today for toothmarks in a forensic lab, I’d say that without independent confirmation, Captain Cook’s account can be firmly put in that category.

2.  A lot of tribes told tales of other tribes who ate human flesh. In fact, these tribes used it as a propaganda weapon against their rivals. Missionaries told of how tribes would tell them, “Do not go up river, because the tribes there are fierce, and they eat men.” Whether they actually ate people was moot – the intention was to prejudice the listener. (And this also raises the question of why the listener should be prejudiced by hearing this, which is something we’ll be discussing later in this article.)

In either of these cases, the “evidence”, such as it is, seems anecdotal rather than hard; rather like the “evidence” for the Loch Ness Monster, which only makes sense if one accepts the Monster (or the phenomenon of cannibalism) is real to start off with, rather than keeping an open mind.

This isn’t meant to be confused with headhunting, a practice which most definitely existed, and well into the twentieth century among some peoples like the Shuar (“Jivaro”) of South America who are infamous for creating shrunken heads. In fact, the Shuar practice was actually encouraged by Westerners who bought the shrunken heads as curios and created a market for them. 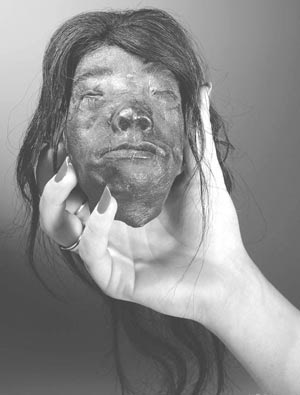 Also, there’s the curious case of human sacrifice, which occurred all over the world, from the Aztecs (who cut the beating hearts out of their sacrificial victims with obsidian knives) to India, where bandit gangs would sacrifice captives to the goddess Kali. (As a matter of fact, stray incidents of human sacrifice, generally of kidnapped children, still occur in India today. One happened in the western part of this state earlier this year.) The interesting thing is that both taking heads for trophies and sacrificing humans to please the gods stood as stand-alone practices. They were not followed by the general consumption of the flesh of the victim, even though sacrificed goats or chickens are eaten.

Going on that basis, there does seem to be something of a cultural taboo against cannibalism.

I’m not saying there weren’t stray incidents of cannibalism, of course. It’s perfectly possible that some warriors might have eaten, for instance, the hearts of their enemies in the belief that it would give them the enemy’s courage. What I am saying is that this wouldn’t rank as a regular, continuous practice which might be considered to be part of a culture.

Why should this be? Why should humans, who consume caterpillars and whales with equal felicity, have a revulsion against eating their own kind?

I believe we can find an explanation.

If you think about it, cannibalism isn’t all that common in nature. Starving lions and hyaenas, wolves and jackals won’t eat dead members of the group even if in extremis. Spiders, scorpions, sharks and Humboldt squids will, on occasion, but you’ll find that on the whole there are more predators who won’t eat their own sort than those who will – and among mammals, cannibalism is remarkably hard to find.

Yes, there is forced cannibalism, as of cattle being fed the ground up body parts of their fellows along with their fodder. This is a routine practice in factory farming, but hasn’t had very good effects – bovine spongiform encephalopathy, also called “mad cow disease”, is spread when cattle are forced to consume beef products to give them cheap, easily assimilated protein. The cause of this is something called a prion.

What are prions? This isn’t a digression, because I believe prions are an important explanation for the relative rarity of steady cannibalism in human societies and in nature.

A prion is probably the simplest and smallest external disease-causing factor which exists. Unlike bacteria, fungi or protozoa, prions aren’t living organisms. They aren’t even on the border of living and non-living, like viruses. Prions don’t have DNA or RNA; they are simply improperly folded proteins. When introduced into an organism, like a crystal which when put in a saturated solution of a salt causes salt to precipitate out of the solution, the prion causes normal proteins to convert into the prion form, which then goes on to cause cell damage and eventually cell death, to the detriment of the organism as a whole. Cows develop holes in their brains caused by swallowing prions along with beef products meant to fatten them up. That’s bovine spongiform encephalopathy.

And it’s not just cattle, either. There’s the case of human spongiform encephalopathy.

As far as I know, there’s only one cultural instance of what might be called cannibalism, and that is in the Fore tribe of Papua New Guinea. Among these people, the bodies of the dead used to be ceremonially consumed by their fellow villagers, in a practice intended to return the deceased person’s “life force” to the village. This was the cause of transmission of a prion causing a disease called Kuru or “laughing sickness”, an incurable degenerative malady of the central nervous system.  One of the features of Kuru is that the majority of victims were women and children; this was because the prions were concentrated in the brain, which was among the body parts left for women and children to consume after the men had taken the choice parts, the muscle and fat.

Considered on this basis, the taboo against cannibalism might make real, evolutionary sense. Some ancient protohumans, like Peking Man, were perhaps cannibals, but the practice doesn't ever seem to have become widespread across protohuman populations. Why not?

If a society – or a species – had a high incidence of cannibalism, the circulation of prions would mean that there would be a high level of debility and mortality among those who did eat their own kind. Those who did not, for whatever reason, would have a higher chance of spreading their genes to the next generation, thus ensuring that their offspring would also be less liable to be eaters of their own dead. Simple evolutionary competition would then mean the non-cannibals would displace the cannibals.

Pretty soon, cannibalism would become a biological threat to the tribe, even though its members wouldn’t consciously verbalise it to themselves in such terms. What they’d do is condemn cannibalism as a forbidden act, like incest, another extremely common taboo worldwide. (If at all it was allowed, only specific categories of people - like priests - would be permitted it, and then only of ritually permissible parts of the body, like the heart, which wouldn't be loaded with prions.)

In general, cannibals would be worthy of disgust and hatred, something less than human.

And that’s why the missionaries and the explorers lied.