She glanced over her shoulder at the big man, feeling his eyes burn into her.

He was a very big man, and she felt the small hairs on the back of her neck rise as she noticed his brutal features, the prognathous jut of his simian jaw, the heavy brows above his cruel eyes. What would she do if he called out, ordering her to stop? His uniform gave him the authority to do anything he wanted to her. Her eyes flicked nervously way, and back. There was nowhere to go, no place to run. Running would be the worst thing she could do, anyway. As long as she tried not to attract his attention, perhaps he would let her go.

He was still watching, his small eyes boring into her. She knew she was pretty, prettier than was probably good for her, she’d long grown used to being watched by men. But this wasn’t the harmless ogling that she’d endured since her teenage years. This man’s stare was nothing like that. She didn’t feel like a woman under that stare; she felt like a lab specimen pinned to a dissection board.

Her mouth was dry, her heart hammering, and her stomach clenched with tension. She felt her knees trembling, and was afraid that she would sway on her legs, her body betraying her with the mark of weakness. From the corner of her eye, she saw him turn towards her, raise a hand. This was it, she thought, and resigned herself. Whatever he did to her now, it would be better than this terrifying waiting.

“Then will you move on, please. You’re holding up the line.”

Outside the terminal building, she sank back into the taxi and sighed. In a few minutes, she would be in the hotel. That was the last time, she thought. Never again, she promised. But that was what she’d told herself last time, and the time before that.

Inside her churning stomach, one of the sachets of heroin burst open. 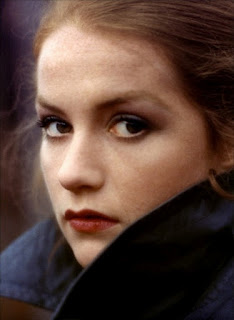