To Live With Honour 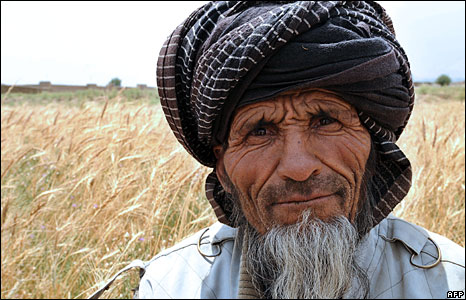 A man came, he flew down from the sky
In a helicopter from the big city.
He read from papers and told us
That we were now all free.
While men with guns stood beside him and frowned
He told us we now had freedom, and we had
Democracy.

A man from the city came and he took my land
Which my ancestors had tilled for centuries
He told the court that it was his by right
And he had bought the documents to prove it.
So the judge gave him my land,
The judge smiled and gave him my land
Legally.

The foreign soldiers came, they came to my house
In the dead of night, and broke down the door
They made my daughters cry, they shouted at my wife
They took what they wanted
My family's honour, my honour
They took it all, and said it was by the rules
They said it was done
Properly.

My son found a bride and planned to wed
And I called the village to the marriage feast –
There were other guests high overhead
And they bombed my son and his wife
They snuffed out their wedded life
Before it began, and afterwards they apologised
Far away in the city they apologised
Nicely.

The police chief said he wanted my girl
He wanted to make her his wife
He wanted to get a sex slave for life
Now my daughter walks in fear
For she knows he hovers near
Her dreams are filled with his voice, raised
Threateningly.

The Taliban came, they gave me a gun
They said they were of the people.
They said I could stand up
Or I could lie in the dirt
They said it was my choice to make
They warned me not to make a mistake
Then they went away, into the night
Quietly.

Today at last I took up the gun
I knew it had no answers
But the choice before me was stark
Die in the light or die in the dark.
I do not fight for Taliban
Or for Freedom or Democracy.
All I can do is choose my way
To live or to die
Honourably.