Dedicated to the children of Yemen, who have been targeted by (Nobel Peace Prize awardee Barack Hussein) Obama's drones and now by a Saudi Barbarian invasion and bombing campaign supported fully by that same Obama. They have had to grow up much faster than any children, anywhere, ever should.

The problem with paintings done on material other than paper is that they can't be scanned, and photos never really come out properly. For instance, the tones of the actual painting are rather darker and the lines are a bit sharper than in this photo. 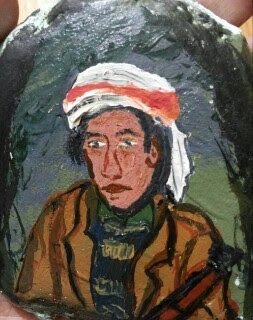 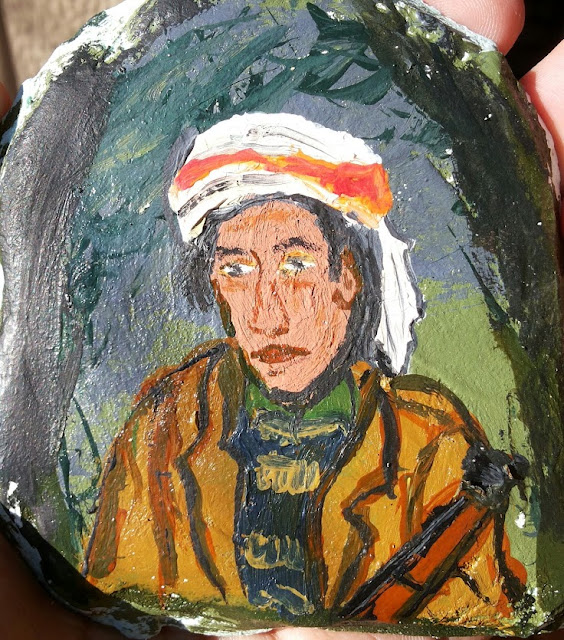 Title: Yemeni Boy 2015
Material: Gouache and Acrylic on Plaster.
Copyright B Purkayastha 2015
Posted by Bill the Butcher at 9:22:00 pm