They’re not, of course, the caped and fanged denizens of the night, who sleep in coffins and cannot see themselves in mirrors. They do not have names like Count Dracula, and they do not suck your literal blood dry.


No, they’re much worse than that.

I’m talking about the vampires who rule international capital. Ah yes, you’re nodding. You know precisely who I mean.

But you know something? The vampires could never achieve anything without local help. They need a fifth column on the ground in target nations, helping out.

This fifth column should never be underestimated. Sometimes they have guns and bombs. More frequently they have pens and keyboards, cameras and microphones. I'm talking of paid politicians and media whores whose purpose is to relentlessly promote the international (that is, Western) capitalist project, to attack its opponents, and to "manufacture consent" for turning over the economy to it.


In India, the ultra-right-wing media is a prime example of this. While the old Hindunazis were actually extremely strongly in favour of an autarckic economy (no foreign capital, no foreign ownership of domestic manufacturing or retail, a concept called Swadeshi and a rough analogue of the North Korean Juche, only without socialism) - the current Hindunazis and their Congress opponents are so united in pro-foreign capitalist policies that they usually compete to see who is even more hospitable to the vampires of Wall Street and Brussels.


That, however, has not stopped the relentless attempts to manufacture consent to make the country free for Western capital. A particular theme in recent days has been praise of Walmart, which still doesn't exist here, partly owing to the opposition of the old-school Hindunazis who still cling to Swadeshi. We're subject to relentless propaganda about how Walmart will make our lives better since, allegedly, "competition will lower costs and benefit the consumer". This is proving a bit of a tough sell for two reasons:


1. The internet age means that the target audience is already aware of Walmart's record elsewhere and


2. The opposition of Indian capitalists like the Reliance group, who already run Walmart-like stores and don't want the competition. These capitalists are the chief source of funds to the main parties, Hindunazi or otherwise, all of whom are, economically speaking, far right; governments can’t afford to annoy them.


It's not just economics, of course. Back in 2003 there was a concerted attempt by paid media whores to manufacture consent for India to send troops to help in the occupation of Iraq. Leading the charge was the ultra-right rag India Today, which pitched the idea that France was about to be kicked out of the Security Council and it was India's chance for a "seat at the high table". India Today's owner-editor, who also routinely passed off Hindunazi mythology as historical "fact", was rewarded with a civilian medal for his trouble, incidentally.

Another piece of right-wing toilet paper, The Telegraph of Calcutta (which was later to celebrate Saddam Hussein’s hanging with noose-shaped headlines and a full front page article), helpfully pointed out in 2003 that if a “fig leaf” was needed to justify India’s sending troops to Iraq, the United Nation’s call to member states to stabilise the situation there should be more than enough. Even more ingenuously, it said that Indian forces would be put out of harm’s way in a place where they couldn’t possibly have to do any actual fighting...in Mosul.

Yes, that Mosul, now Iraq headquarters of the Islamic State.


The individual "journalists" and "columnists" weren't far behind in the race for pay offs. One particularly egregious example is a certain Tavleen Singh, a woman so transparently on the take that even India Today got cautious enough not to renew her contract for her weekly column. She’s been known to even plug an astrologer in her column, and before the 2004 tsunami she was going on about how the government is criminally not letting builders construct within a hundred metres of the shoreline, thus wasting valuable real estate. I wonder who paid for that? Anyway, along came the tsunami, swamping everything within a hundred metres of the coast and more, and she promptly fell silent on that topic.

Here is a case which perfectly illustrates how the payoffs work:


Do you remember Enron? It wasn’t just an Amerikastani abomination. It was here as well. In the early 2000s, Enron signed a deal with the Congress party government in the state of Maharashtra to set up a power plant. Part of the deal was that the government was supposed to guarantee a certain amount of power consumption.  If the actual consumption was less than that the government would have to pay Enron the difference. Sweet deal, isn’t it? I wish I could get someone to guarantee me a minimum income each month and pay me the difference if not enough specimens turned up.


Now the Enron power cost about Rs 7.80 per unit (if I remember right) while all other power sources were supplying power at Rs 2.50 or so. According to Enron, this was all right - as soon as everyone was compelled to buy Enron power the per unit cost would fall. The Hindunazi opposition party in Maharashtra - the Shiv Sena - howled about how they'd throw Enron into the Arabian Sea if they came to power. When they did come to power they immediately negotiated an even more pro Enron deal.


By then this was a major issue and there was pressure on the  central government to step in and kick out Enron, whose power plant still hadn't produced any power but which was already demanding that the state pay it.  At once the media whores like Tavleen Singh began defending Enron.  Apparently if India "reneged" on the deal it would impact on foreign investment etc.  I remember the Singh woman parroting Enron's claim that once its power station began working and everyone was forced to buy its electricity the price would fall to Rs 2 to 3 per unit - without of course giving any proof of how this miracle was supposed to be achieved. I mean, you have a captive market, with a government assured monopoly, with said government paying you for units people don’t consume – what’s your incentive to reduce costs, even assuming you could do it?

In the event, Enron didn’t even try. It never produced anything at all.


Then Enron went belly up in Amerikastan, its chief Kenneth Lay was arrested for fraud and the company was dissolved. Still the Enron owned subsidiary demanded payment for the power it never produced. I think the matter's probably still going rounds in the courts now.

But guess what? The moment Enron ceased being able to pay, the media whores fell silent on the deal. They're still silent on it now.
I wonder why. ﻿ 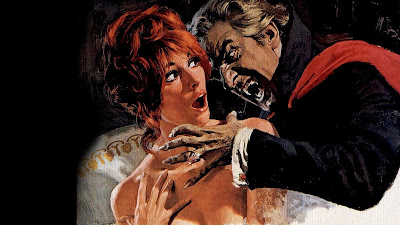