A Small And Frightened Thing

I came looking for him in the endless moment when evening hung green-flushed in the darkling sky.

It was the same place I had been before. The desolate muddy track wound its way down the hillside to a wooden bridge that crossed a weed-choked stream, while on the far side the slope rose to a ruin that might once have been a temple, or a fortress, or a tomb. It was hard to be sure; I had only been in this place when the light was very bad.

Perhaps the light was always poor and it was always drizzling here. There was no way I could say.

There was a big tree to the left of the track, bending its branches low over the ground like a weeping willow. Someone was standing there, almost lost in the thick shadows. When he saw me he stepped forward and stood waiting.

I raised a hand in greeting as I walked down the slope towards him, knowing he wouldn’t reciprocate the gesture. He didn’t.

“I have been waiting for you,” he said. It wasn’t really an answer. “Are you buying or selling?”

“Selling, of course.” He asked me this each time, and the answer was always the same. “Why do you always ask that? I’ve never bought from you, and I am never going to.”

“Never say never. The tide of time brings strange needs to the shores of existence.” Now we were standing face to face, I had to tilt my head backwards to look up at him. His black clothes merged into the midnight black of his skin, and from his enormous height his eyes looked down at me, two holes in the gathered darkness. His voice was a liquid rumble. “Someday you may need what you give away now.”

“All right,” I said. “You know more about these things than I do. Perhaps someday I’ll need to buy. But today I’m selling.”

I reached under my shawl and retrieved the small leather pouch that dangled between my breasts. The trembling little thing in the pouch had grown quiescent in the warm darkness, but feeling the movement became afraid, and shuddered and chirped. I petted the bag and murmured to it until it grew quiet again.

“Where is it from this time?” he asked, his huge hand cupping the bag.

So I showed him.

The darkness and the mud the green dusk and the drizzle fade away, and we’re standing on ochre sandstone, in the middle of a square surrounded by ochre sandstone buildings, under the glare of a steel-bright sky.

The boy is nervous. He’s young, perhaps seventeen, and the wisp of a moustache on his upper lip is beaded with sweat. He licks his lips and pulls at the sleeves of his white dishdasha. His eyes flick back and forth warily at the men gathered in a circle around him.

“You’ll do fine, Murad,” someone assures him. “Don’t worry at all. It’s when you worry that problems start.”

“Just like his father,” another man says. “He’ll be cold as ice when the time comes, don’t worry.”

Murad throws his shoulders back, glances up at the sky, and then down at the object in his right hand. It glints long and thin, the tip of the blade curved just so slightly. His wrist makes involuntary back and forth motions.

The police vehicle and the yellow van draw up. Two policemen in khaki open the door of the van and help out the figure in white. It’s covered completely in white cloth, head to foot, so at first glance one can’t even tell if it’s a man or a woman. It’s no longer really a man or a woman, not now, at the end of its journey. It’s just a wild heartbeat and dry-mouthed terror wrapped in cloth. The two policemen push it down on its knees, quite gently. Its shoulders quiver.

A police officer with a lanyard on his chest holds out a paper to Murad. “Read this.”

Murad’s eyes are the only thing alive in his face as he scans the sheet. We’re both close enough to read over his shoulder if we want, but we don’t make any attempt to. It doesn’t make any difference what’s on that paper, or if any of it’s even true. The only thing that matters is what’s about to happen.

Murad gives the paper back and steps towards the bound, kneeling figure. The long blade in his hand goes up, touches the air above the bent neck, and then pulls back as he looks to the police officer. “Are the victims here?”

The police officer indicates with his chin at a small huddle of people standing to one side. “They aren’t going to agree to a reprieve,” he says. “Do it.”

Murad swallows. His left leg goes back in a practiced movement, his right leg bends at the knee, his sword rises high into the air, poised. His lips move, almost silently, so that the two of us are the only ones who hear what he’s saying. “No compassion,” he reminds himself. “If the heart is compassionate, the hand fails.”

Then the sword comes down in a flashing silver arc, and the quivering body spreads itself on the ochre stone while the head rolls away in a welter of scarlet blood. And something small and dark, terrified and squeaking flutters into my waiting hands, I cup it in them, murmuring to it that it’s safe, I have it safe, it’s with me. The circle of men push forward to congratulate Murad as the scene fades...

...and we were in the drizzling gloom of the hillside, and the tall black man whose name I never knew was nodding slowly.

“Is it good?” I asked, though I knew already.

He nodded slowly. “Very good. I will see you again.” He put the pouch inside his black tunic. “You can go now. Your payment will be made as usual.”

“Wait.” He turned to me in the act of leaving, and I knew he was watching me curiously, though I couldn’t, in the congealed dark, see his face any longer. “May I ask you something?”

“Ask. I may not choose to answer.”

“What do you do with them? What use could they possibly be? The shells, the vehicles, keep walking the earth, doing the things they couldn’t bear to do, but why do you want these? Do you replace them with something else?”

The black man gazed at me for a long time without speaking, and then he turned away downhill, to the bridge and the ruins on the further slope.

“When the vehicles die, when they no longer do the unbearable, will you let these go?” I shouted after him, but he did not even look back. I had not expected he would.

“Who are you, anyway?” I yelled. There was no answer.

And then I was alone in the darkness, standing in the mud and the freshening rain. 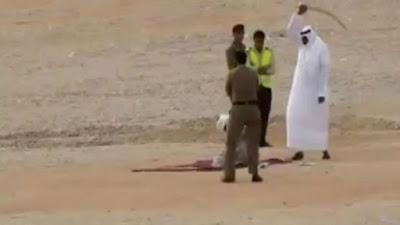