Once upon a time there used to be a word called “grab”.

Back when I was in school, and being introduced to the rudiments of the English language – let me take the opportunity to remind you that English is a language of which I knew not a word before the age of six – we were constantly being reminded not to grab things, because to grab something was to snatch it rudely and/or greedily.

Grabbing was something you most definitely should not do. 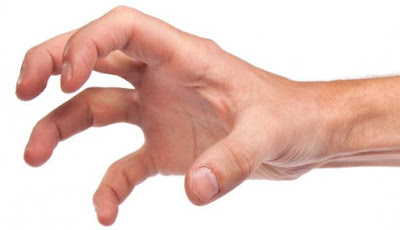 Now, while writing a story a couple of days ago, I realised something – I was deliberately avoiding using the word “grab”, even at the risk of overusing synonyms like “snatch” and “seize”. Why? For one reason only: the word has misused and mangled the word until it no longer means that at all.

Just read any piece of fiction in Americanish – the language, vaguely similar to English, that is used in the Imperial States and its vassals like Japan and the Philippines – and you’ll find endless examples of the word grab, used as, for instance: “I grabbed a Coke”; “I grabbed my shoes”; even, for eff’s sake, “I grabbed some sleep.” I grabbed some sleep? Really?

There are other words that have changed meaning. For instance, once upon a time you could use the word “gay” to mean jolly, happy, or bright, while there were perfectly acceptable synonyms for “homosexual”, such as “queer”, which homosexual people themselves had no problem with. Now “gay” has been reconfigured, while there is no replacement synonym for “happy”, “jolly” and “bright” that I am aware of. I do take some satisfaction in watching as "gay" falls into the process of getting re-reconfigured into “lame”, as in "failure". Serve it right.

But there’s a fundamental difference in that “gay” has ceased completely to mean “happy” or “fun” or any synonym thereof. As far as I know, except for illiterate misuse which has diluted it to the point where its very distinguishing mark – the essence which marked it out as a word with a separate meaning from the generic take – has been lost, nobody has redefined grab. If one uses it now, though, one might as well say “pick up” for all the impact it has as far as the Americanish-speaking masses are concerned. One can’t even mock them for it like when they say something like “I’m laying on bed” by asking them to show you the eggs – because they won’t know even know that they’re being mocked.

I’m strongly tempted to emulate Orwell or Shakespeare and invent words for myself – so that at least I know exactly what they mean and how they’re to be used.

And then I can write a dictionary of them, and people can go grab them off the shelves.

Email ThisBlogThis!Share to TwitterShare to FacebookShare to Pinterest
Labels: language