Those of us who have Blogger accounts will know by now that Google – the owner of the Blogspot platform – has “changed its policy” on a certain burning topic of the day.

So as of the 23rd March of 2015, people who have Blogspot accounts won’t be able to display photos and videos of this very, very divisive and controversial topic, not even if behind a warning page, in public.

I’m sure we’re all very thankful to Google for this action on our collective behalf, of course; but what exactly is it that they’re protecting us from?

Is it, let’s say, gun-worship and proponents of unrestricted firearms ownership? No? Well, is it at least against racism and Islamophobia? Has Google banned cartoons of the Prophet Muhammad with a bomb for a turban or naked with his posterior in the air? No, too? Has then Google banned, say, photographs and videos cheerleading imperial wars of aggression on the far side of the planet? What do you mean, also no?

So what is this topic which is so divisive, so controversial, so abhorrent that Google has decided to wipe it off the face of that part of the earth it controls?

I’ll just let the website state it in its own words:

Starting March 23, 2015, you won't be able to publicly share images and video that are sexually explicit or show graphic nudity on Blogger. [1]

Which is, actually, a 180 degree reversal of its previous stand, which was:

"Censoring this content is contrary to a service that bases itself on freedom of expression." [2]

But there you have it. It’s sex and nudity that Google has suddenly decided it doesn’t like. Of course that’s totally understandable. I mean to say, sex, the tender and beautiful activity without which none of us – including the people who run Google – would be in this world. How can one not ban it? And nudity, the state in which we enter said world and in which state we all are, under our clothes.

How could Google not ban these two terrible things, I say?!?? 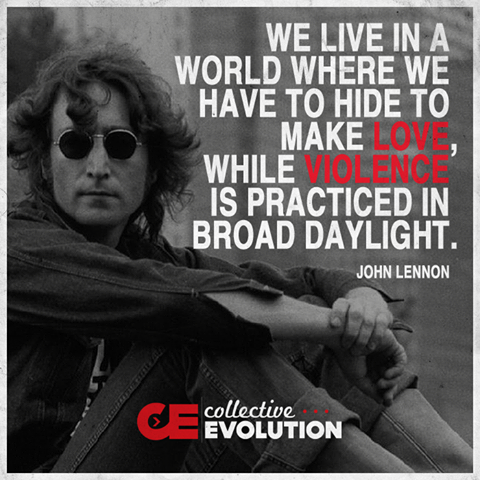 Meanwhile, of course, Google is perfectly happy to let, for instance, people set up multiple and anonymous accounts on its social network, Google Plus. Now on the topic of allowing net anonymity, I am a bit of a fanatic – I am totally, absolutely and without reservation against it. My stance is clear; allowing people to be anonymous online merely opens the door to trolling, lying, cheating, bullying, and spreading propaganda. If people aren’t willing to use their real names online, they should stay away from the net. If that inconveniences them, well, that’s just too bad.

Let me make this point: anyone’s “right” to online privacy ends at the very point where everybody else’s right not to be bullied or lied to begins. There is more than enough evidence that online anonymity strongly reinforces and promotes bullying and trolling [3]  [4].  Also, as the respective levels of trolling on Facebook – which has adopted an uncompromising anti-anonymity policy – and Google Plus, which explicitly uses its policy of allowing fake accounts as part of its USP – show, anonymity breeds trolling, lying, and spreading propaganda. But Google is fine with that. Just as it is with the fact that Google Plus, for example, has a page run by ISIS (yes, that ISIS) which repeated reports asking for action has done nothing to remove.

Yes, as you might have noticed, I am feeling a mite miffed about Google.

Not that Google is completely against nudity, of course. It does realise that there are situations in which nudity just might have to be shown. Therefore:

Let me say right now that this doesn’t particularly affect me, because the sum total of sexuality and/or nudity on my blog is restricted to a couple of paintings, one of which is by me, and a few photographs of the Venus of Willendorf. At least I think it doesn’t affect me, since nobody has ever suggested that the Venus of Willendorf is obscene, unless it’s ISIS and Google is obviously fine with ISIS. Also, Google has not contacted me like it apparently has done with other people.

However, the fact that I have not yet been directly contacted does not mean that my blog won’t suddenly be made private and restricted to members only on 23rd March. I mean, I’ve used the word “sex” many, many times, and

Besides, censorship is a slippery slope. Once Google has begun censoring one thing, how long till it censors another? How long before those of us who have anything to say that Google doesn’t like are banned? That Google doesn’t care much about our concerns is clear, About a year ago, I lost a huge number of photographs and cartoons on my site, and repeated complaints to Google did nothing to even elicit a response, let alone resolve the issue.

Even though Google will be kind enough not to delete existing blogs which have nudity and/or sex, this is virtually a death sentence, since

Restricting blogs which contain explicit content to ‘private only’ effectively kills them off. This is like offering a library where all the books in it are invisible to the readers unless an author is standing there and personally hands each reader a copy of their book [5]

I have to say, of course, that Google has a right to change its policies if it wants. It can turn round and say this, or that, is displeasing to it, and therefore is banned henceforth. It can do all that, and those of us who use its services have no choice but to grin and bear it.

Or we can leave. Vote with our virtual feet.

So here is the problem. I have already moved my online home twice in my life, from Orkut to Multiply in 2006, which was relatively easy because I had little content online back then, and from Multiply to Blogger in 2012, which was a much more difficult and painstaking procedure. Each time I started off new and had to slowly build up a readership, which in the case of Blogger is still very poor. On Multiply, any one of my articles would elicit perhaps twenty to a hundred or more comments. On Blogger, I’m lucky to get two, and amazed if I achieve five.

However, I am seriously beginning to consider moving again. If I do, I will not, ever again, trust my online creations to a third party host. I’d rather have my own website where I, and nobody else, set the terms of service. I had considered that in the past and the only reason I had not done so was the fact that it would be too expensive (I priced how much it would cost, both as a first time expense and as a recurring yearly rental, which, of course, I don’t have to pay on Google). The time is coming, though, where there might no longer be a choice about that.

So if on 23rd March you find this blog inaccessible, that means Google has attacked it, even though there’s nothing in it to attack. Too bad, but there’s going to be nothing I can do about it.

Until then, aux barricades, mes amis.

Meanwhile, here’s a photo that should be totally acceptable to Google, just for you.

Oh, wait, her feet are showing, So sorry about that.