It's A Rich Man's World

"All the things I could do

If I had a little money

It's a rich man's world"

Early today, a car thief was caught red-handed breaking into a vehicle in the basement parking lot of the building where I have my clinic.

He wasn’t much of a thief to look at. Not more than 14 years old, if that, with a remarkably innocent face. The security guard employed by the building management caught him, and he was under citizen’s arrest when I got there, awaiting the arrival of the police. 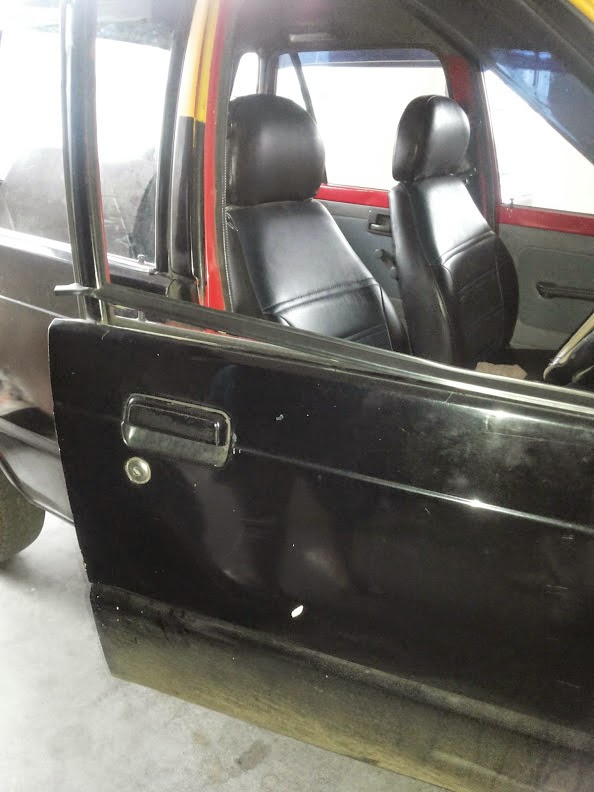 Now, I want to say right away that this wasn’t one of those cases where poverty had driven a child to crime. As it turned out, the kid was from a middle class family, and was out for a fast buck. Whatever a fence would pay him for the car (or a CD player or anything else he could steal from it if he couldn’t manage to get away with the vehicle itself) could finance a lot of electronic equipment and cool clothes.

In fact, until the last few years, juvenile crime was almost unknown in this part of the country. However, ever since “economic liberalisation” and the rise of the Great Indian Muddle Class, moral values have taken a battering, and kids are taking shortcuts to wealth more and more. We aren’t quite at the point of child gangs like those of City of God, but we’ll get there eventually.

As far as this particular young criminal was concerned, he was lucky. Nobody lynched him or even laid a finger on him. If he’d been in parts of North India, he mightn’t have been quite so lucky.

I mentioned this little, and quite unimportant, episode because it dovetails with a major “scandal” which has the Indian media all agog at the moment. A former child actress, one Shweta Basu, was caught by a sting operation doubling as a high-priced hooker.

As the salacious details of this young woman’s fall from grace were splashed all over the media – and she’s not alone – the magazines all noted that she had turned to prostitution because her movie career had gone nowhere, leaving her desperately short of money. Some of them also spoke of how prostitution could be legalised as a way out of the undoubtedly ludicrous employment of police energies in stalking adults engaging in private sexual activity.

Now, this is not a discussion about the legal status of prostitution, a topic on which I have very mixed feelings. On the one hand, legalisation would undoubtedly reduce the harassment of prostitutes by police for protection money, would make it a regular, official and taxable business, and would go some way to reducing the colossal hypocrisy which puts all the blame for the sex trade on the prostitute herself. On the other, even in nations with legal prostitution like the Netherlands, women from Eastern Europe are still being sexually enslaved – and in our hypercorrupt environment I have no doubt that things would be no better.

In any case, that’s a topic for another day.

Now, while the magazines drooled salaciously over Basu and made references to the casting couch, they left one topic alone. What they emphatically did not say was that she had no other avenue for employment for the simple reason that she – like the others – had thrown way her childhood in acting rather than education.

It’s actually a depressingly common phenomenon here; parents push their kids to succeed at all costs, to the point where the kid becomes little more than an automaton. I personally knew at least two teenagers who committed suicide because they couldn’t take the pressure their parents put on them (and I was, as those who know me personally are aware, very nearly a third). And if the kid has any chance at all of earning money as a child actor or model, why, a lot of educated parents suddenly decide education isn’t so important after all, and that immediate earnings are much more important.

It’s the same get-rich-quick impulse of a consumerist society which drives car thieves like the one from this morning. Ad it comes crashing down a well, when one day the child, now grown, finds herself with no job, no education and no prospects.

If this had been a society which cares for its children, it would have had laws forcing parents to educate their children, and in the case of child actors and the like to limit their time in the studios to vacations. At the moment, the only limiting factors are the child’s ability to land roles – and the parents’ greed.

Of course, the parents never blame themselves. It’s never their fault for not teaching the child the difference between right and wrong, or for not thinking of the star-of-the-moment’s long-term future. Either way, they're prostituting their kids, in one way or another.

It’s only the money, and what it can buy, that matters.

I wonder what will happen to Ms Basu, and to the car thief. I'd like to think they'll straighten out their lives.

But, given the realities of how these things go, I doubt it very much.