The Parable Of The Tapeworm

This was written for the newspaper The Meghalaya Times and published here. 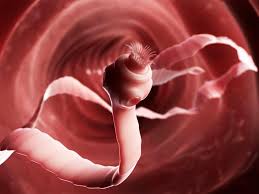 Once, long ago, there was a little tapeworm that happened to hatch inside a human’s stomach.

The tapeworm was very happy in there. It was warm and moist inside the stomach and intestines, no matter what the weather was like outside, and no enemy with sharp claws and ripping teeth could reach the little tapeworm there. And, best of all, several times a day the tapeworm would be bathed in warm food, already digested and broken down, which the parasite simply had to absorb into its own body. It was a very nice place for the tapeworm and soon it grew larger and larger, and ate more and more.

There were a few other creatures living in the intestines, bacteria and protozoa, which helped the human digest his food. They broke down the complex food material, the cellulose in the cell walls of fruit and cooked vegetables, the polysaccharides in the bread and grain and made it into a form that the stomach’s digestive juices could absorb. The tapeworm ignored them, except for busily absorbing the food that they broke down as soon as it had been digested. And the tapeworm grew bigger still, and absorbed yet more food, so that the person began to feel hungry all the time, and had to eat more. But eating more only meant that there was more food for the bacteria and protozoa to break down and the stomach juices to digest, which in turn meant that there was more of the fruit of their labours for the tapeworm to swallow.

And the tapeworm grew bigger still.

Then one day a thought occurred to the tapeworm. “Since this place I live in is so perfect for me,” it thought, “only I should have a right to enjoy it. I will permit nothing else to live here. I will keep it for myself. None of these bacteria and protozoa have any right to share it with me, because I am so much larger and more powerful than they.” And it began wriggling and writhing and lashing out at all the bacteria and protozoa that lived in the intestine, and killed a great many, and drove many more away into the lower colon, though it could not kill or chase away all. And the human began to suffer because with the reduction of hard-working bacteria and protozoa breaking down food, there was less digestion going on, and of what little happened, the tapeworm ate almost the lot.

The more the tapeworm ate, the larger it got, and the larger it got, the hungrier it got, and since there was less and less food being digested, there was less for it. “It is all the fault of this human I live inside,” it declared. “He is selfishly eating so little that I am hungry. Well, then, I shall force him to do what I want. I will permit no food into the intestine at all.” And, pushing its elongated mass, bloated with all the nutrition it had swallowed, into the opening of the stomach into the intestine, it blocked off the passage completely.

“Now he shall suffer,” the tapeworm thought to itself with satisfaction. “He will be forced to let me have as much food as I want, and I will share none of it with all the bacteria and protozoa. This place shall be mine alone.”

But the human, with his digestive tract blocked by the worm, for the first time, felt sick enough to visit the doctor, and the doctor gave him some medicine, which he swallowed. And the medicine did its work, the bacteria and protozoa came flooding back, the food was broken down and digested and the human regained his health at last.

But the tapeworm was dead.