Dr A and P-man

Let me tell you a story.

Like all good stories, we have a hero. And since superhero stories are popular right now, our hero is a superhero.

All together now: who can fly faster than a speeding hypersonic missile? P-man! Who can jump higher than a B 52 bomber flying through Ukranazi airspace up to the Russian border? P-man! Who can travel through time and space so that he can see 10135 years into the future and can make plans that no mere three dimensional mortal can comprehend? P-man! Look up at the sky. Is it a plane? Is it a bird? Is it a Covfefevirus to thin out the herd? No! It's P-man!

Anyway, so P-man has a friend, Dr A. A very very good friend is Dr A, who has a fine large house, albeit nowhere near as large as P-man's mansion. And so good a friend is Dr A that he has reserved a room in his house for the use of P-man whenever he wants.

You wish you had a friend as good as that.

So the Godfather, we might call him the Don, gathered together his caporegime and underbosses, their hitmen and associates, and sent out a call for more thugs and gangsters to gather. And when enough were gathered, they climbed over Dr A's fine boundary wall, and broke down his gate, smashed his doors, and broke into his house.

Dr A and his family, as well as two friends and neighbours, began valiantly fighting as hard as they could, but they were few in number, and little by little they were driven back, being forced to abandon the garden, the bedrooms, the dining room, the living room, the kitchen, the bathroom, until they were cornered in the gym room with the mafiosi trying to smash down the door. Dr A, after resisting for so long, decided he had no other option but to call on his great friend and superhero, P-man, for help.

And with a flash like an exploding hell cannon and a  roar like a low flying SU 25, P-man arrived! Dr A and his friends and family, reinvigorated with hope, stormed out of the gym and drove - with the help of some superpowered slaps, kicks, and punches from P-man - the Don's mafiosi out of the kitchen, out of the dining room, out of the bathroom, and out of the living room. Now only the bedrooms and the garden were still occupied by the mafiosi, and Dr A prepared to storm them too and end the home invasion once and for all.

But hark! What dread words word fall from P-man's lips? Are they - can they possibly be - "negotiated peaceful settlement"? Does P-man hold back Dr A from breaking down his family's bedroom doors, behind which a few surviving mafiosi even now continue to strip the wallpaper from the walls, the carpets from the floors, the light fixtures and furniture, and remove them elsewhere while painting PROPERTY OF THE DON on all available surfaces?

They are! He does!

Does P-man then call to the Don's consigliere - perhaps we can call him Sultan E - and sign an agreement with him? Does this agreement leave the garden and the bedrooms in the Mafia's hands? Does Sultan E agree to let P-man poke his head through the bedroom doors at intervals for brief periods in return? Why, yes, he does!

And when P-man tries to actually poke his head through the bedroom door, does Sultan E slam said door in his face? That too!

And does the Don himself squat in the other bedroom, rifling through Dr A's wardrobe for his best suits and shirts and ties to steal? My, yes!

And is the very worst Mafia hitman of all - a most bloodthirsty psychopath, known as The ZE - tramping through the garden, shooting through the windows at Dr A and his friends and family? And does P-man totally ignore this, popping out every now and then to share tea and biscuits with The ZE? Why, yes, yes, he does!

P-man! What a friend to Dr A, P-man! Everyone can trust him forever and ever, P-man!

Remember, it's only a story. It's totally not an analogy for anything! Why would you even think that? 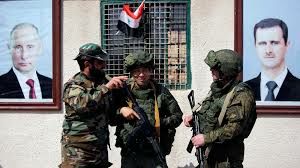