I was probably going to write a story or something this evening, but then I got some news. An old friend and regular reader of mine, Ulla Langoo – whom I’ve known since the days when we were all on Multiply – died this evening of breast cancer. 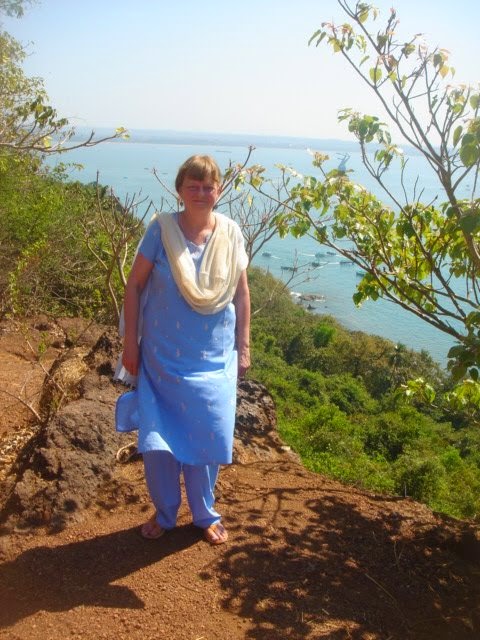 This was, in fact, not altogether unexpected, because exactly a month ago she had sent me a message saying she was sick, “probably dying”. She’d said she’d decided not to have any treatment and though I had asked why she didn’t reply. I never heard from her again.

This is the third close online friend I’ve lost in the recent past. And since I’m not exactly quick to pick up new friends, and even fewer form any kind of personal rapport with me, that’s three fewer people who give a damn about what I have to say.

A Dane married to an Indian Kashmiri, Ulla was one of the smartest people I’ve known online. She was sharp as a tack, fluently multilingual, and one of the few these days with a Classical education (she taught me some things I didn’t know, including the term Islamomisia which I now use regularly). I wish I’d got to meet her in person at least once. It’s strange to think she won’t be reading and commenting on my posts again.

It seems that winter is the time of year when death always comes visiting those in my life.

Ulla, as I said, had breast cancer which she decided to leave untreated. I can only speculate on her reasons for that. But this is something I’ve been thinking about over the years, ever since the time over twenty years ago when I developed a mysterious pigmented spot on my foot which I suspected was melanoma. Was survival worth the loss of a leg? Perhaps. But what if it had spread elsewhere, like this charming kind of cancer is wont to do? What then? Would prolonging my life by a few months or years of radio and chemotherapy be worth all the pain and misery?

And it is filled with pain and misery. I’ve watched my father get intestinal cancer, undergo a colostomy, and then die of complications from his chemo. On the other hand, two relatives who had breast cancer both underwent successful mastectomies and lived for years afterwards. One of them is still alive. I suppose it would depend on the prognosis, but there again, prognosis doesn’t always match the reality.

I wasn’t planning to get all morbid. But death kind of does that sort of thing to one.

See you all tomorrow.


*That spot on my foot disappeared over time, by the way, in case you're wondering.