Actually, a lot of interesting things happened Saturday, including people so far round the bend that they needed a psychiatrist, not a dentist, but that’s a story for another day.

But this is what happened:

Now, I bought – like most Indians who have life insurance – policies from one primary source, the state-run Life Insurance Corporation of India (LIC). I have three policies from them, all bought together about thirteen years ago. I’m not really a believer in life insurance, but I get a tax rebate for the investment, just FYI.

On Saturday – that’s 26th July – at just after 1230 pm (remember that time – it’s important), I was at work when I got a phone call from a person  who identified himself as Rohan Sharma and started asking questions about my LIC policies. He verified that I had LIC policies, and immediately asked if I was still in touch with the agent from whom I’d bought the policies. I said I wasn’t. (Actually, the agent was an ex-girlfriend who is now not associated with LIC in any way and with whom I no longer interact in any fashion. We have...a history.)

As soon as I’d said that I wasn’t in touch with the LIC agent, the caller’s voice changed. He said he was from Future Generali India LIC Ltd. (a private insurance company of which I hadn’t previously ever heard until that moment). He said that my LIC policies had earned “benefits” of over 130,000 rupees, payable on 30th December 2014 – these “benefits” (of which I had never before heard either) were allegedly the interest on my policy premiums, which were reinvested by LIC and FGILIC in the ratio of 30:70.

But, this Sharma said, the money would not be paid to me since the company had received my file back with a notification saying “please cancel his benefits” and the amount would be then returned to LIC and my LIC agent. Horrors!

So – you understand that it was my lunch break, so I had some time free – I asked him what I should do. I’ll pass you on to my superior Rahul Khanna, he told me, and gave me a file number (ADN 17417) to quote. So I waited for a few seconds and was put through to this Mr Khanna, who for all I know might have been sitting in the same room. Right.

The first thing Rahul Khanna asked me – again – was whether I was in touch with my LIC agent. I said I wasn’t, and again at once I could just about hear his voice change instantly. (If I’d have told them that I was in contact with my LIC agent, they’d have dropped the conversation immediately.) He then went over the same ground as the earlier guy. I asked him what I was supposed to do.

Thank you so much, and what is this personal advice?

“You could buy a fresh policy from us,” he said, “one which matures on 30th December. So on that day when your policy matures the sum will be returned to you along with the 130,000 rupees of yours lying with us.”

But there was a catch. “You’ll have to do it immediately.” Because if I waited, the file would be “closed”. In fact I would have to buy the policy immediately, right away. Like in half an hour.

No problem, he said, all I had to do was courier him (to an address he gave me, in Pune) some things. What things?

All these had to be sent by 2pm – less than an hour and a half, while I was talking to him. I told him I didn’t have a copy of my PAN card available, just to see how he would react. No problem, he said, you can send that later.

And after couriering these things, I was supposed to let him know the courier consignment note number (so they could pick up the envelope at the courier office, I assume) and I need have no further worries.

Because as soon as he’d got the cheques he would provide me with a “secret log on” which I would have to use to recover my money at the appropriate time. Sounds legit, yeah.

By now, of course, two things were already screaming “scam” at me, apart from the fact that I’d never heard of any such “benefits” from anyone who had ever taken an LIC policy. The first was his extreme insistence on haste. What was the tearing hurry? How come, if Saturday was the “last day”, did he have to wait till then to call me, and then till 1230? Incidentally, the LIC working hours on Saturday are from 1030 to 1230, so since he called just after that I shouldn’t have been able to contact them to verify the situation. Also, it seemed to me that the rush was meant to prevent my taking the time to think.

And the second thing? Well, that private insurance companies are closed on Saturday.

As soon as he had terminated the conversation I walked over to the LIC office, which is only a short distance from my clinic. As I anticipated, the staff was still there, and I managed to speak to one of them. He told me what I already knew, that there was no such “benefit” due me. Just to check, I looked up the Future Generali India LIC head office phone number online and called them. The only person I got was a security guard who informed me, sure enough, that the place was closed on Saturday. He did, though, give me the FGILIC customer service helpline number, and I called them. What they told me was that their office never contacted non-customers in any manner and that this was a scam.

Meanwhile, the scammers kept calling me at roughly five minute intervals from 130 pm onwards, probably desperate to prod me into sending the cheque. I didn’t take any of the calls, and they stopped abruptly after 2 pm. Incidentally, these calls were allegedly coming from Pune, but my caller ID identified it as a Delhi number.

The whole experience was both fairly instructive as well as entertaining, and it gave a good window into the modus operandi of these criminals. It’s certain that they are either employees of FGILIC or have someone on the inside, who will cash the cheque for them. They also, without a doubt, haven’t tried this only on me; and I’ll bet that they get busy every weekend, when people are mostly at home and have time to talk to them, but not enough time to think, and no way to check up.

I’ve sent a letter describing these events in a more abbreviated version to the local paper, and in a much more formal version (with the purported names and phone numbers of the scammers) to the LIC here. Let’s see if they take any action.

I can imagine the scammers’ pleased anticipation when they’d imagined they’d got me in the bag, and their baffled fury when I stopped taking their calls. Well, at least they wasted time on me (not to mention phone bills) they could have used to successfully scam somebody else. 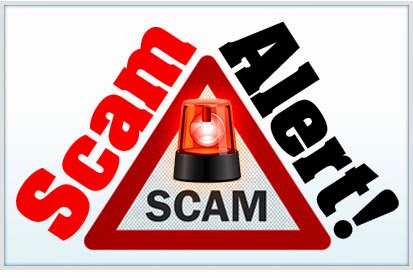